The arrival of Nancy Pelosi at Fornellito visit the house where the mother was born over a century ago, is an opportunity to think back to how many characters of Molise origin have made a career, some prophets at home, many others around the world.

If the Italians were a people of saints, poets and navigators, then the Molisans are people of actors mainly, or more generally of artists. The number of Molise celebrities from the small and big screen is impressive, but many others have shown their talent in the arts much more than in the field of entrepreneurship, politics or sport.

To put together as many names as possible and draw up a sort of Top20Primonumero.it made use of lists scattered around the web, some updated and others not, also because forgetfulness is always around the corner.

In our special ranking of the 20 most famous Molise people, it is impossible not to start from Robert De Niro, whose great-grandparents were from Ferrazzano, a two-time Oscar®-winning actor and star of dozens of unforgettable films. Behind him we put Don DeLillo, an icon of contemporary American literature, with roots in Montagano. So a local talent that has recently left us as the singer from Campania Fred Bongusto. And then Elio Germanoactor originally from Duronia, Aldo Biscardi TV journalist from Larino, Benito Jacovitti, cartoonist from Termoli, Paul and Mira SorvinoHoolywoodian actors originally from Casacalenda, the speaker of the US Chamber Nancy Pelosi from Fornelli, the writer of Guardialfiera Francesco Jovine and the actor John Lynchmother of Trivento.

Curious to note how in one of the historical films of the nineties, the timeless ‘Goodfellas’, De Niro starred alongside another famous Moliseian such as Paul Sorvino, father of Mira who a few years later also won an Academy statuette .

But as mentioned, everyone has their own personal list, like the one published some time ago by the journalist and professor Roberto Colellaor the one available on the site of Forche Caudineor the publication of the magazine of the Arturo Giovannitti Foundation (photo below). 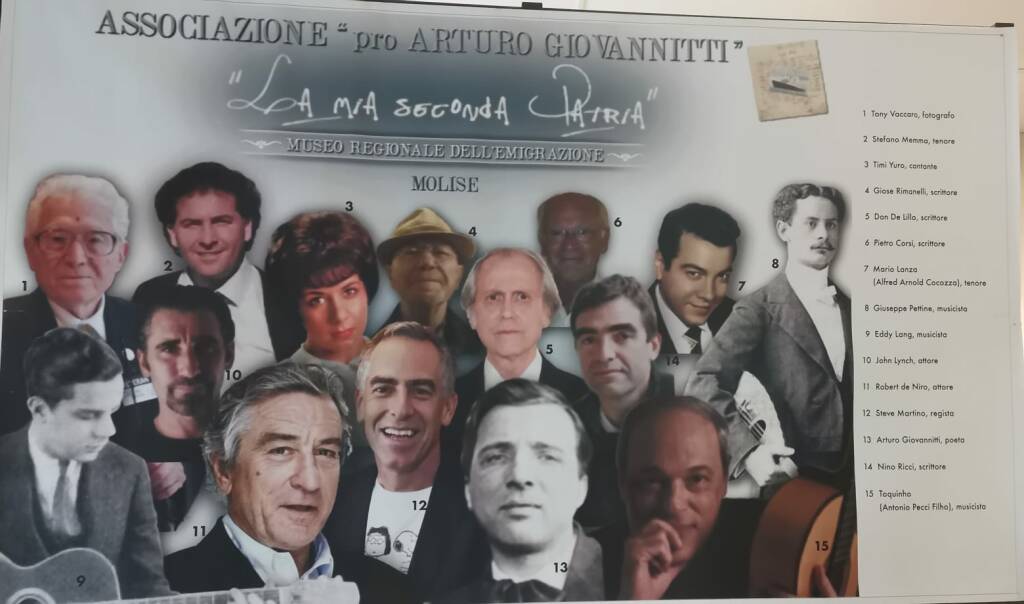 Drawing inspiration from those, Primonumero publishes two, dividing the celebrities between those still alive and those who are no longer there but have left an indelible trace of themselves.

To these we add two names as unconfirmed sources refer to Molise roots, namely the stylist Laura Biagiotti and the American singer Dean Martin, originally from Abruzzo but according to some of a Molise mother.