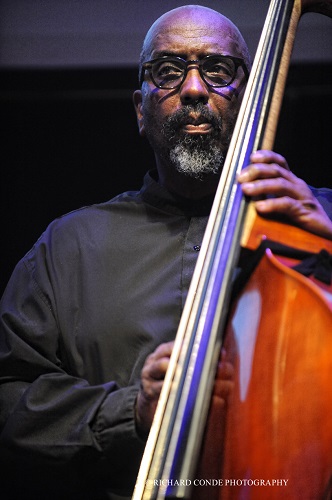 FORLÌ – After a long wait, the legendary is back on the stages of the whole world William Parker, absolute protagonist of jazz and beyond. And the first European tour after this forced break will start right from Forlì – Sunday 3 July (9.30 pm) atArena San Domenico – and will see it together with two exceptional musicians, like Pasquale Mirrathe best known Italian vibraphonist e Hamid Drakeanother icon of the world music scene that continues to write the history of music.

Organized by Seismic Area in collaboration with the Municipality of Forlì, the concert will be the preview event of the sixth edition from Forlì Open Musicthe festival dedicated to different sound languages, from tradition to the present, which will take place over the weekend of 5 and 6 November 2022, with great artists from the international scene. Among the first confirmed names, the incredible Franco-Japanese quartet Kaze with a special guest, the great electronic music composer and performer Ikue Mori; the young saxophonist, composer and improviser Chris Pitsiokos (1990) among the greatest exponents of New York avant jazz; and the Sidera Saxophone Quartetamong the most important and appreciated formations on the contemporary Italian scene.

The extraordinary nature of the composed trio by William Parker, Hamid Drake And Pasquale Mirrais due not only to the absolute caliber of the protagonists, but also to the eclecticism they are able to exhibit, passing from funk to soul, to references to classic jazz and world music.

Defined by the New York Times “irreducible musician”, the double bass player William Parker, has been active since the 1970s, making himself noticed by the public and critics by playing with the pianist Cecil Taylor. He also performed in various Peter Brötzmann ensembles and played with the saxophonist David S. Ware from 1989 until his last concert in 2011. In the early 2000s he founded the William Parker Quartet, whose album O’Neal’s Porch was included in the Best of 2001 by the New York Times, DownBeat and the Jazz Journalists Association. Subsequently Petit Oiseau was chosen as one of the best jazz records of 2008 by the Wall Street Journal, BBC Radio Three, The Village Voice and PopMatters. In 2006 Parker received the Resounding Vision Award from Nameless Sound. His book came out in March 2007 Who Owns Music? published by Buddy’s Knife Jazzedition in Cologne, where he collects his political thoughts, poems and essays. In June 2011 his second book was published by RogueArt, Conversationsa collection of interviews with leading free jazz musicians and far-sighted thinkers, mainly from the African American community.

From 2013 to 2018 he was nominated best Italian vibraphonist by the trade magazine Jazz it.
In 2014 and 2015 he is also considered among the best musicians of the year by the critics of the Musica Jazz magazine. Since 2008 he has been collaborating on a regular basis with the well-known American percussionist Hamid Drake with whom he plays and has played in various projects participating in numerous festivals in America and Europe. With i Mop Mop, a group with which he has been collaborating on a regular basis for 15 years, he plays in numerous European festivals and takes part in the music of the film “To Rome with Love” by the American director and actor Woody Allen. Since 2015 he has been playing with the group C’mon Tigre with whom he played in many Italian and European festivals. You have recorded over 40 discs for various Italian and foreign labels and you are a member of Bassesfere collective, an association for the development and dissemination of improvised and research music. He carries out an intense didactic activity as an external expert at the Primary Schools of Bologna and supports workshops at various Italian Festivals. He holds Conduction Masterclasses at the State Conservatory and the Liceo Musicale in Bologna.

Percussionist and vocalist Hamid Drake he is considered the fundamental drummer of the new American jazz. Born in Louisiana, raised in the stimulating atmosphere of the black Chicago of the 60s, the young Hank (later he would take the name of Hamid) approaches the association of musicians called Aacm, which has revolutionized the conceptions of jazz. He joins the group of one of the Chicago veterans, the saxophonist Fred Anderson, with whom in the 70s he made his first tours in Europe. At 23 he is still an immature drummer, but already shows interest in the polyrhythms of other African American cultures, in particular Jamaican reggae. In the same year he collaborates with Don Cherry; this historical trumpeter and multi-instrumentalist exposes him to his own multicultural conception of music, which will deeply influence him. It is no coincidence that shortly after Drake joined the Mandingo Griot Society of the great Gambian griot Foday Musa Suso.

The re-appropriation of African roots leads Drake to frequently use the traditional drums of the various African ethnic areas, an element that makes his music very original, especially when he returns to work with leading avant-garde jazz players such as William Parker, Ken Vandermark, Peter Broetzmann. To underline the wide and heterogeneous range of experiences, we cannot fail to mention his involvement in the formations of Herbie Hancock and Bill Laswell.