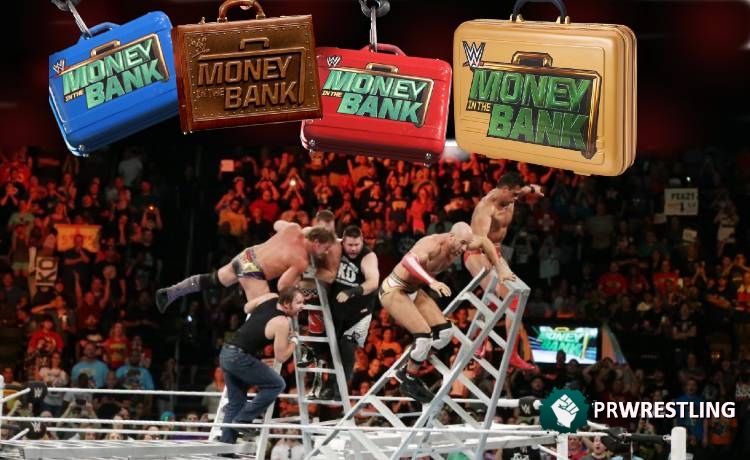 Money in the Bank takes place TODAY at the MGM Grand Garden Arena in Las Vegas, Nevada at 8 pm ET.Here are my predictions of what will happen in the show:


FOR THE RAW WOMEN’S CHAMPIONSHIP
Bianca Belair (c) vs. Carmella

PREDICTION: WWE is clearly not in the mindset of throwing the house out the window with this event and this match is one of the examples. Carmella was brought in and rehabbed on short notice to set her up as a challenger, but no one – or at least me – sees her as a possible winner at this point. Bianca holds back.

PREDICTION: Here the same thing happens as the previous one. After months of doing nothing with Natalya, they gave her a rehab for several weeks to place her here. Round holds.

FOR THE UNITED STATES CHAMPIONSHIP
Theory (c) vs. Bobby Lashley

PREDICTION: The shaky but sure push of Theory continues, and it will be interesting to see what they do here in terms of whether they present him as a fighter of caliber, or a ‘goof’. We already saw Lashley beat him on Raw to earn the opportunity, so I see Theory holding on.

PREDICTION: It can go either way but I still don’t see the Usos being dethroned until a bigger show comes around. Uses retain.

WOMEN’S MONEY IN THE BANK
Lacey Evans vs. Alexa Bliss vs. Liv Morgan vs. Asuka vs. Raquel Rodriguez vs. Shotzi vs. Becky Lynch

PREDICTION: The winner will be either Ronda or Bianca’s next challenger, assuming they both hold on for several more months.

Raquel and Shnotzi I see them far away since their characters have not yet been able to connect within the Universe. Lacey Evans is another character that WWE has blurred since her return and that’s why I also discard her. Asuka already had her briefcase so I don’t see her repeating it, just like Alexa who had it in 2018 (although she didn’t completely rule it out).

That leaves us with Morgan and Becky as the most likely. Both from Raw, and both would potentially challenge Bianca. At this point I see more of a rude with the briefcase, and since Lynch never takes her away from the star scene for long, I see her winning here.

MONEY IN THE BANK MALE
Drew McIntyre vs. Sheamus vs. Seth Rollins vs. Omos vs. Sami Zayn vs. Riddle vs. Madcap Moss

PREDICTION: Here things are a little more balanced, and the prediction is based on the fact that all roads lead to Roman Reigns.


I don’t see Sami, Sheamus, or Rollins (he won it before) winning today. Madcap Moss seems to be on his way to better things but I don’t see him in this title scene yet.

Omos has a chance because WWE is like that (Otis, never forget). Riddle also has a bit of a chance but with the loss to Roman a few weeks ago they killed a bit of the desire to see something between them.

That leaves us with McIntyre. Although he has been away from the star for many months, WWE has kept him strong, and Roman needs an opponent. The company event in the United Kingdom is approaching and it is rumored that it will be McIntyre vs. Roman there, although that does not necessarily mean that the briefcase will take him to the position.

Similarly, McIntyre vs. Roman could be happening several times in the coming months, and there the briefcase could be a factor. McIntyre wins.