After the accusations and the controversies, the music. After participating in the Seven 7oo project, an 11-piece EP with guests Rondodasosa, Baby Gang and Vale Pain, productions by 2nd Roof, Marco Zangirolami, Dystopic, Nko, Room9. «Inside» writes the rapper «there is not only music, there is a part of me, each track has a different story and a different vibes from the other. Most of this project was done in a bit of a weird time… alone, with no one, just me and the microphone. I hope someone finds himself in these stories, to remind us that we are never alone ». 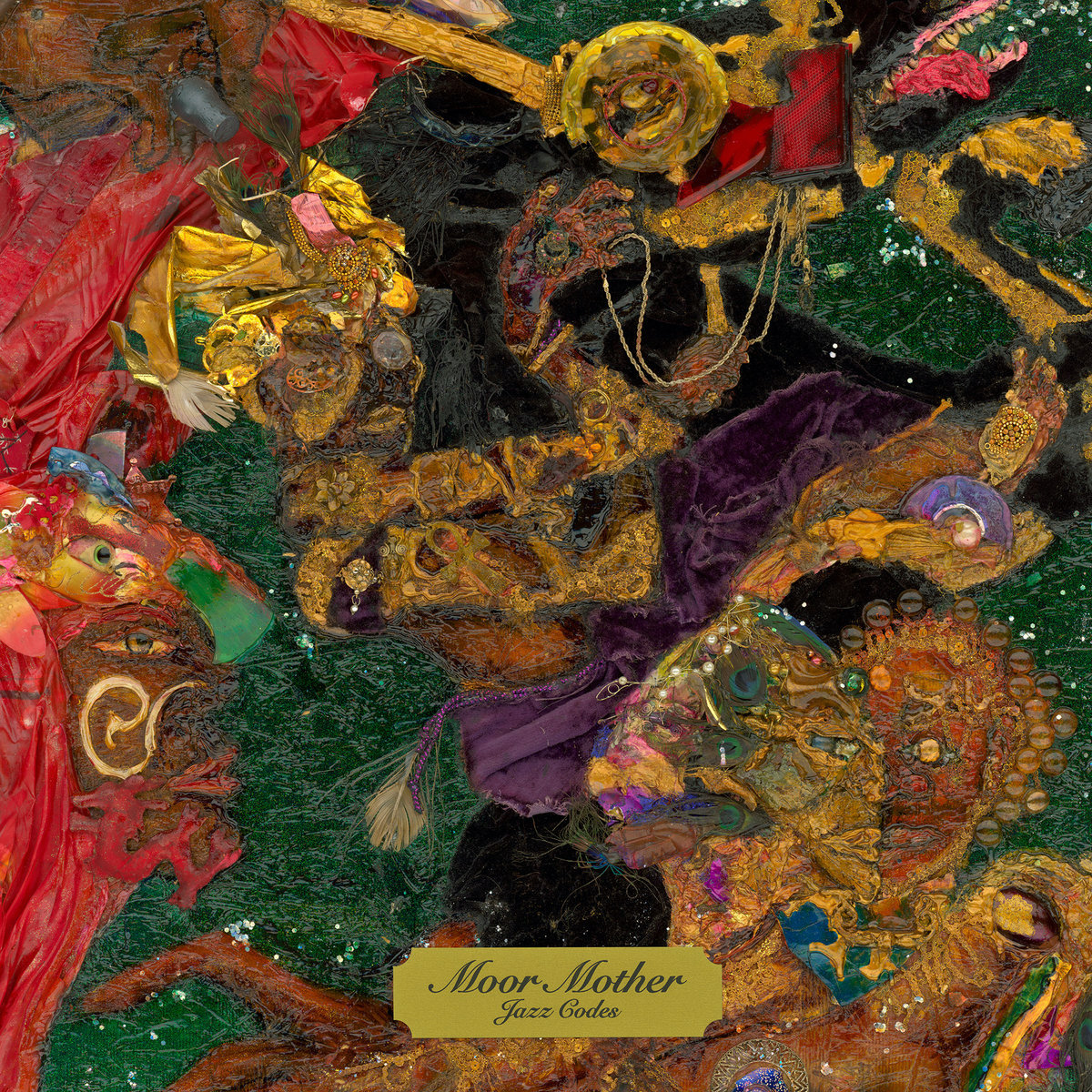 After Black Encyclopedia of the Air (we wrote about it here), a mix of pop song, jazz, soul, hip hop, with Mary Lattimore, Melanie Charles and others, under the banner of what Moor Mother calls Black Quantum Futurism. 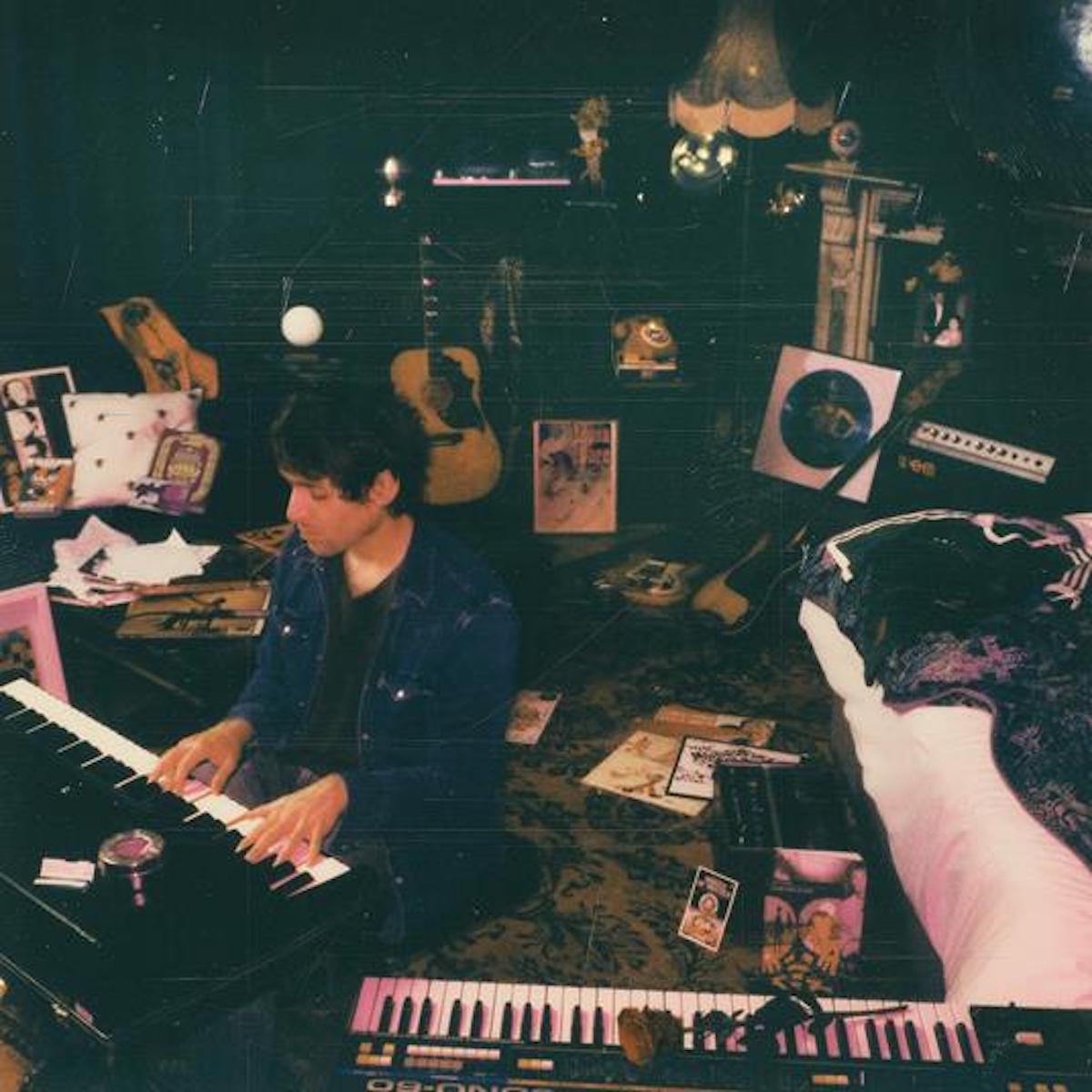 After his debut about fifteen years ago, today Nutini is an adult and mature songwriter, as shown by the singles Through the Echoes And Acid Eyes. At first listen, it feels like a solid record, made up of well-written, well-arranged, well-thought-out songs, with some small derailments. And that’s okay. 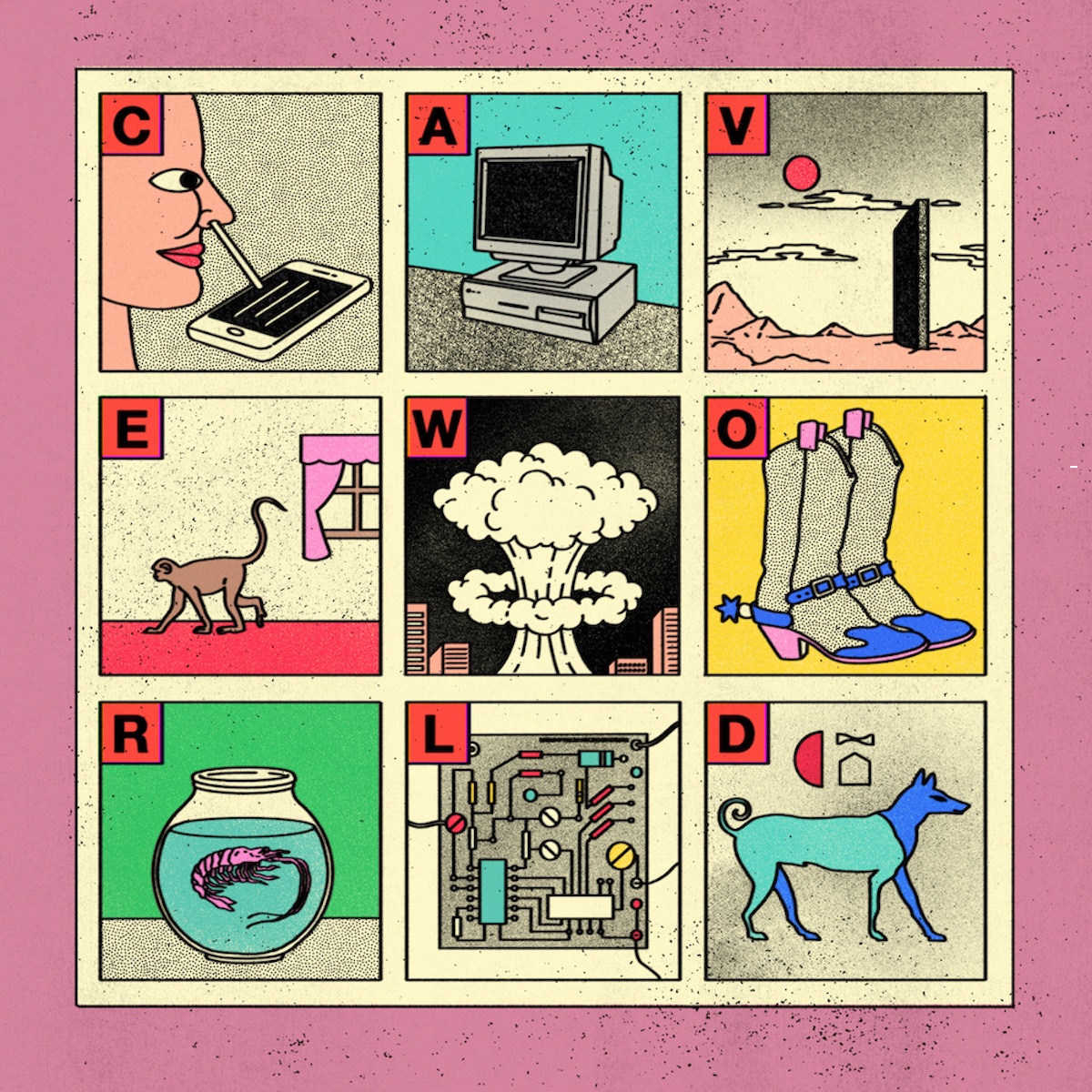 The album by the Swedish band, one of the protagonists of the post-punk revival in Europe, is inspired by a conspiracy theory on evolution. “People,” singer Sebastian Murphy said, “see monkeys as primitive life forms, yet we have built this horrible society where they kill each other and wage wars, while they are able to love and feel. Who are the real apes, then, them or us? ‘ 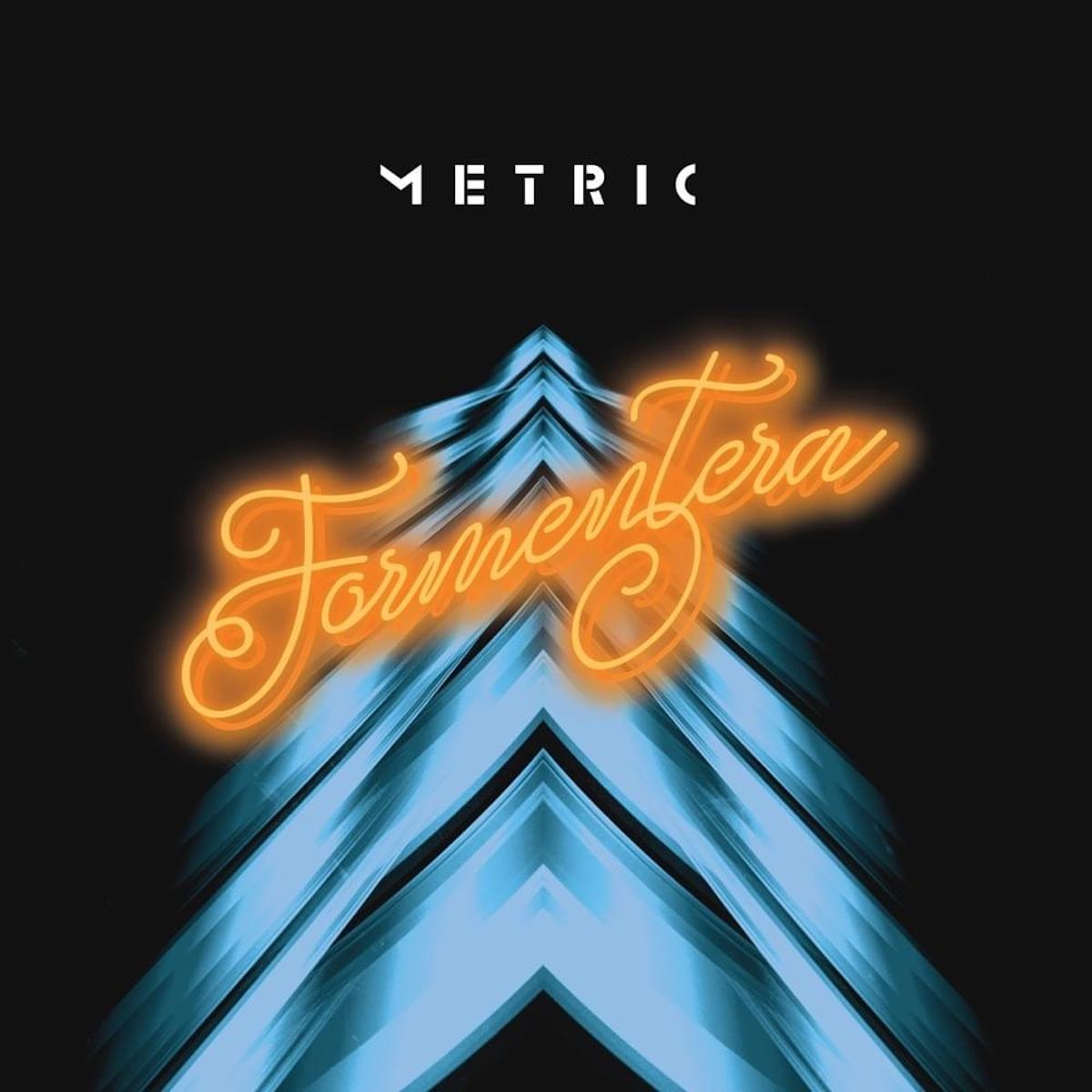 The Canadian band reaches its eighth album in almost twenty years of career. Emily Haines’ group certainly does not aim to re-invent the wheel, but to demonstrate a certain constancy and solidity in its genre, as demonstrated by the launch single What Feels Like Eternity. 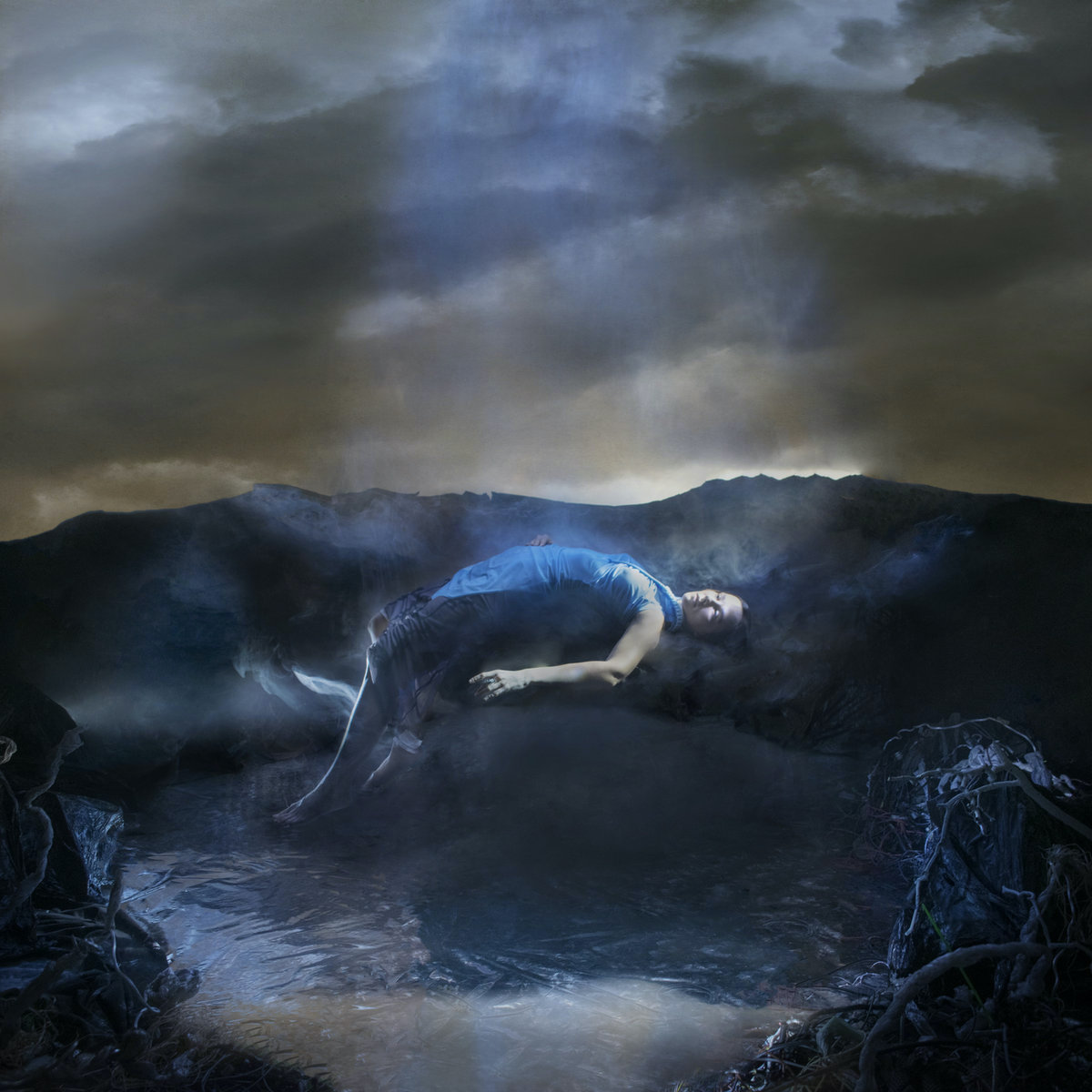 Caterina Barbieri is the most loved Italian electronics artist abroad right now. She is talented, she has an incredible aesthetic, she is damn cool while doing something that, until yesterday, was for a select few in electroacoustics. Spirit Exit it broadens the sound spectrum and could be the record of the definitive international consecration.

“The Other Side of Make-Believe” Interpol (July 15) 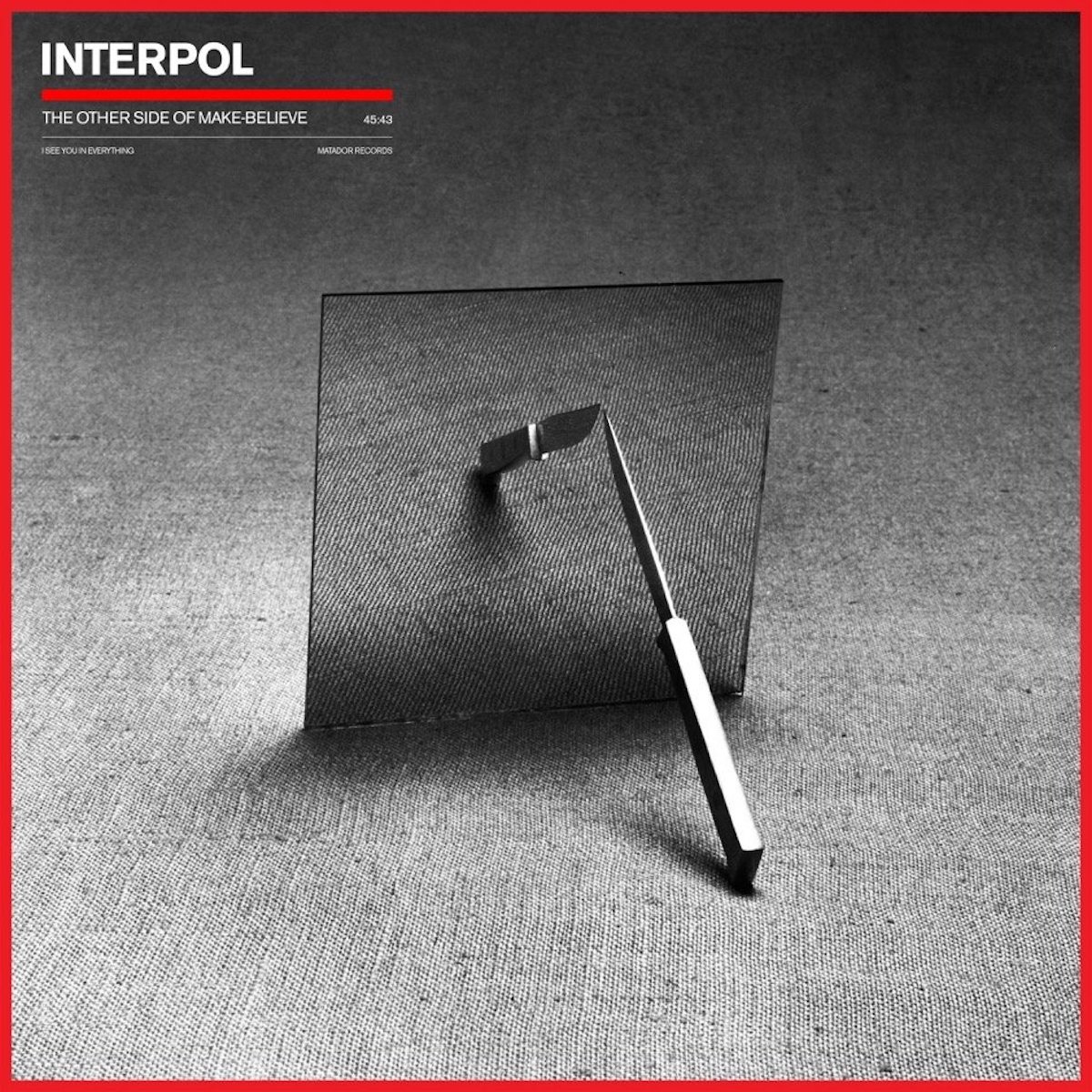 “It is worthy of psychoanalytic analysis how an artist who usually writes dark music starts to do something different once the pandemic arrives, which is my case,” Paul Banks told us a while ago about the new Interpol album that promises to be less dark, more intimate and with a positive spirit. The latest single is Fableswhich they define as “a summer jam”. 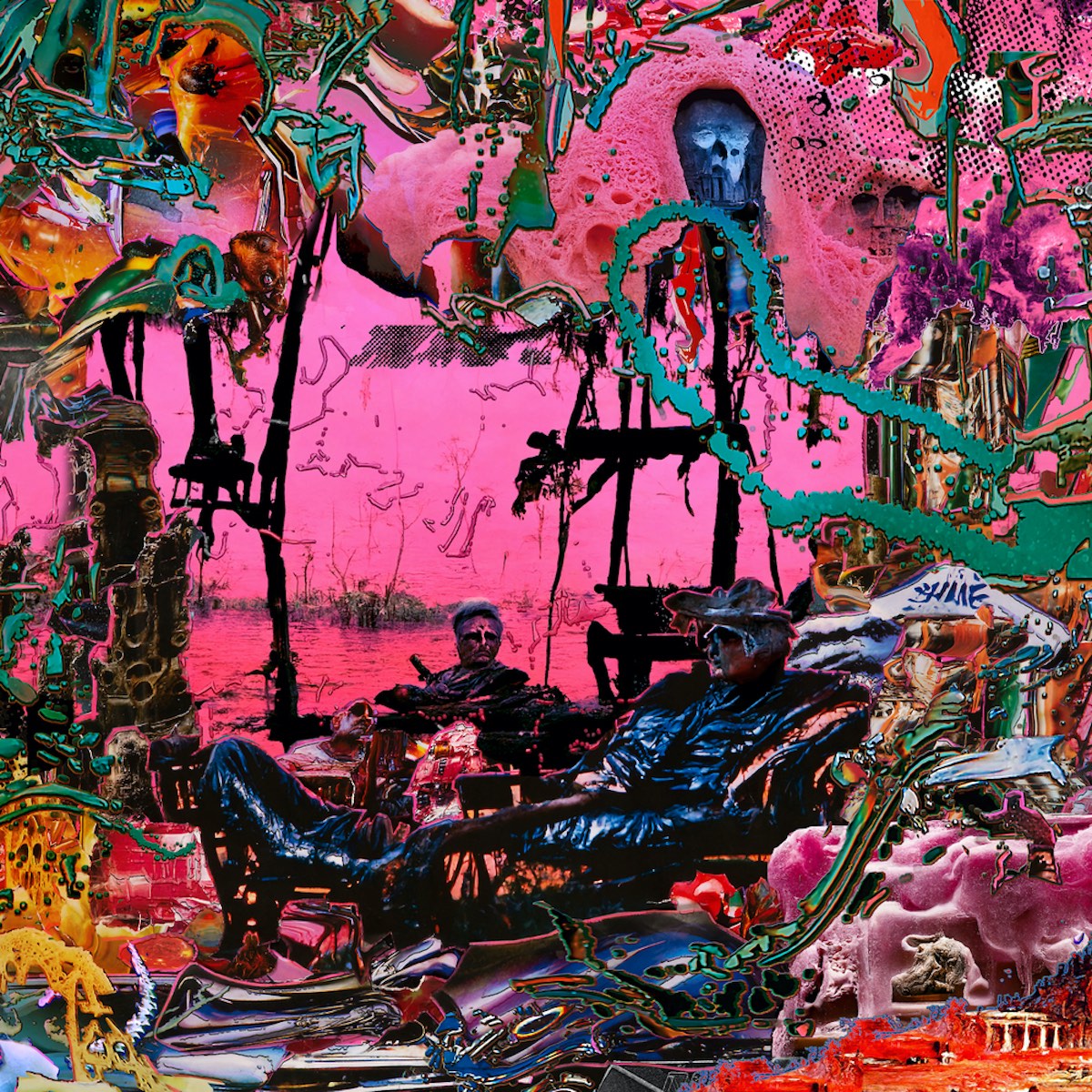 Says guitarist and vocalist Geordie Greep that to listen The sacred of spring by Stravinsky “it has something hypnotic, it’s like seeing a car accident, you want to look away, but you can’t.” The same can be said for the music of Black Midi and of Hellfirea journey into a liquid form of hellish rock and full of twists. 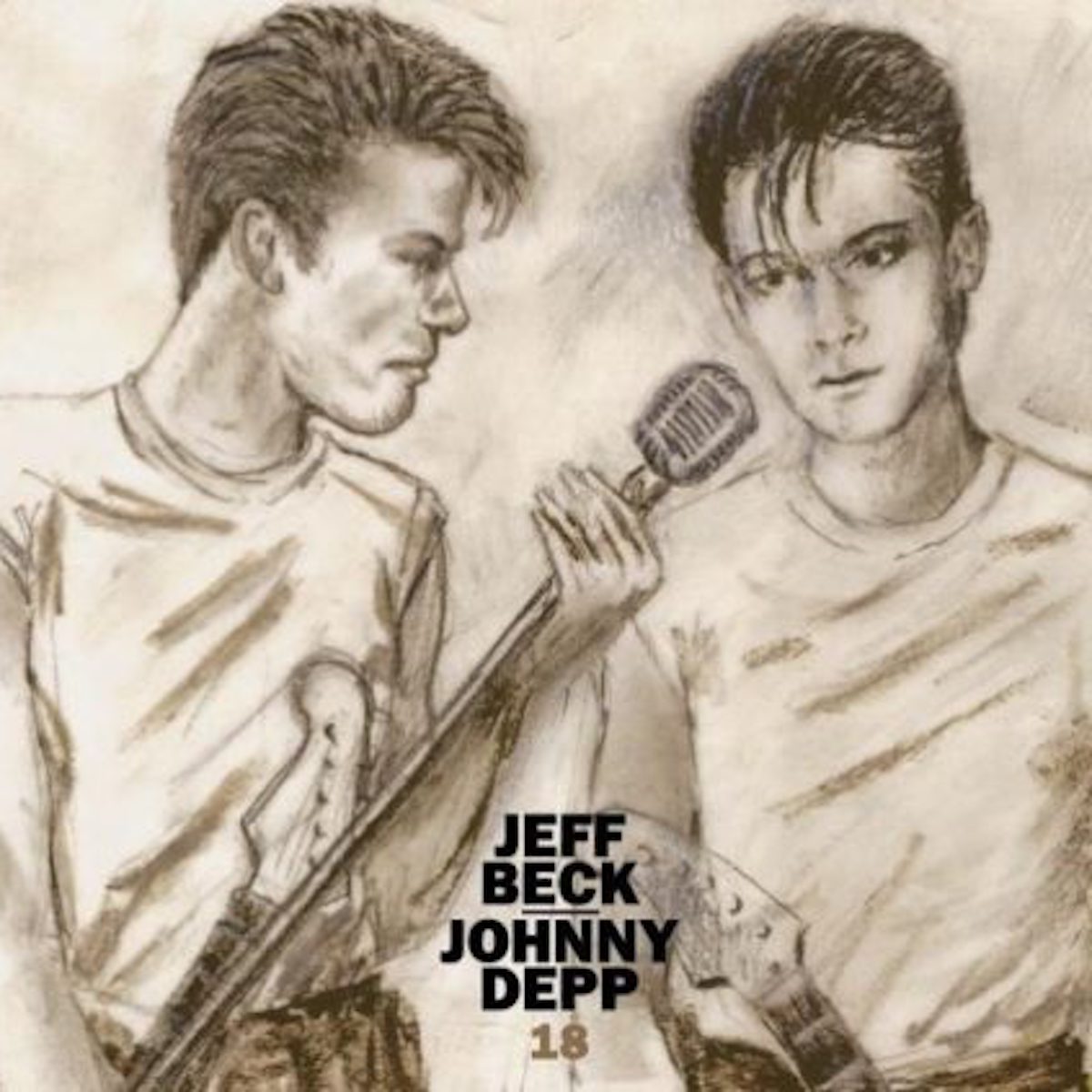 So much has been said about Johnny Depp in recent months that wasting time listening to him play can seem excessive. But then it happens that the beloved / hated actor makes a record with someone like Jeff Beck and therefore there is a bit of curiosity. 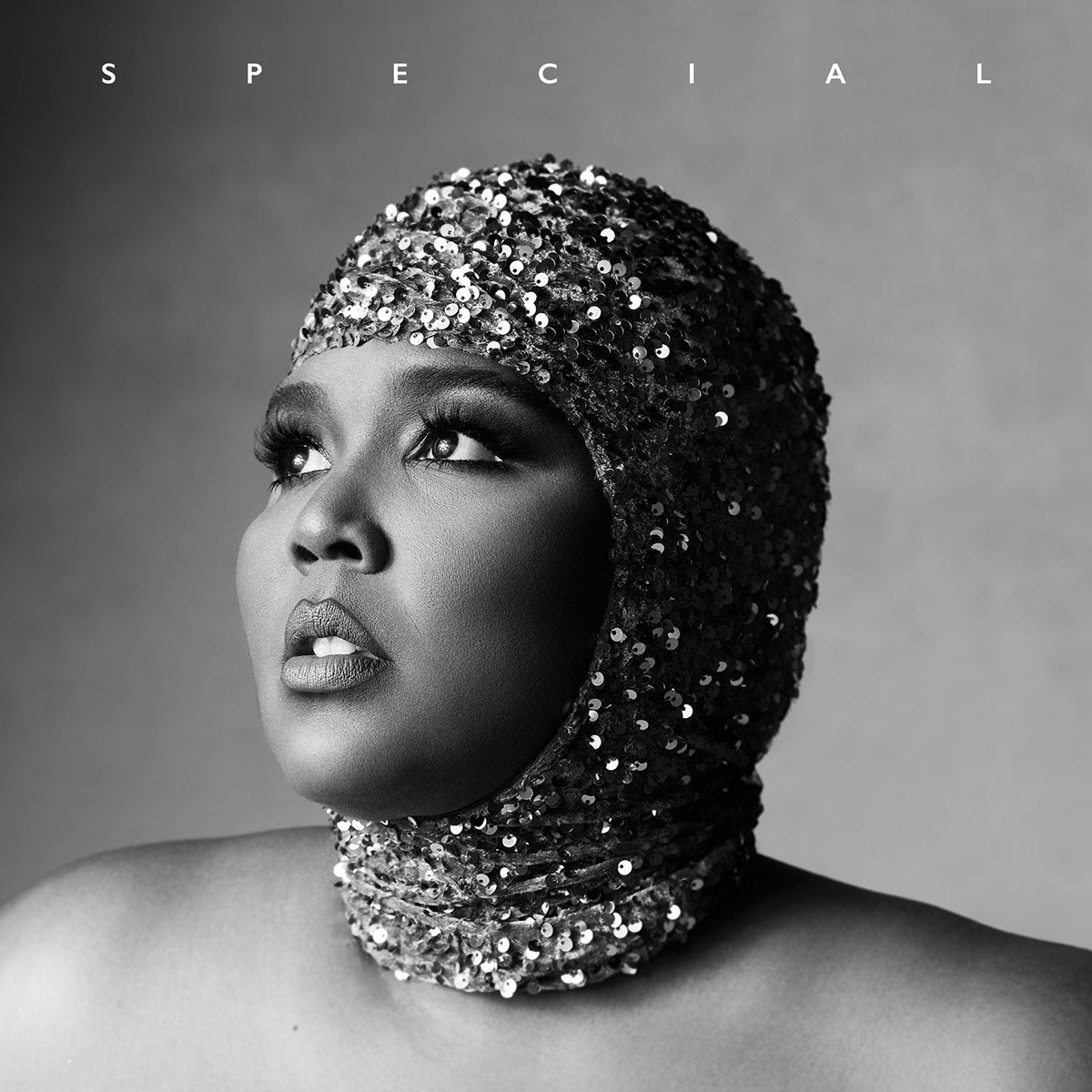 Anticipating the record with a hit is always good news. Lizzo, after the extraordinary success of the album Cuz I Love Youshe came back with About Damn Timea single that did great and well does one expect for Special. And let’s hope this record is truly special. 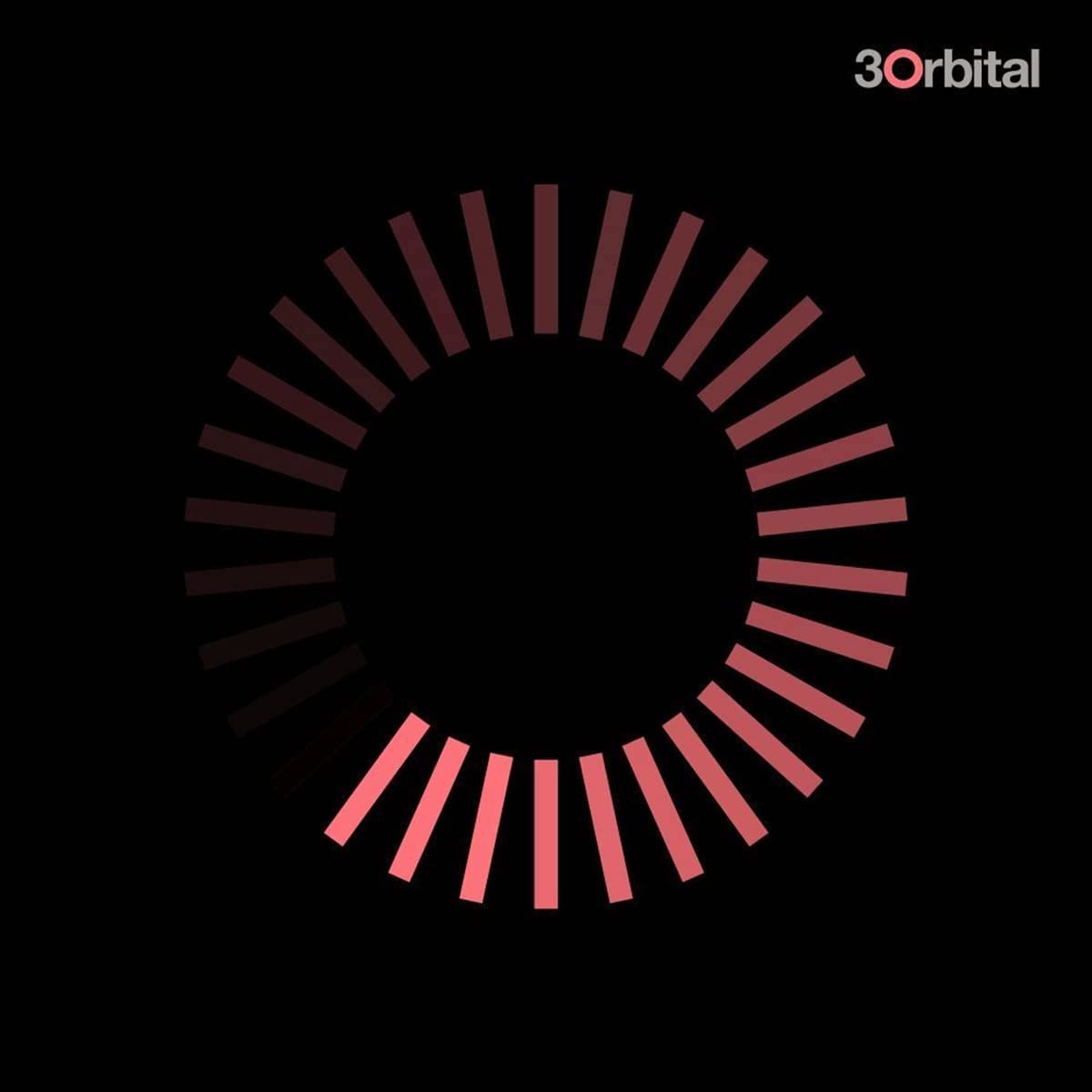 To celebrate their thirty years, Orbital have prepared a rework, remake, remix album with guests such as Jon Hopkins, Joris Voorn, Dusky, Jon Tejada, Yotto, David Holmes. The whole was preceded by a new mix of Where Is it Going? which contains a voice sample by Stephen Hawking, already presented in 2012 for the opening ceremony of the Paralympics in London. “Let’s go back to the past to remind ourselves of what we’ve really done over the years,” say the Hartnoll brothers. 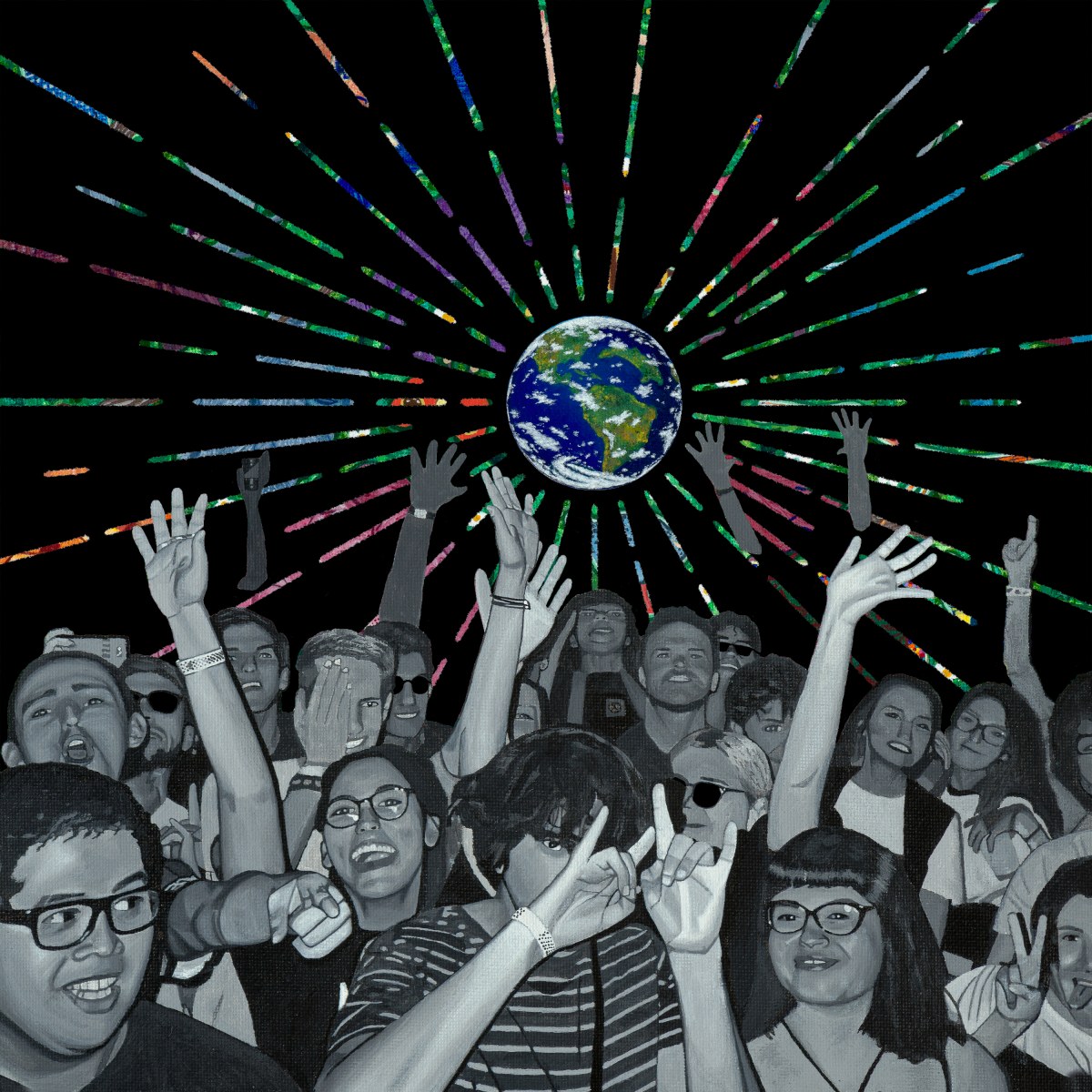 At their debut they had overturned the sleepy indie world scene by placing a combo of sugary and crazy singles that almost made us believe that something new was upon us. Then they got a little lost. From what we have heard in their latest releases, a smoothie mix of indie, hyperpop, psychedelia is to be expected. Hoping they’ll make us jump off the chair again.

“No One Really Listens to Oscillators” Indian Wells (July 15) 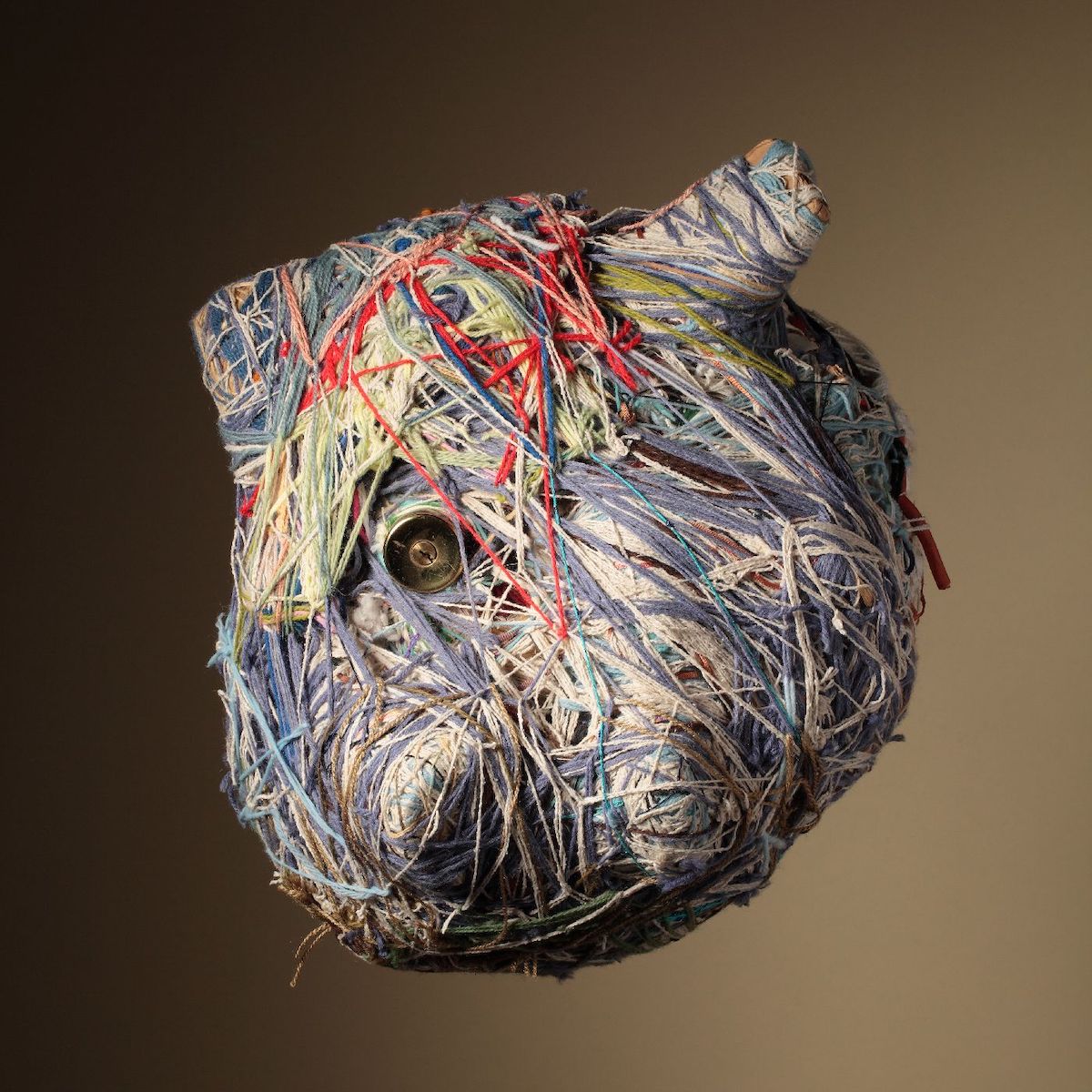 Indian Wells is one of our most highly regarded talents overseas. In those first ten years of his career, his electronics went around the world. The new work promises to be a game between dancefloor (Four Walls) and moments of ambient breath (Before Life). 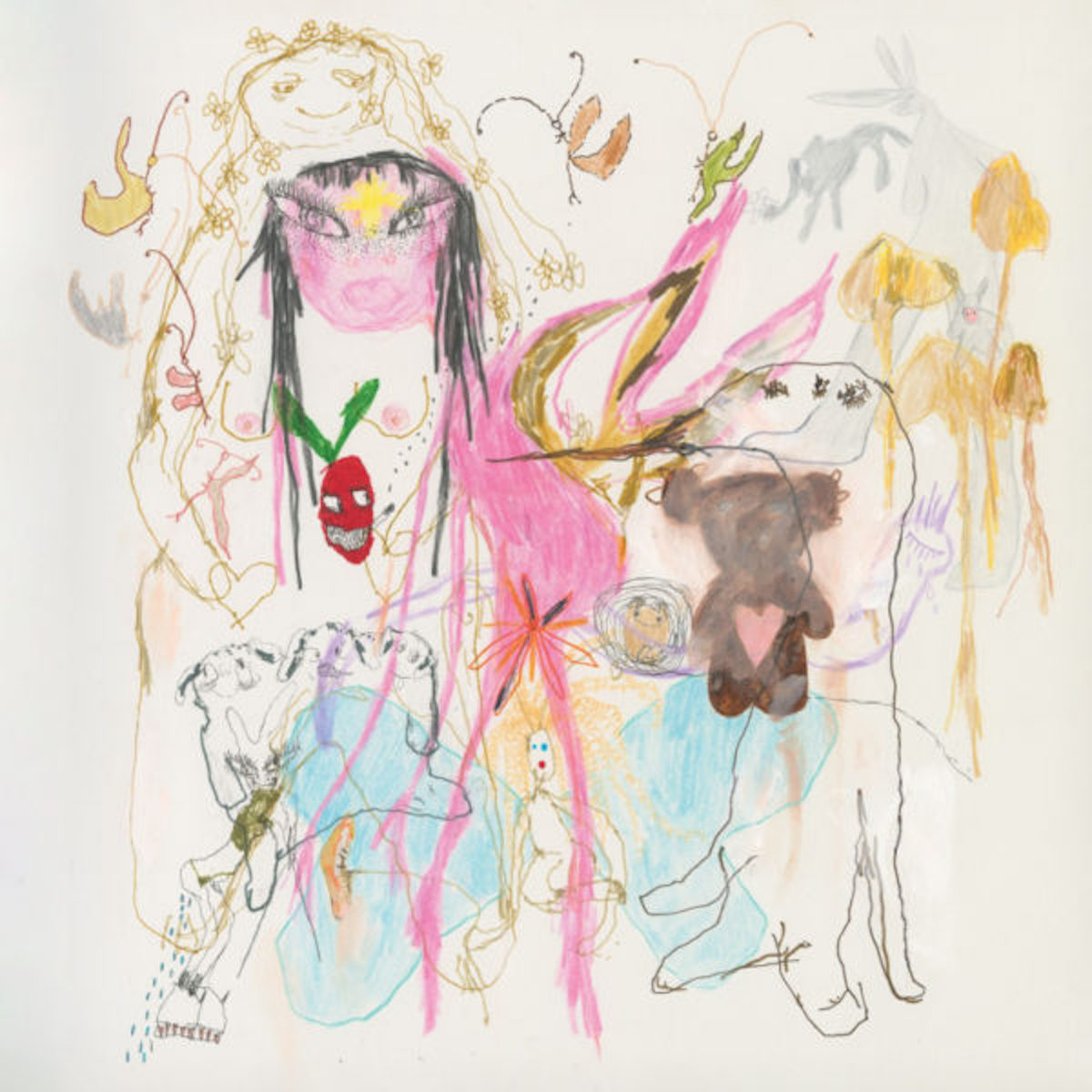 Do you know a Filipino artist who has done over a billion streams for a single? Maybe you think not, but the answer is yes: she is Beabadoobee. In this interview she told us the story of her behind her new album. 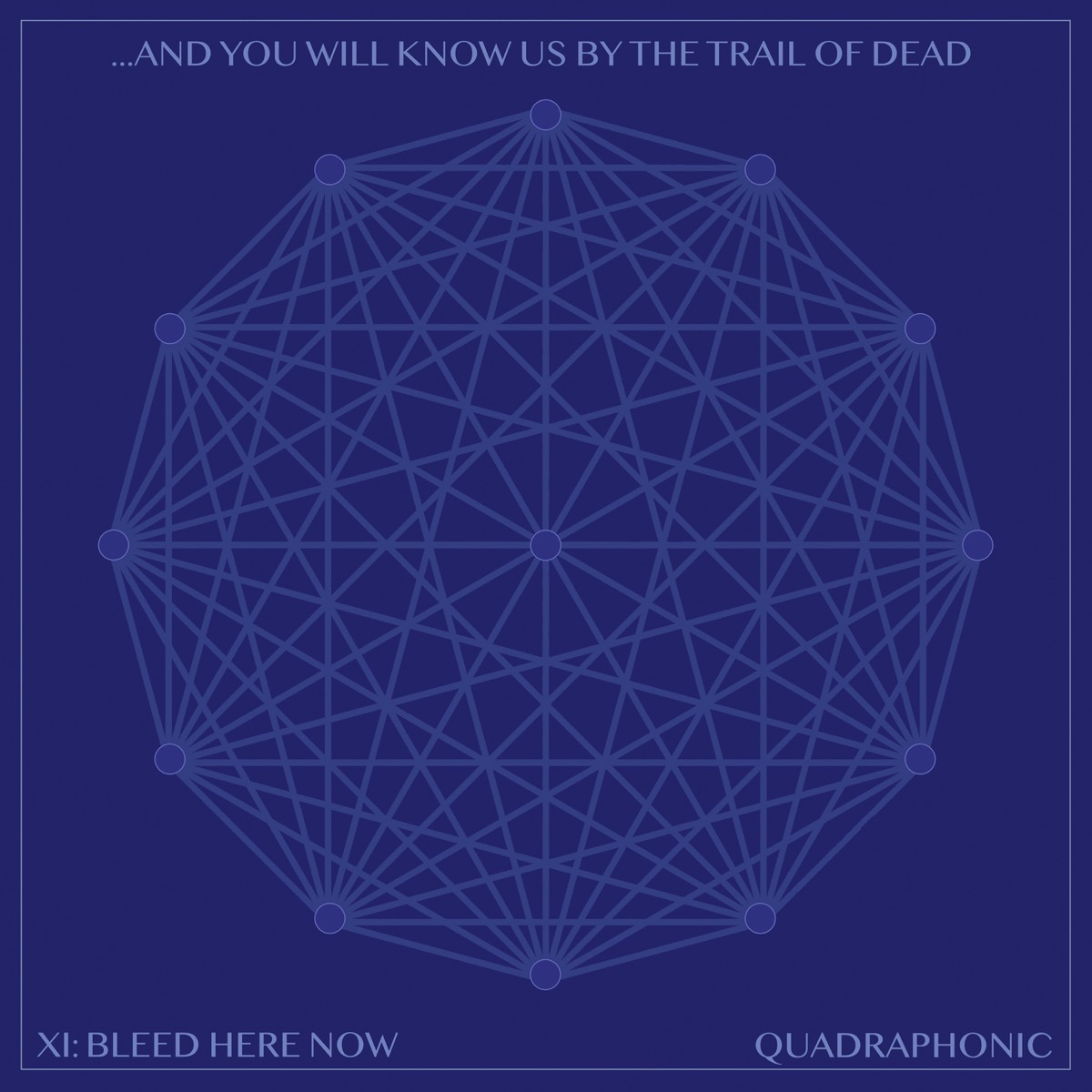 It is the sequel to X: The Godless Void and Other Stories of 2020, recorded like many other albums during the forced stop of concert activity. The idea: to offer the listener an immersive experience through the use of Quark, a plug-that allows you to create a quadraphonic effect. Among the guests, Amanda Palmer and Britt Daniel of Spoon.

Self Fear of the Dark followed the path of researching a form of rock updated to the 1920s, a path indicated by Boarding House Reachthe second record of 2022 Entering Heaven Alive promises to be a work more anchored to traditional song form and folk and blues traditions. 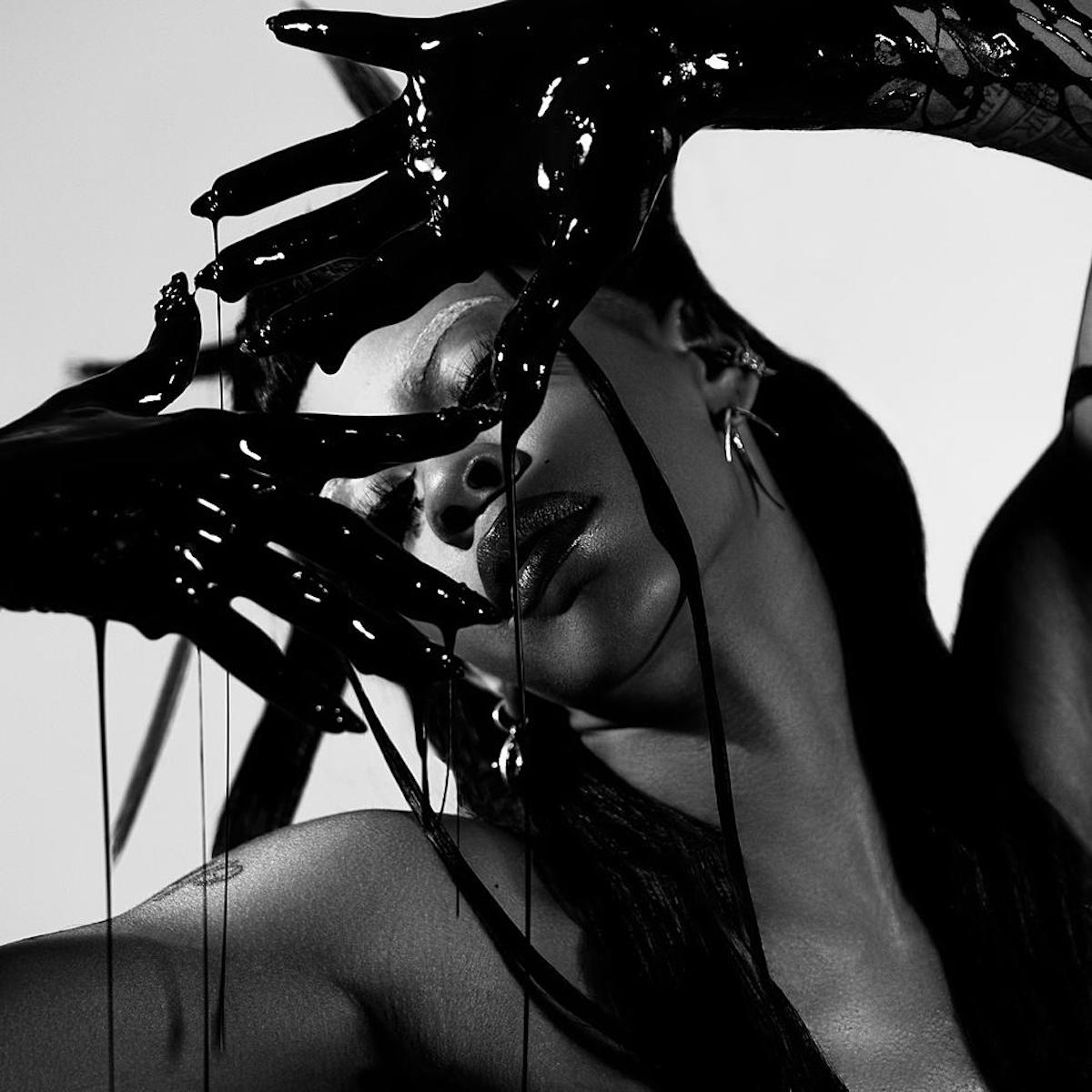 The rapper’s fourth album, to hear the singles that anticipate it, promises to be very dark and experimental. A mix of electronic punk rap for one of the most unpredictable artists of the post rap scene. Will Tacobella, as she likes to call herself on Instagram, relaunch the fate of rap-rock? 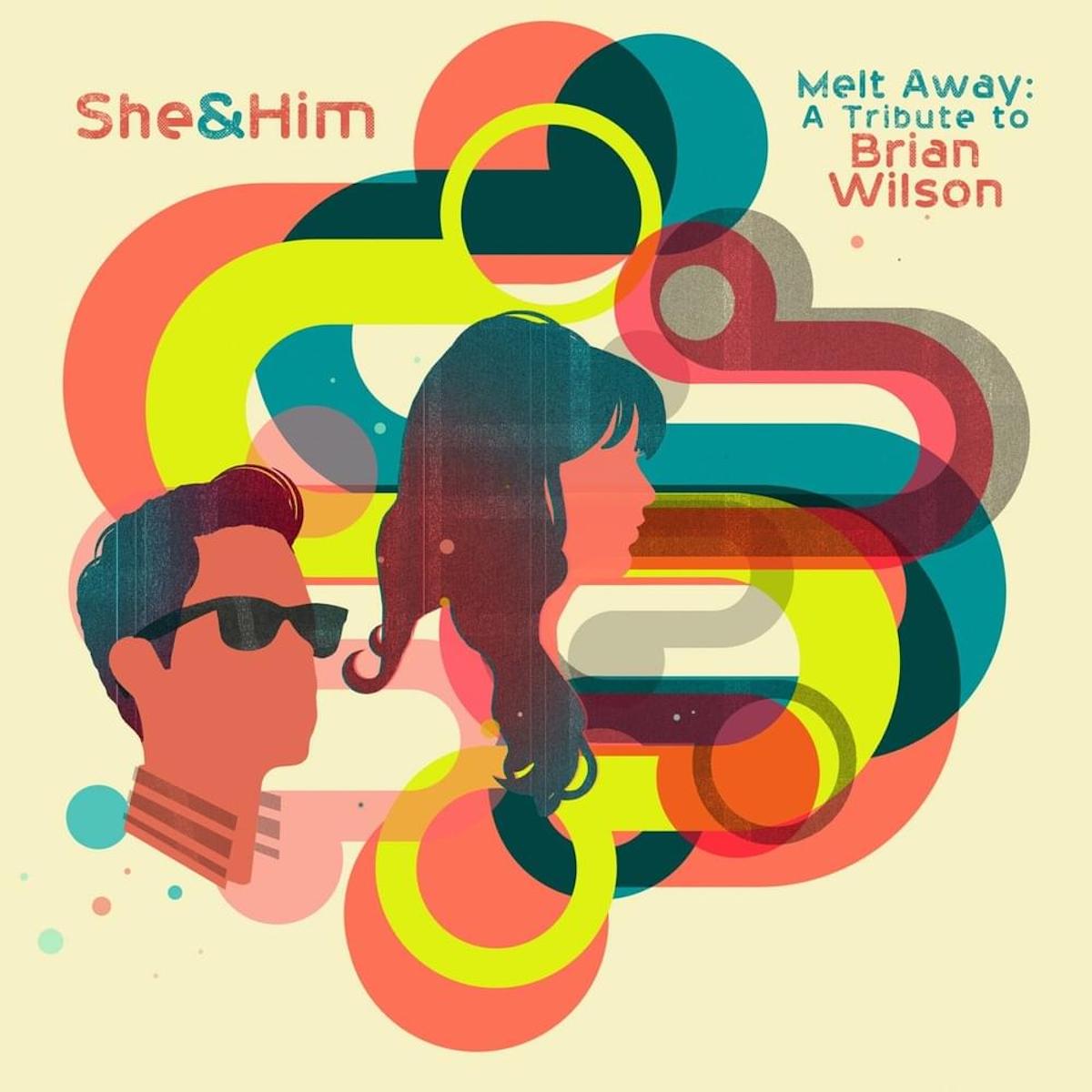 The couple more skin of music, Zooey Deschanel and M. Ward, has prepared a tribute to celebrate the eightieth anniversary of one of the greatest songwriters in history, Brian Wilson of the Beach Boys. For those who know She & Him, imagining them to resume the harmonies of the Beach Boys will be quite simple. “No one like Brian has been able to write songs of a unique beauty and solitude followed by songs so full of love and fun”. 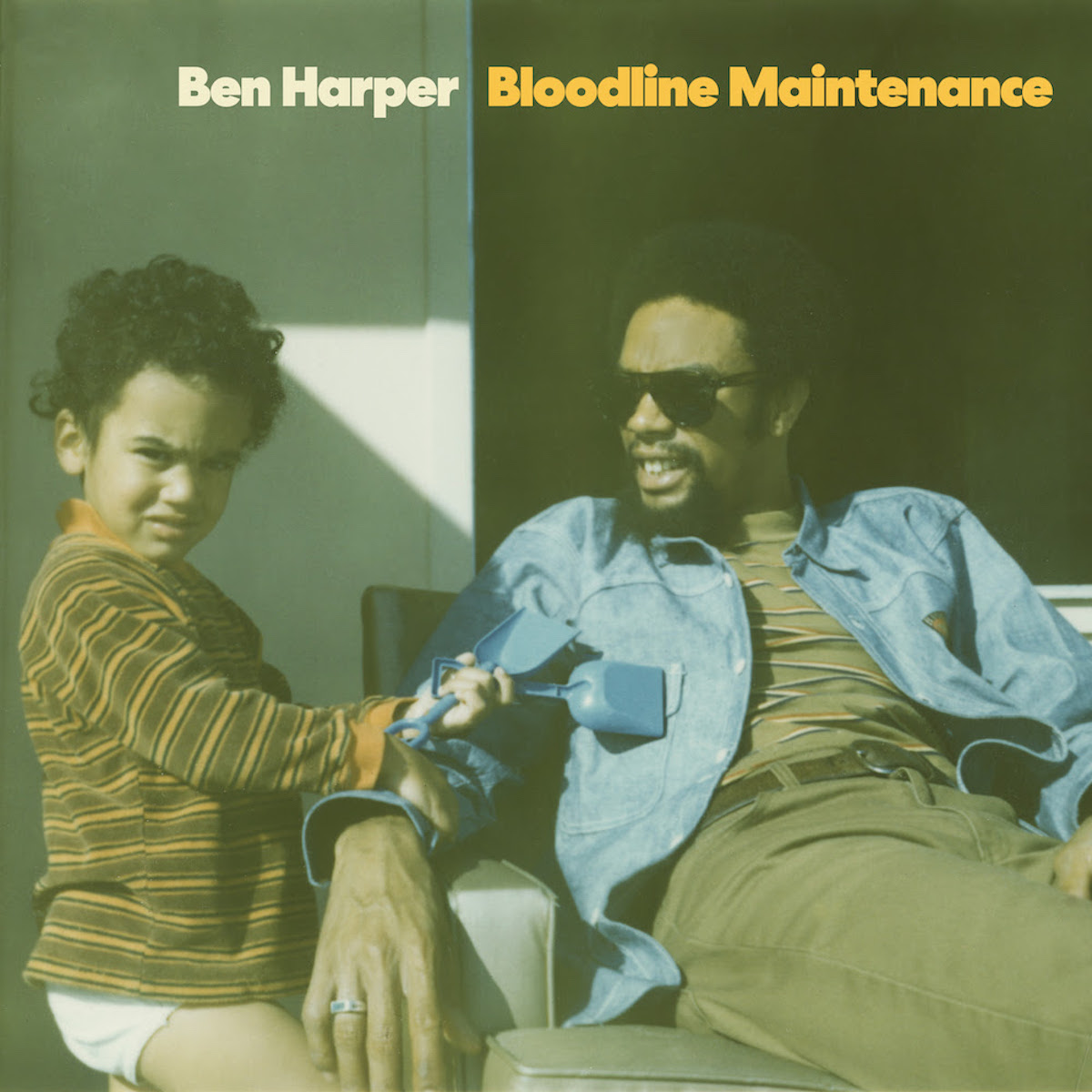 Ben Harper’s first album of new songs since 2016 (if you don’t count the record with Charlie Musselwhite), it’s inspired by his father’s death. “I have ventured to places I’ve never been before. I took everything I had learned from the other records, tore it apart and started over, “said the musician, describing the sound of his lap steel in Bloodline Maintenance as “a kind of cross between Robert Johnson and Jimi Hendrix”. 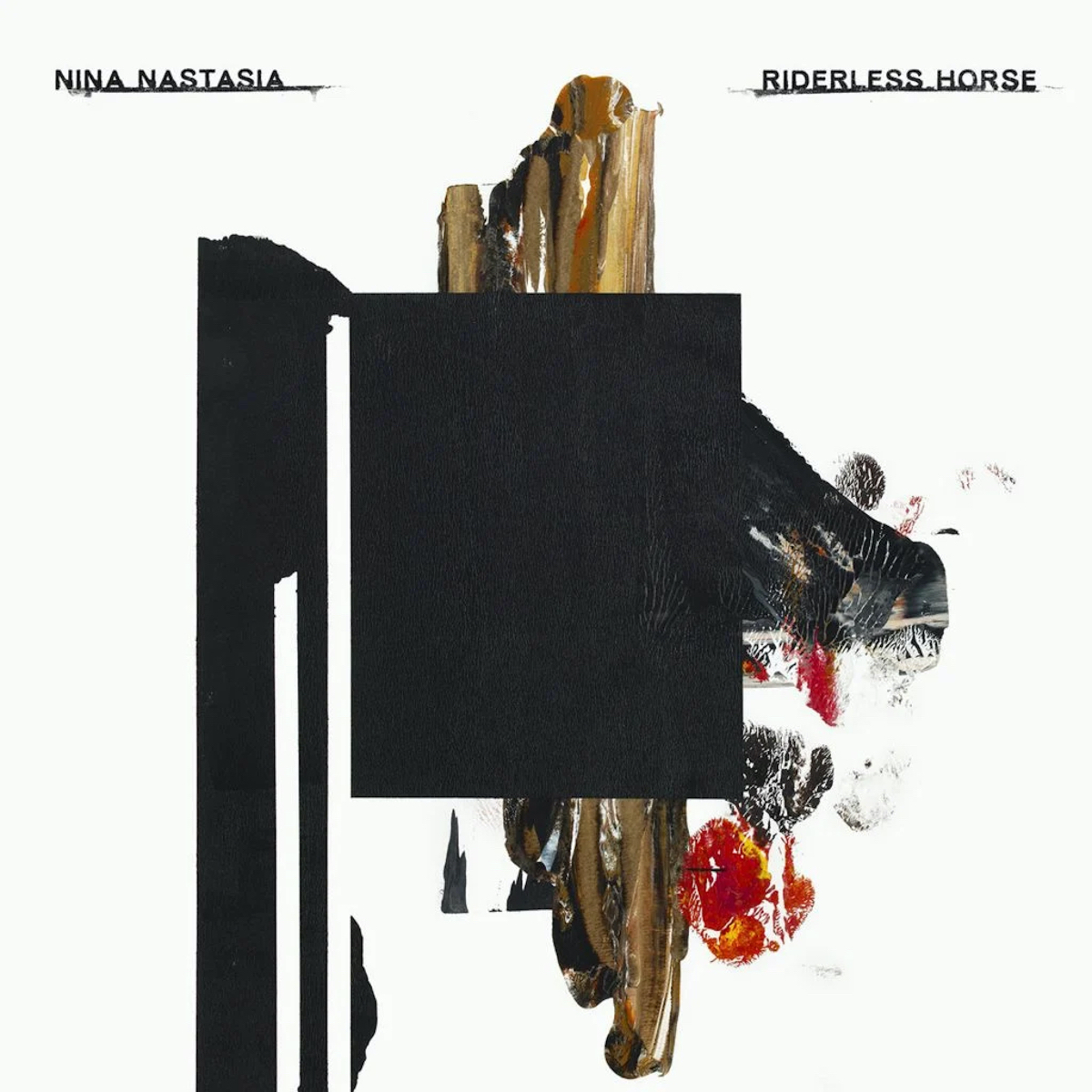 The singer-songwriter described the story behind the album in this interview: she leaves her husband and the man commits suicide the next day. “When Kennan died, I experienced something really horrible, shocking. But something else has re-emerged within me. It was as if I had this incredible hunger to write, to create music again and to do it for myself ». 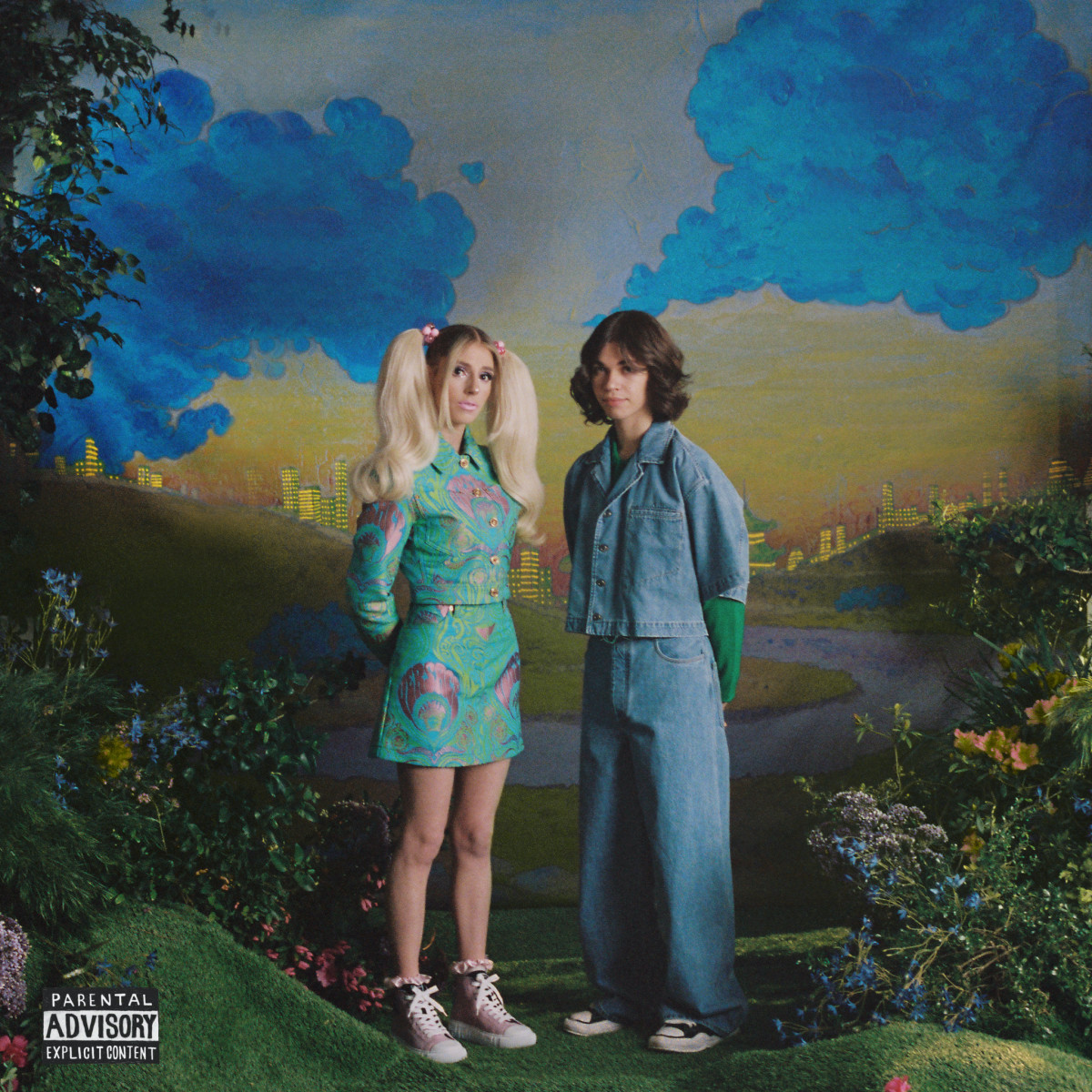 They are the emerging couple of American fusion, she keyboard player and he drummer. Very young, gifted with an amazing technique, weird the right, they convinced both Anderson .Paak, who publishes them, and Herbie Hancock, guest of the album, but also Thundercat and Ariana Grande, among others. 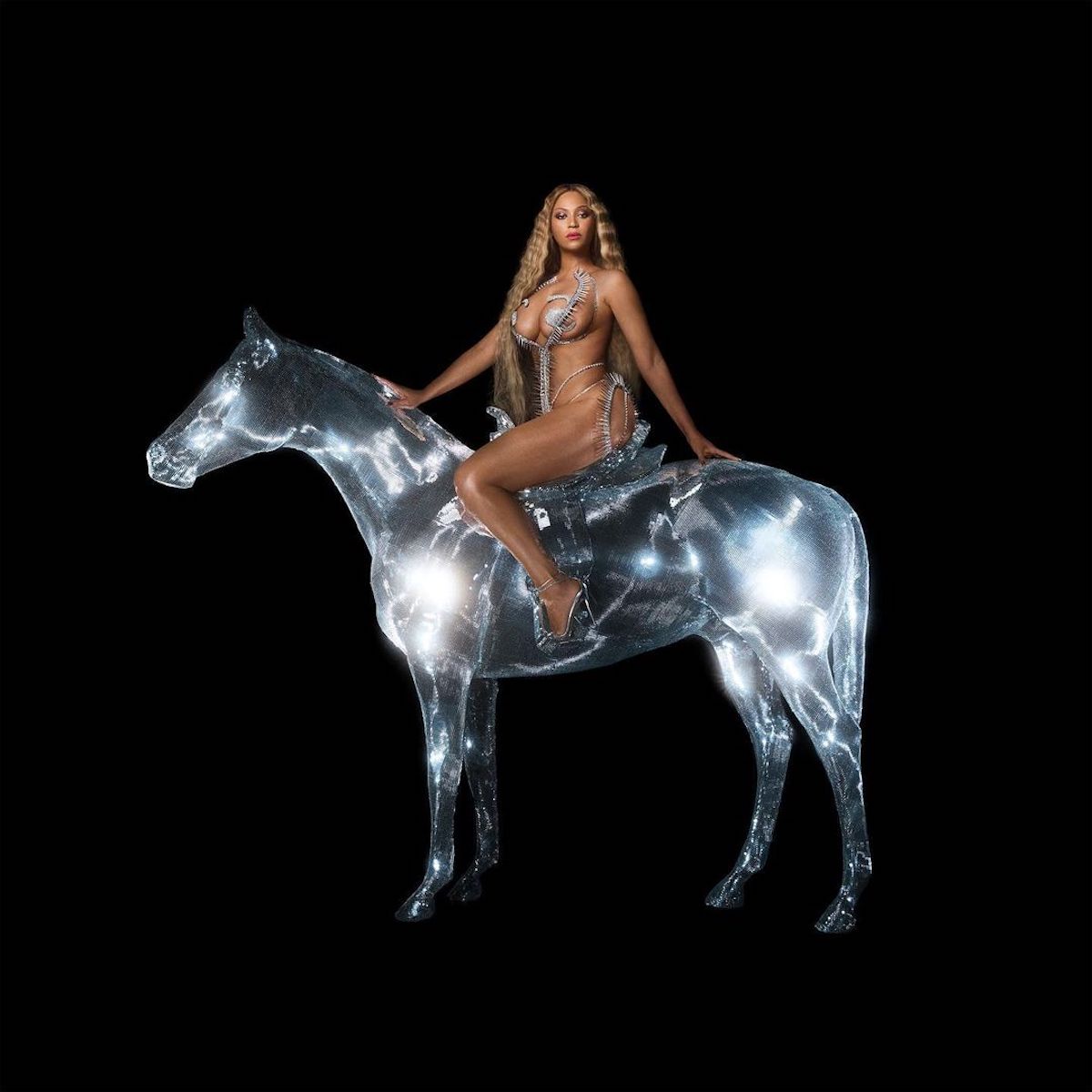 Definitely one, if not the most anticipated album of the year. Anticipated by Break My Soulwhich recovers Show Me Love di Robin S, heralds a possible pro-house turn of the singer. Hoping he doesn’t get stuck like Drake. Creating the record, Queen B wrote, allowed her to feel “free and adventurous at a time when little else was moving. I wanted to create a safe place, where not to be judged, where to be free from perfectionism and the risk of thinking too much, a place to scream, free yourself, experience freedom ». 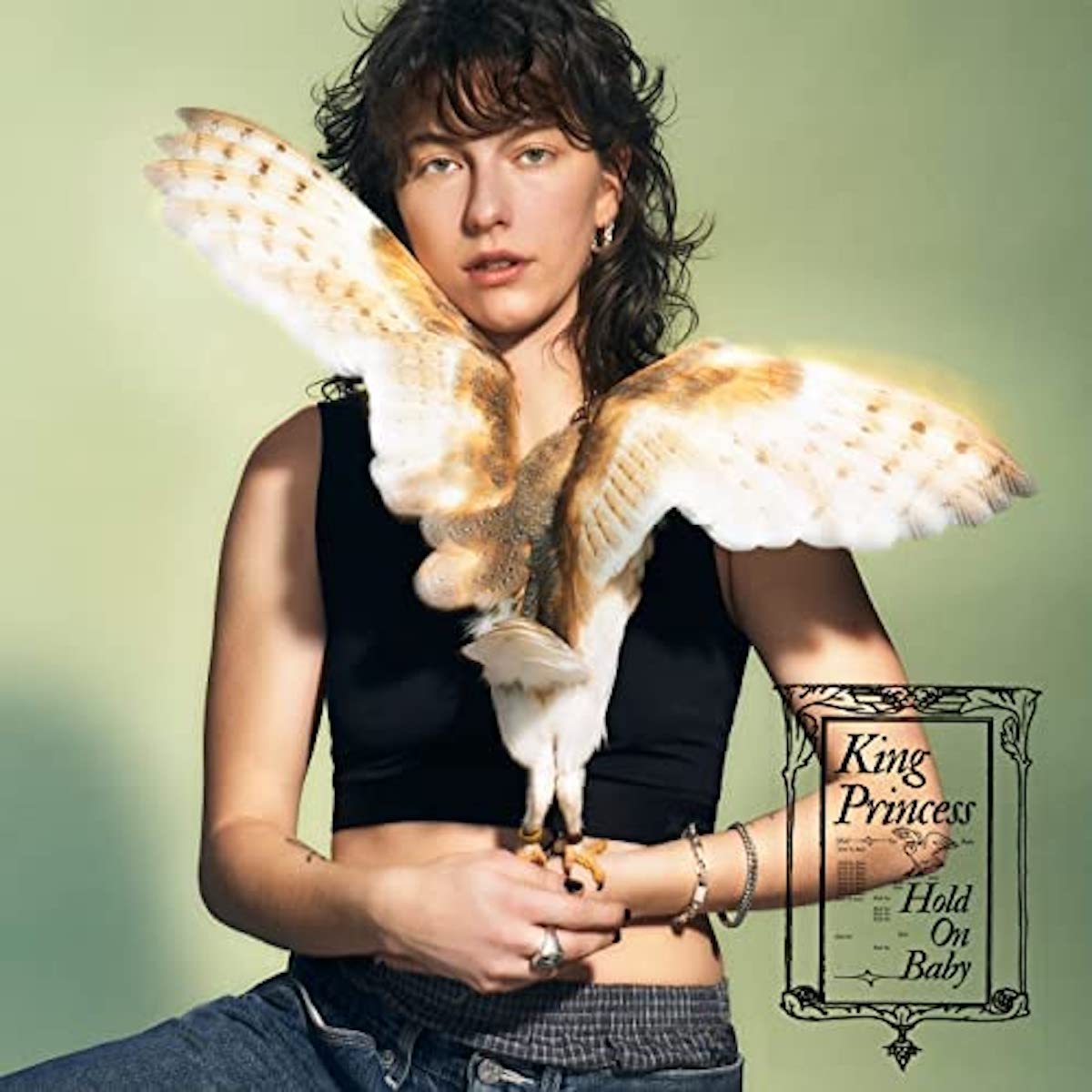 King Princess is simply very very very good. Listen Little Bother or For My Friends, two of the four songs that anticipate this album, to understand the strength of its alt pop capable of being as hard and emotional as needed. It is a talent and, as with any talent, we expect a lot. Of the record he said: «I wanted to make an album that would give all the strength necessary to accept ourselves in our chaotic being». 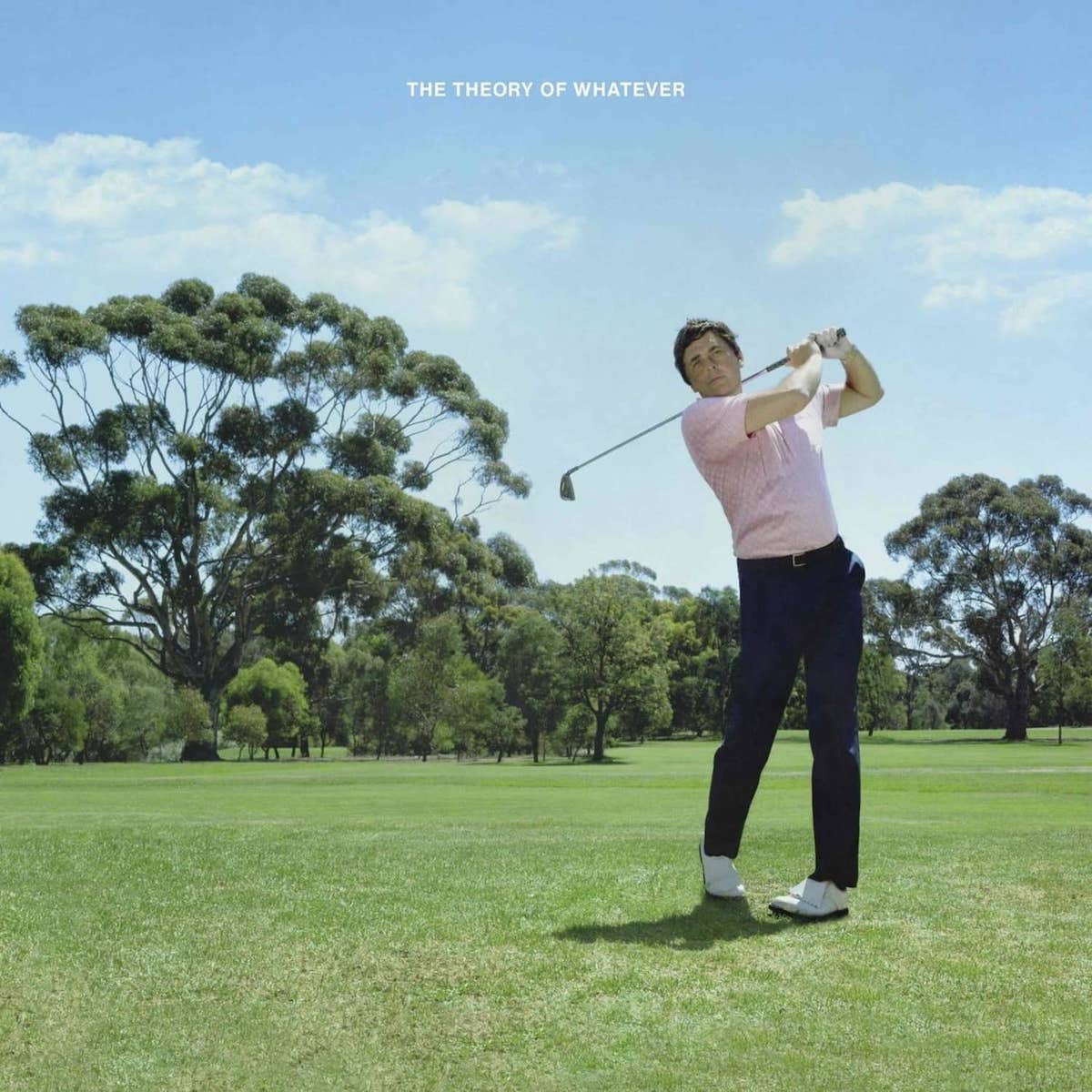 For almost all the musicians of the zero years it was difficult to get out of indie alive. Also applies to Jamie T who, 15 years ago, had placed an incredible juvenile and arrogant hit that every indie club played for that entire season (If You Got the Money). Now, having reached adulthood, Jamie T is a serious, particular and highly appreciated singer-songwriter as the two launch songs tell. The Old Style Raiders And St. George Wharf Tower.