‘The final list’ is the classic story of “some bastards” who made the serious mistake of messing with the wrong guy. A man experienced in the art of killing who, like Denzel Washington in ‘The Fire of Vengeance’, feels compelled by circumstances to paint his masterpiece. He can be called John Creasy as he can be called John Wick. He can be Charles Bronson as he can be Bruce Willis or Liam Neeson.

Few resist playing one of these “avengers” who take justice into their own hands, as in this case a Chris Pratt without much desire to tell jokes. His James Reece is one of those characters that feeds the illusion for a Celebrity Deathmatch in which he faces anyone, Frank Castle for example. The wet dream of every male who would like to be the coolest guy in the neighborhood and impose his law without anyone being able to beat you.

And so throughout eight one-hour episodes, the first of which sets the tone and style, directed by Antoine Fuqua, a director who has made a career of bringing dignity to this type of story. Like the two installments of ‘The Equalizer’ of which ‘The Final List’ could well be a reflection, since it wasn’t exactly an action production, nor were those. Not at least like that, just like ‘Shooter: The shooter’ could be.

In ‘The Final List’ the violence is dry and its action scenes, scattered throughout the footage, are short but effective and forceful. The maceration of the drama filtered through bullets that do not want them to feel empty or gratuitous prevails. Although they may be, within a story that broadly speaking is not far from the usual for this type of story, even if it is told with such a good pulse as to be able to make us look surprised.

It is still as elementary as it is efficient, being a review of the genre manual so elegant, consistent and respectful that one gets carried away, like so many other times throughout eight episodes, that more than episodes feel like an anthology of eight films throughout which the story evolves, coming to seem different even though in short it remains the same… remains the same as always: The one where they made a serious mistake.

And yet he goes back in, just as it is and as if it were our first day. Even without making jokes, Chris Pratt is worth supporting the weight of the story, throughout its eight hours with the selfless support of friendly faces such as Taylor Kitsch, Constance Wu, Jai Courtney, Riley Keough or Jeanne Tripplehorn. On her part, Fuqua marks a path that shines due to the applied seriousness of her scarce television appearance and the intelligent dosage of the action.

‘The final list’ is, in short, what to expect. And just as ‘Reacher’ works to the extent that made it a hit for Lee Child, it works to the extent that it has for Jack Carr. it’s clearly a fiction, it feels logical and believable. And even authentic in a way so embarrassingly enjoyable that one is not surprised that there is a massacre in America every week. 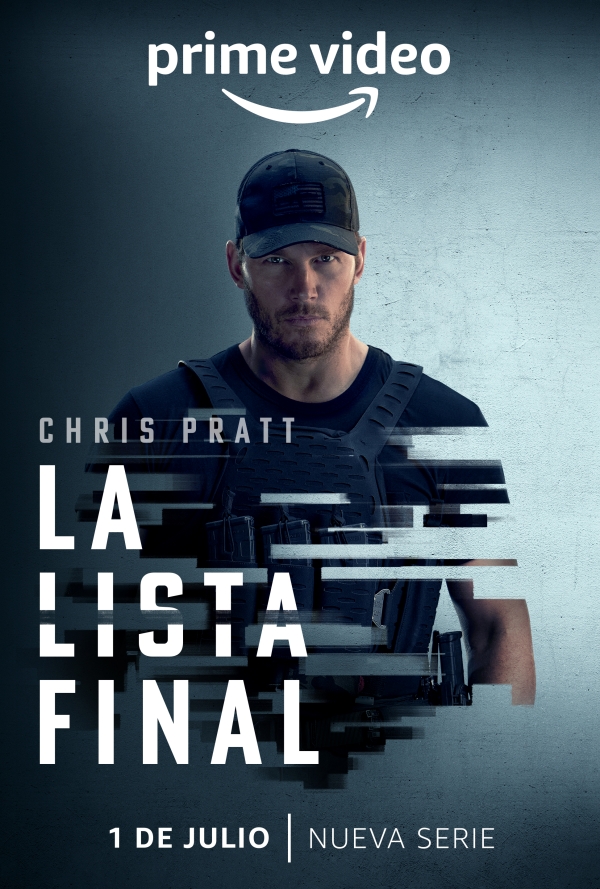