There’s a time whenJurassic Park’, the fresher every day classic of 1992, where Alan Grant, the character played by Sam Neill, does the ‘Spielberg face’. You know what that is. It is that facial expression that simultaneously conjures awe, horror and emotion, a physical embodiment of those moments of epiphany that the master director’s characters often experience. In the case of ‘Jurassic Park’, the appearance of the ‘Spielberg face’ is legendary: It occurs when Grant see for the first time the dinosaurs in flesh and blood, a scene of almost impossible majesty, accentuated by John Williams’ epic soundtrack and the filmmaker’s masterful camera positioning. It’s not just an important narrative moment, it’s a metatextual one: The appearance of those diplodocus (I don’t remember if they were really diplodocus, they looked like diplodocus, let’s leave it at that) is a sequence that inspires both the characters within the film and an audience that I saw, for the first time, these ancient beasts walking among us, brought to life not by genetic experimentation, but by innovative special effects techniques that pushed all of cinema to new horizons. To this day, it makes my hair stand on end.

It goes without saying that nobody does the ‘Spielberg face’ in ‘Jurassic World: Dominion’. They have no reason to do it. In a generous spirit, one could say that the current installment in the ‘Jurassic’ saga also plays into metatextuality, in this case emphasizing how what felt exciting and innovative in 1993 is now mundane, predictable and boring. But I am not in a generous mood. And it is that ‘Dominion’ is one of the worst big-budget movies seen in years, a cynical blockbuster, incoherent and, almost criminally, deeply uninterested in the prehistoric creatures that make these tapes exist in the first place. .

It goes like this: Years after the events of ‘Jurassic World: Fallen Kingdom,’ velociraptor trainer Owen (Chris Pratt, a black hole that sucks the charisma out of any scene and turns it into black matter) and former ‘Jurassic World’ administrator Claire (Bryce DallasHowarda capable actress who shows 0 chemistry with Pratt or whoever) live in the middle of nowhere with young Maisie Lockwood (isabella sermon), the girl who turned out to be a human clone in the previous movie (if you don’t remember it doesn’t matter, here they repeat it about 90 times). When Maisie is kidnapped along with Beta, the offspring of Velociraptor Blue (don’t forget that Owen talks to Velociraptors, sort of), Owen and Claire set out on an adventure across the world to rescue her from her. 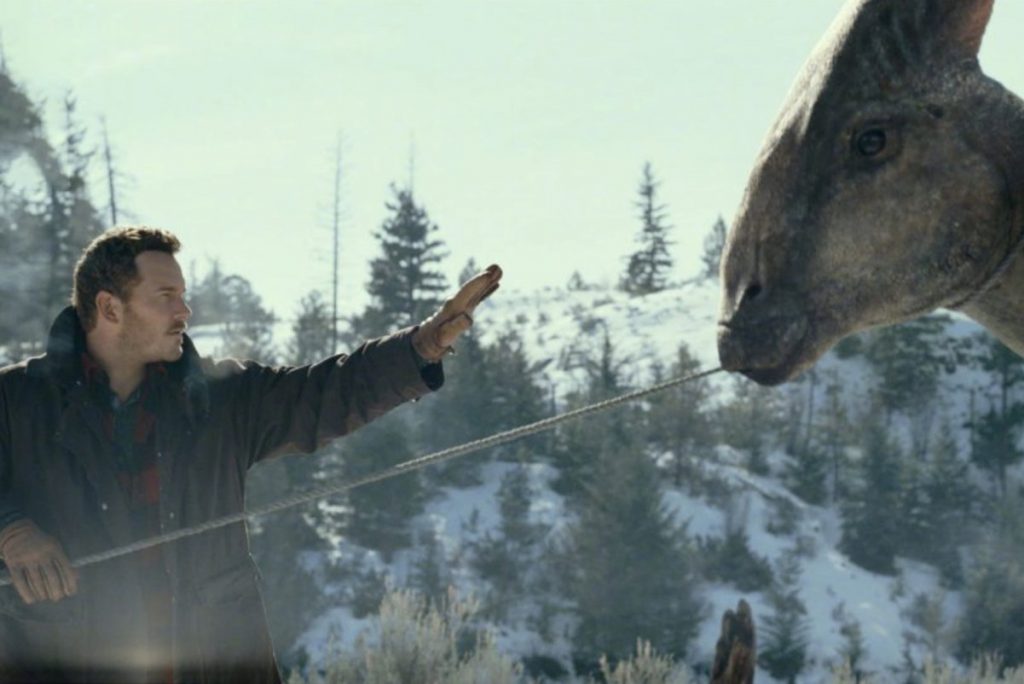 At the same time, the protagonists of the original reappear: Ellie Sattler (Laura Dern, too hot for this) recruit the aforementioned Alan Grant to investigate the ‘mysterious’ plague of prehistoric locusts that is wiping out crops in North America…except those crops with seeds of Biosyn Genetics, a biotech company that is clearly behind the critters in question, even as the film treats this fact countless times as a big reveal. It is in this investigation that they run into Dr. Ian Malcolm (Jeff Goldblumnot there and enjoying it), who for reasons that are never very clear, works for Biosyn as a consultant.

You’ll notice that I’ve barely mentioned dinosaurs, and rightly so. ‘Jurassic World: Dominion’ seems to have decided that people are going to see ‘Jurassic’ movies for reasons other than giant reptiles. More than ever, these creatures that have starred in so much magic on screen feel like dressing, like one more element in a film that never decides specifically what it wants to be or what it wants to tell. At times it feels like a production of ‘James Bond’, or ‘Jason Bourne’, or ‘Indiana Jones’but always dragging their feet, stripping those influences of any urgency.

To all this, do you remember the end of the previous film, when the dinosaurs escape to the world and the advent of a new world order is suggested where humans and prehistoric creatures must learn to live together? Well, forget it. ‘Dominion’ barely echoes the most interesting suggestion of this trilogy, instead presenting a world that has barely been changed by the presence of these giant reptiles, and limiting most of the action to an island in the middle of nowhere, as always. . 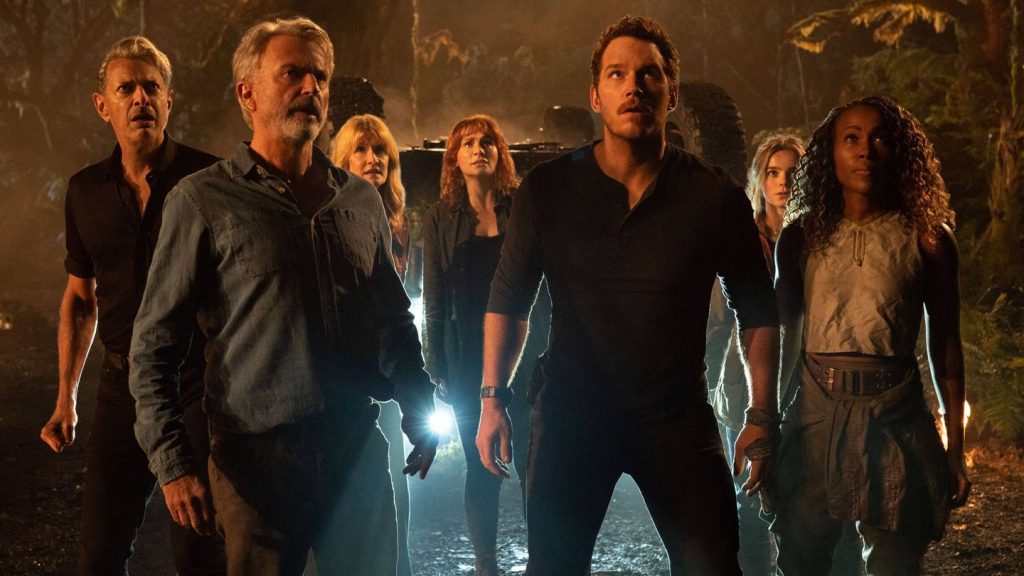 Much of the blame falls on the director. Colin Trevorrow, who returns to the saga after his mediocre but helpful work in the first ‘Jurassic World’ (2015). Here, the filmmaker makes it clear that not only is he not Steven Spielberg, but he’s not even one of the good imitators of him. ‘Dominion’ seems to disdain any hint of originality, any awe-inducing sequence, any technique to build tension or magic. Your 2 and a quarter hours are from an almost antagonistic inertia, its functional but rarely impressive dinosaurs. Nothing makes your skin crawl, nothing makes you tremble, nothing makes you marvel. The film is visually flat, and openly incoherent at the script level. Worse still are his attempts at humor, where each joke is delivered with a strange and awkward cadence that rarely elicits more than an empathetic smile. Even the big action sequence, a motorcycle/raptor chase through the maltese streets it’s set up so schizophrenic, and with such disregard for the spatial relationship between the characters, that it’s impossible to feel very involved. Everything comes and goes without much sense of spectacle, almost to fulfill.

I’m not saying that every big-budget movie should be compared to Spielberg’s ruthless and efficient machinery, but ‘Dominion’ even pales within the current ‘Jurassic World’ trilogy. the previous movie, ‘Fallen Kingdom’ (2018), also had its serious narrative problems, but the director J. A. Bayonne (‘The Orphanage’) at least took the opportunity to play with the format, transforming the second half of that film into a haunted house with dinosaurs. Even the first ‘Jurassic World’ had brief moments of genius, often accidental, but genius nonetheless. Not to mention the original trilogy: ‘The Lost World’ (1997), also directed by Spielberg, was harshly criticized at the time, but today it is vindicated for its humorous cruelty (rarely has a director as hot as Spielberg made such an ‘ugly’ film), and its worst moments have all ways an originality that ‘Dominion’ can only dream of. Until the anecdotal ‘Jurassic Park 3’ (2001) looks like a masterpiece by comparison.

Here everyone seems to be on screen clearly to comply. Even the return of the original ‘Jurassic Park’ leads smacks of cynicism: Laura Dern is too good not to give a charismatic performance, but both Neill as Goldblum seem to hate every time they have to open their mouths to babble inconsequential lines. Neither character has a dramatic arc. Everything is ‘you have to do this’, ‘you have to go here’, ‘you have to travel there’. There is not even the classic moving component of seeing old faces marked by time, as has happened with other of these ‘legacy sequels’ that vampirize our nostalgia for childhood classics.

I go back to the dinosaurs. The reason these movies continue to be made is because interest in creatures from the past is universal. No matter the generation, the place of origin or the socioeconomic situation: there will always be children who will be obsessed with these ancient giants that once walked the Earth. That made ‘Jurassic World’ the biggest opening in US history for a brief time. That made ‘Fallen Kingdom’ will gross over a billion dollars. And that has caused ‘Dominion’ to be headed for similar numbers despite bad reviews. People will still go to the movies if there is the promise of giant reptiles recreated with state-of-the-art technology. That’s not why they deserve to be received with a film as pedestrian as this one. If something taught us ‘Top Gun: Maverick’ a few weeks ago is that ‘legacy sequels’ can be made with heart, urgency and passion, satisfying the nostalgic but also functioning as adventures that captivate the imagination. If ‘Dominion’ shows us anything, it is that the ‘Jurassic’ saga is ready for extinction. I mean, they made dinosaurs boring. If there is an opposite to the ‘Spielberg face’, this film deserves it.