It’s already summer, July is coming, it’s hot. The asphalt sometimes turns into a big frying pan and those of us who haven’t been able to go on vacation yet look for small oases in the city where we can take refuge and have a good time in the most refreshing way possible.

This year, science and culture come together in CSIC of Cinema, a summer film series that will take place at the organization’s central campus in Madrid. The exteriors of its mythical ‘column building’ have been the scene of varied filming, such as the film Antony and Cleopatra (1972), where they became the palace of the queen of Egypt; or the successful series The Money Heistwhich transformed them into the National Currency and Stamp Factory. 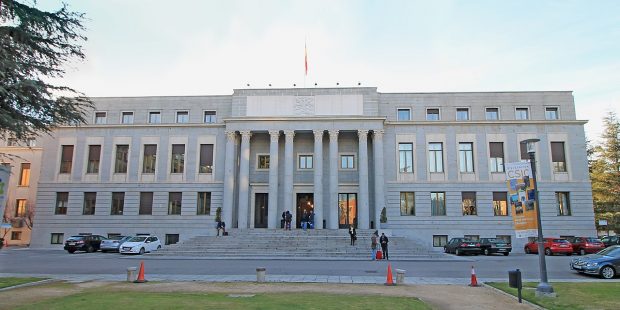 Now, this very special environment will host the screening of three recent releases and a children’s film focused on topics on which science and philosophy have much to say: Don’t Look Up (1st of July), Alcarràs (July 8), catch the flag (July 15) and the good boss (July 22).

The screenings will be the first four Fridays of July, at 9:00 p.m., and each screening will be introduced by CSIC specialists in various fields. All sessions will be outdoors and free: you only have to book your tickets through this link and come to enjoy the seventh art in a privileged environment, in the heart of the Barrio de las Ciencias.

The disastrous management of a disaster

Leonardo DiCaprio and Jennifer Lawrence embodied in the film Don’t look up, directed by Adam McKay, to two scientists trying to warn of a devastating threat: the imminent collision of a meteorite with Earth. But the film does not focus on the astronomical fact itself, but on its more than questionable political and media management. That you remember something? They will talk about it Margaret of the Valley (Severo Ochoa Center for Molecular Biology, CSIC-UAM), known for its outreach work during the covid-19 pandemic, and Ferdinand Valladares (National Museum of Natural Sciences, CSIC), expert in climate change, in the introduction to the screening of the film. It will be at the premiere of the cycle: on July 1, 2022 at 9:00 p.m. on the CSIC central campus.

The cycle will continue the following Friday, July 8, with the film Alcarràs, by Carla Simón, recent winner of the Golden Bear at the Berlin Film Festival 2022 and which portrays a farming family in their last harvest, shortly before solar panels are installed on their plot. Physicist and energy expert Anthony Turiel (Institute of Marine Sciences, CSIC) and the specialist in agriculture and food Marta G. Rivera Ferre (INGENIO, CSIC-UPV) will comment the movie.

On July 15 it will be the turn of the animated cinema with the screening of catch the flagby Enrique Gato, a space adventure for the whole family that will be introduced by the astrophysicist Daniel Guirado (Andalusian Institute of Astrophysics, CSIC), which will offer a playful and interactive show aimed at the little ones.

The film that will close the cycle on July 22 will be the good boss, by Fernando León de Aranoa. Starring Javier Bardem, who plays a provincial industrialist in search of business success at all costs, will serve the philosopher Zafra Remedies (Center for Human and Social Sciences, CSIC) as a starting point to talk about job insecurity and gender inequality.

The sessions of the CSIC Film cycle will be the first four Fridays of July, at 9:00 p.m.

All films except the first will have accessible captioning for deaf people and the meetings, which can be followed live through the CSIC Divulga channel, will have Spanish sign language interpreters.

Remember that the sessions will be freebut they need Advance reservation. Doors will open at 8:45 p.m. and close at 9:15 p.m. Places will be filled in order of arrival. The entrance to the central campus of the CSIC is located at Calle Serrano, 123 (Madrid), accessible by public transport from various Metro and bus lines.

CSIC de Cine is a CSIC dissemination project promoted by the CSIC’s Scientific Culture and Citizen Science area, with the support of the Spanish Foundation for Science and Technology (FECYT) – Ministry of Science and Innovation.