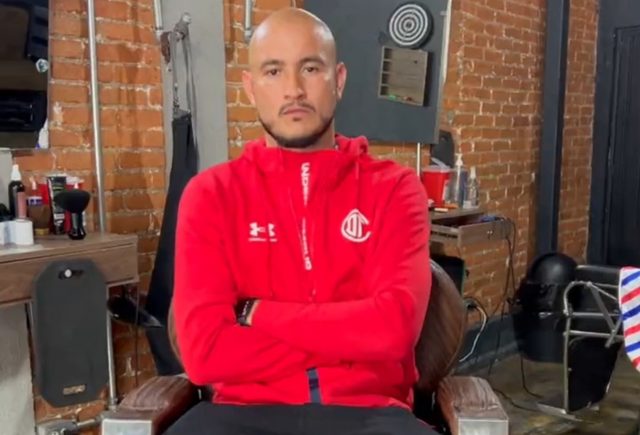 Preseason is over. Starting this Sunday, Ambriz and his team will work day 1, with well-placed goals: erase the bad image left behind and return Toluca to prominence. The 8 registrations are the reflection of two things: the good registration window and the limited squad that they had. The new face of the devil excites his fans and generates respect in the rivals.

crocodile
After a long time that we could summarize in two periods, one before and the other after the interest in Cavani and De Jong, Charly González was made official as a Toluca player. The Devils were always the highest bidder and the most formal. The Paraguayan was agreed between clubs for a week, and in the course of this the player had also established the conditions of his link. The detail was in the termination of his contract with Tigres, which delayed his incorporation.

The reality is that he never refused to sign for Toluca; yes, the striker is brave with the wool, he does not forgive a single peso and ensures every economic detail of the contract, something is also valid. In football, Charli arrives in physical form, for football he has a week to win the position in 11 or among the bench that will travel to Aguascalientes.

Complete…
It was confirmation week of three reinforcements. The 8 registrations from Toluca are: Tiago Volpi, Andrés Mosquera, Brayan Angulo, Fernando Navarro, Sebastián Saucedo, Jean Meneses, Marcel Ruiz and Carlos González. All the lines have been reinforced and although they do not close at a high 9th, it is clear that they are complete to be able to start the contest.

With the Orbelín issue, it was always the player who had the decision. Although in Toluca there was never a negative, he couldn’t wait long either, so that position is covered and only a very good opportunity for Toluca would bring Pineda or someone else to the payroll.

last rehearsal
Toluca beat Puebla 3-1 on their visit in the last game before the start of the tournament. “Fideo” Álvarez, Leo Fernández and Jean Meneses scored for Toluca, while Cortizo made it 3-1. This time the reds did use a natural attacker from the start. Ambriz started with: Volpi under the three posts; “Fingers”, Mosquera, Huerta and Rodríguez in defense. Baeza, Navarro, Sierra, Alan Rodriguez in the middle, with Leo behind the 9 and Camilo at the top.

It should be noted that Jean Meneses came on as a substitute and, as I pointed out above, he scored a goal. Jorge Torres Nilo still trains separately, which gave youngsters Ray Robles and Abraham Villegas space to look for a place in the squad for Friday’s game.

eye there
They say that perfection does not exist, although it would be a reality if in each game you could see debutants or a few minutes academy players, at least on the bench. Robles, Villegas, Virgen, Dávila, “Gallo” Martínez, Riverón, Llanas, Beltrán, Altamirano, Ever López, Violante and Diego Abitia are an Interesting canyon that we will follow up on.

In the case of Abitia, he did not make the preseason but together with Josthin Mendoza (injured) he could soon return to the pilot project. How important it will be to see youth even if it is on the bench but with follow-up.

conclusion
Toluca did not lose in preseason, however, what leaves the best taste in the mouth this period is having reinforcements in a timely manner; Except for González, the other seven players have had minutes of football under Ambriz’s command. That was not previously the case, what’s more, it was the only team in the league that closed 5 signings since the preseason.

We cannot say “clean slate” because paying the fine will be something that will never be erased, it will remain as a shameful stain, however, this face of Toluca is different, and many return the illusion, the joy of returning to the stadium, buy subscription, or support from your city a team that will always be in your heart. With Toluca, lose or win. Day 1 week begins.

Thanks for reading and playing with me.