Last year, after losing on a hook machine, a Tokyo resident threatened the company that ran the Tokyo Arcade arcade with poison gas. After sending repeated threatening letters, he ended up confessing: “I invested a lot of money in that game and I was pissed off because I never took anything.” Also last fall another Japanese called the police after losing 200 times in the same game but in another store. To investigate whether or not it was a scam, officers asked staff to try and remove the stuffed animal. They failed another 300 times.

The employees had to place the prize in an easier place inside the machine to hook it, and the police left without any disturbance. Sega, the owner of those machines, released a statement later saying that hook games were based on luck and skill, but warned staff to be on the lookout for certain situations. Come on, to make the experience more or less easy. But the truth is that winning can seem impossible. Are hook machines a scam?

You’ve probably never seen anyone win. You have observed how despite the ability to perfectly position the hook on the prize and activate it, the pliers just didn’t grip hard enough to pick up the teddy. Basically, because the machines are manipulated in different ways, although they do work very rarely. That is, what appears to be a game of skill is actually a slot machine that depends entirely on luck. 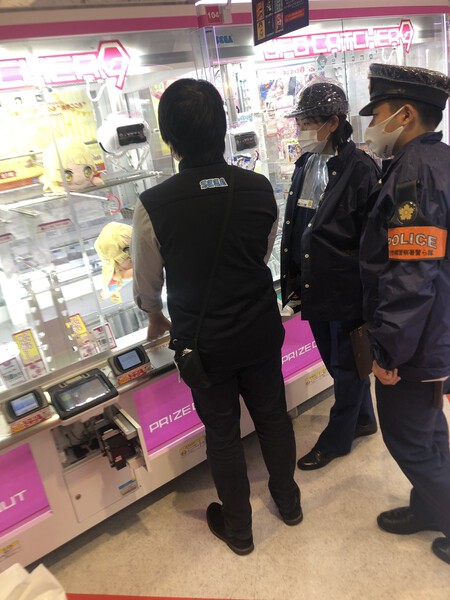 As this Vox report in which some experts on the subject participate, hook machines are programmed to have a strong grip only part of the time. It is not something that they have invented, it is publicly available information in the instruction manual of the most famous machines that exist, the Black Tie Toys. Of course, when Vox reported that these documents were available on the internet, BMI Gaming removed them.

Let’s continue with the scam, because there is more. Much more. The owner can also manually adjust the “drop ability”. That means that in a given number of tries, the hook will drop a prize you have caught before I give it to you. The machines also allow the owner to select the desired level of wins and then automatically adjust the strength of the hook to ensure players only win a limited number of times.

Nobody wants to play with a machine that does not work

Do you want to get that cute Pikachu from your neighborhood fair? The manual itself says that you will have to play dozens of times to get it. The owner can program in advance how often the grip is strong or weak (based on the voltage sent to the hook). But they must also be careful, since nobody wants to play with a machine that never works. Therefore, they sometimes accept less short-term gains by allowing the hook to be stronger more often, giving the machine a better reputation.

While governments regulate slot machines against tampering, this is rarely the case with hook machines. If the operators want to make the experience brutally unfair, there is nothing to stop them. In most cases, the only control is precisely that reputation. But beware, because there are websites that indicate which machines in certain places are manipulated and which are not. The Be the Claw website collects several, although there is no global list.

Umehara Keiji, who owned a hook machine for a while, explained in this Vice report that “the machines are 100% manipulated in arcades.” According to him, “the setup of most of them is very, very detailed. You can set everything to be more attractive but more difficult.” He tells how he himself varied the strength of the hook when going up, down or back over the chute. This makes people feel like they’re about to win when the toy is close of the ramp.

Claw Coach, another machine operator, pointed out in the same article another exasperating feature: predetermined win rates: “They are meant to be programmed so that the cost of the prize price is met before a payment is issued.” For example, if the prize is €10 and the machine charges €1 per attempt, owners can program the machine to pay once every 15 attempts. This means that some lucky people might only win during “a pay round”, when the force is strong enough.

Although the owners of the machines remain silent (logically), the instruction manuals show us all the secrets. And the customers, blind, keep putting in coins to get out that Pikachu that looks at you with the face of: “I’m locked up, get me out of here.”