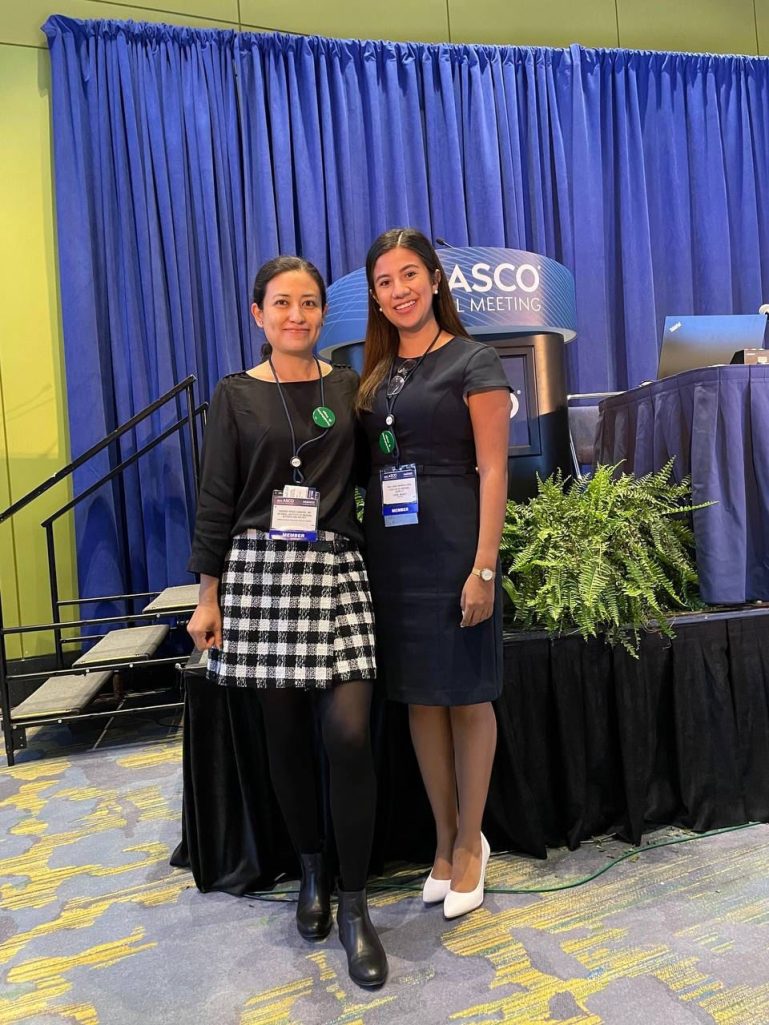 Chicago, Illinois, USA.- The doctor who recently graduated from the Torreón Unit School of Medicine, Karla Lucero Rodríguez Flores, represented the Autonomous University of Coahuila and the National Institute of Medical Sciences and Nutrition “Salvador Zubirán” (INCMNSZ), at the Annual event Medical Student & Resident Abstract Forum 2022 of the American Society of Clinical Oncology, held in person in Chicago, Illinois, United States, on June 4, 2022.

During the forum in which 57 exhibitors participated, 17 in oral mode and 40 in poster mode, physician Karla Rodríguez from UAdeC was one of the five representatives from Mexico, along with Lucero Itzel Torres Valdiviezo, from the Faculty of Medicine of the Universidad de las Américas Puebla, and the Centro Médico Nacional Siglo XXI, which shared the stage with students and medical residents from institutions such as Harvard Medical School, University of Michigan, East Carolina University, United States¸ and the University of Alberta of Canada, among others.

As part of the Genetics and Tumor Biology Block, Karla Rodríguez gave an oral presentation of the results of the research “Clinical characteristics and oncological outcomes in patients with Multiple Endocrine Neoplasia type 1 who developed Gastroenteropancreatic Neuroendocrine Tumors in a Reference Center in Mexico City” , before hundreds of students, residents and doctors from hospitals and universities in the United States, Canada and Mexico. 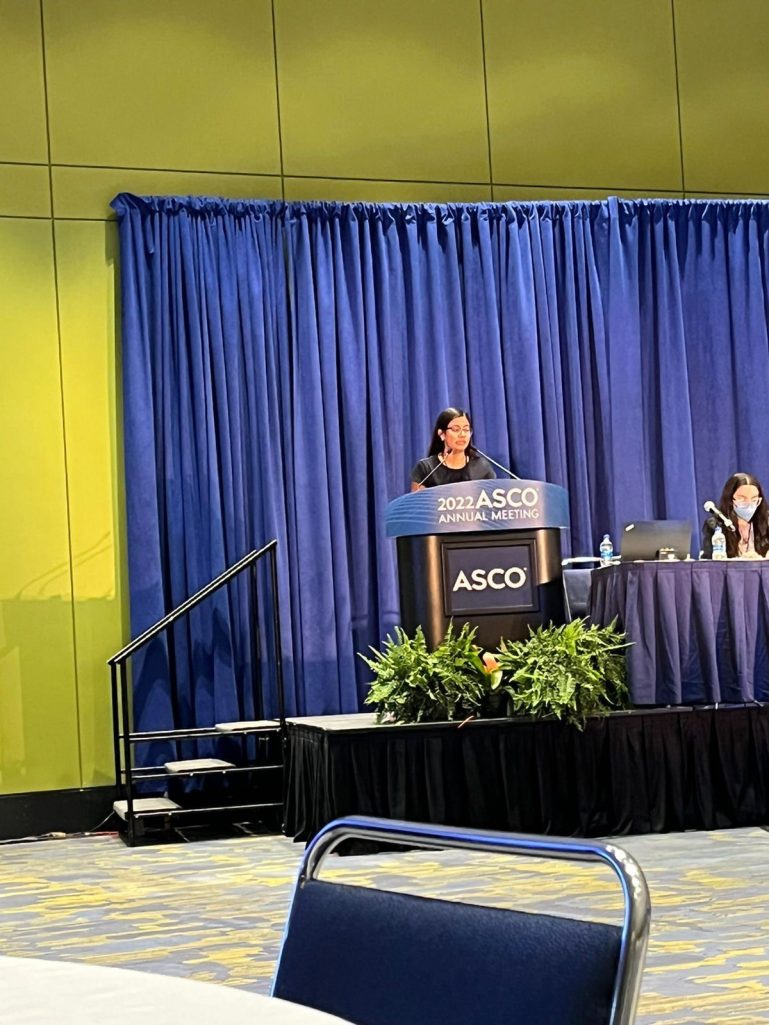 She announced that she was supported by the UT School of Medicine to carry out the research during her stay in the Gastrointestinal Area of ​​the Department of Hematology and Oncology of the National Institute of Medical Sciences and Nutrition “Salvador Zubirán”, in Mexico City, with the collaboration of the oncologists Dra. Vanessa Rosas Camargo, Dr. David Huitzil Meléndez, Dra. Mónica Meneses Medina, and Dr. Alejandro Noguez Ramos, and the geneticist Jazmín Arteaga Vázquez, as well as the social service medical intern, Lucero Itzel Torres Valdiviezo.

For the investigation, the study of patients with gastric, liver, colon and pancreatic cancer was carried out, and after the results obtained, it was determined that worldwide there are only three previous studies that address this issue, so the recent graduate of the UA de C, and the doctors involved, are already preparing the paper for the publication and expansion of this study to other medical centers in the country.

One of the most important results was about the mortality rate and survival cases, in which the patients analyzed with this disease from the year 2000 to 2021, the deaths were lower compared to those registered in studies carried out in the United States, Holland and Israel, since patients of Mexican origin have clinical symptoms that help detect and treat the disease, while in other countries, the disease is silent until it is already at an advanced stage.

Physician Karla Rodríguez thanked the UT School of Medicine and the UA de C, as she said that for this event she was supported with a scholarship of 22 thousand pesos to cover the necessary expenses for her transfer from Torreón to Chicago, in addition to the fact that, Previously, she was awarded a scholarship to take a virtual diploma in Antimicrobial Resistance, taught by the School of Microbiology of the University of Antioquia, in Medellín, Colombia. 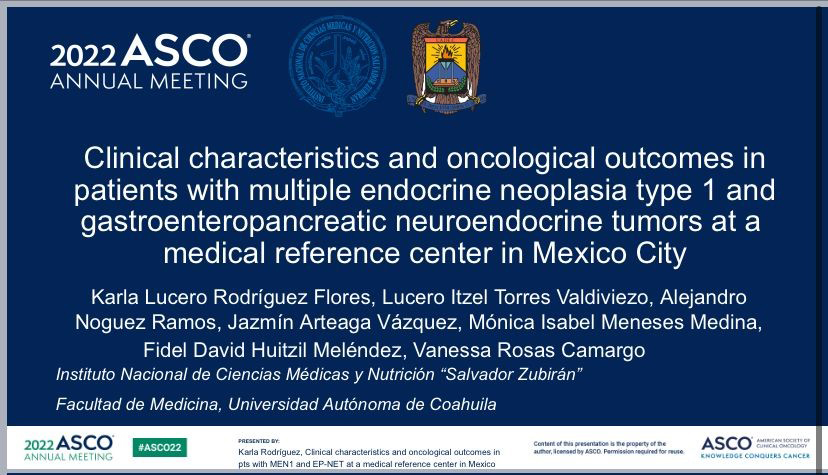 He stressed that the University is characterized by promoting and promoting research, since he said that in the period from 2020 to 2022, he was part of the Medical Training Area of ​​the Society of Students of the Faculty, where he received the support of the institution in all the projects presented, such as the Undergraduate Medical Research Program (INMEP), in which students from the Faculty joined research projects with doctors from the Center for Biomedical Research.

The recent graduate of the Autonomous University of Coahuila, who obtained an average of 97.4, already has extensive experience in research, since in 2019 she participated in the Research Summer in the Department of Reproductive Biology at the Institute of Medical Sciences and Nutrition Salvador Zubirán (INCNMSZ); in 2020 she carried out another Summer of Research at the Translational Medicine Laboratory of the National Cancer Institute, she was chosen as a fellow by the Pfizer Scientific Institute for the XXX Summer of Scientific Research in 2020; and in 2021 she carried out the Summer of Research at the INCMNSZ Department of Hematology and Oncology, from which the study presented in Chicago came about.

Currently, she was selected to carry out the medical internship at the National Institute of Medical Sciences and Nutrition “Salvador Zubirán”, with a duration of one year from July 1, so she is already in Mexico City for the course of induction, shared that his greatest aspiration is to specialize in Oncology, so he is focusing his efforts to develop within that area of ​​medicine. (THE HERALD)