Acting is an essential part of the life of the Guatemalan migrant, Gerzon Girón, originally from Jutiapa and who has lived in the United States for some years. In that country he opened a space to do what he likes and fulfill his dreams while putting the name of Guatemala in style.

Gerzon is a very happy Guatemalan and from the beginning he shows how proud he feels to be from the municipality of El Progreso, Jutiapa.

“I’m from the east and that was part of my childhood because my first 5 years were here in the United States and then we returned to Guatemala because we’re from there and then I decided to return here to the United States,” he said.

He completed his primary studies in a high school in which he had very nice experiences because he shared a lot with his classmates, he started a bit of acting and that’s when in a play “The Ugly Duckling”, where he was the protagonist was that he was born all.

“I was about 8 or 9 years old, so they did the play and I played that role of Patito and my classmates liked it and that’s how they called me Patito. It was at that time that I realized that I was an extrovert and I participated in all the activities of the school, reciting, writing, doing the plays, singing and everything that could be done in terms of art”, he indicated.

Gerzon finished his teaching career for primary education when he was 17 years old, then migrated to the United States and settled in that country, specifically in the city of Los Angeles, California.

As in many cases, it was difficult for the Jutiapaneco to adapt to another reality, but with effort he has been overcoming each obstacle and always with great dedication.

“You realize that things are not as easy as you think, that time was the most difficult for me because I had to take my parents to the hospital because they were sick and I didn’t know anyone here,” he said. 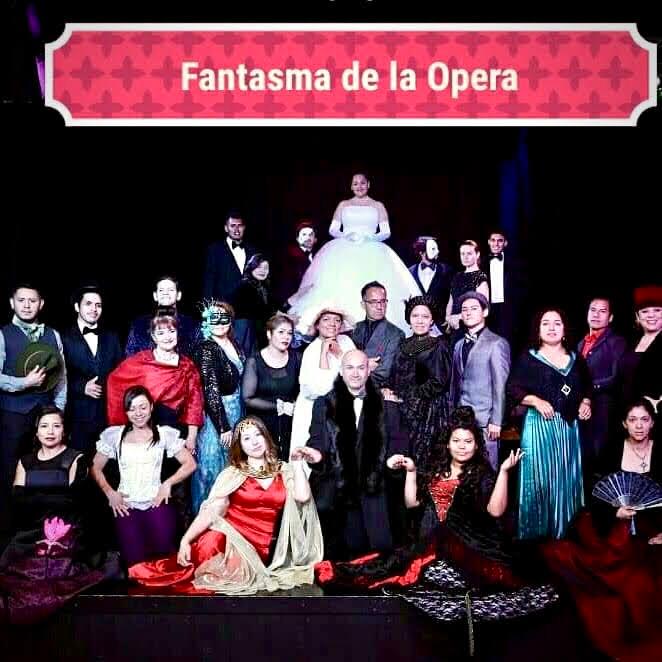 In addition, he mentions that English has always been essential and he decided to learn it well, that’s why he enrolled in school and worked at the same time “the effort and perseverance opened up other opportunities for me,” he reiterated.

He remembers that he got a job in a hospital and with that he opened spaces “sometimes one has to adapt to situations,” he remarked.

There was a time when he waited to get a job as a teacher and then he realized that he needed to work harder to achieve his goals, “I became one of the hospital administrators and I loved it, but I felt that something was missing”.

STARTED WITH HER ACTING STUDIES IN 2018

Realizing that he needed to fulfill his dreams, Gerzon faced difficult times and struggled to study acting because in Guatemala, that was not possible, but it never stopped him and he began his studies in 2018.

“I was given the opportunity to enter an Art School and that is where I started my acting studies in 2018 and it lasted almost a year and our final exam was presented right there. The theater opened and there I did the Phantom of the Opera with colleagues from all over Latin America, he was almost one of the only Guatemalans”, he recounted.

At that time, he said that he made many stagings and in 2019 he began to publish what he was doing on social networks and that was when a person contacted him and told him that he could work in a movie as an extra.

“I sent all my portfolio and photographs, I sent mail and tomorrow I was doing my audition and I had nothing because everything went quickly, I called a friend and told him that I had to take a photograph,” he mentioned.

PARTICIPATED AS AN EXTRA IN WILL SMITH’S GEMINI PROJECT

And finally, they accepted him at Universal Studios to participate in Will Smith’s Gemini Project movie where he had a small participation and of which he feels very happy, “enjoy the whole truth”, that’s why you always have to give 100 % because it is not known who may be watching us, he said.

According to him, one of the most exciting aspects of this project was that his family did not know anything about what he was doing and did everything to surprise them with his achievement, “after I made the film, I joined a radio program to be interviewed and people interacted and people liked that”, he recalled.

WHAT COMES IN LIFE YOU WILL ENJOY IT

Later he says that they called him, but this time to be the host of the program and that is how he has remained in recent months exploring alternatives and surpassing himself more and more from Radio Versal, performances and other projects.

Now he says that he is with a production company with which he participates in his works and that has allowed him to move around several cities in the United States.

“My goals are to prepare myself more and continue to focus on acting because this requires preparation and I don’t know what life will bring me, but whatever comes I will enjoy it,” he said.

A SWAN THAT REACHED ITS GOALS

Although the Jutiapaneco no longer lives in Guatemala, he says that he loves his place of origin and always keeps it in his heart and with his feet on the ground, “I see myself as a swan, because of the attitude, because it has been a long time since that I was a Duckling, but that he reached his goals”.

Finally, he says that he always tries to get involved in supporting children and sports, so he does not seek to remain alone with the achievements but to share with others, he also says that when he feels trapped “he returns to Guatemala to find his life” .

See more MIGRANTS WITH YOU