During the broadcast of the last episode of AEW Dynamite, Bryan Danielson He cut a promo to open the show, where he revealed that he was not medically cleared to compete at the AEW x NJPW Fordidden Door and AEW Dynamyte Blood & Guts shows. Danielson recalled that Zack Saber Jr. challenged him to a match for this weekend’s PPV, and that’s why you will have a substitute of your sizea fighter who will be revealed on the same day of the show.

“I found the only person I trust to take my place in Forbidden Door, the only person I trust for Blood & Guts. The only one who can stand with Zack Saber Jr on the same technical level, and on the violent level of Blood & Guts. Guts. You are going to see what this person will do in AEW,” Bryan stated on AEW Dynamite. Later, he assured that he was not going to reveal his identity.

Once the promotion was over, social networks were filled with all kinds of speculation, but one name stood out above the rest: Cesaro. In fact, not only the fans have brought up the name of the former WWE wrestler. Dave Meltzer, a journalist for Wrestling Observer, assured last night on his radio program that he is almost convinced that it is about him. 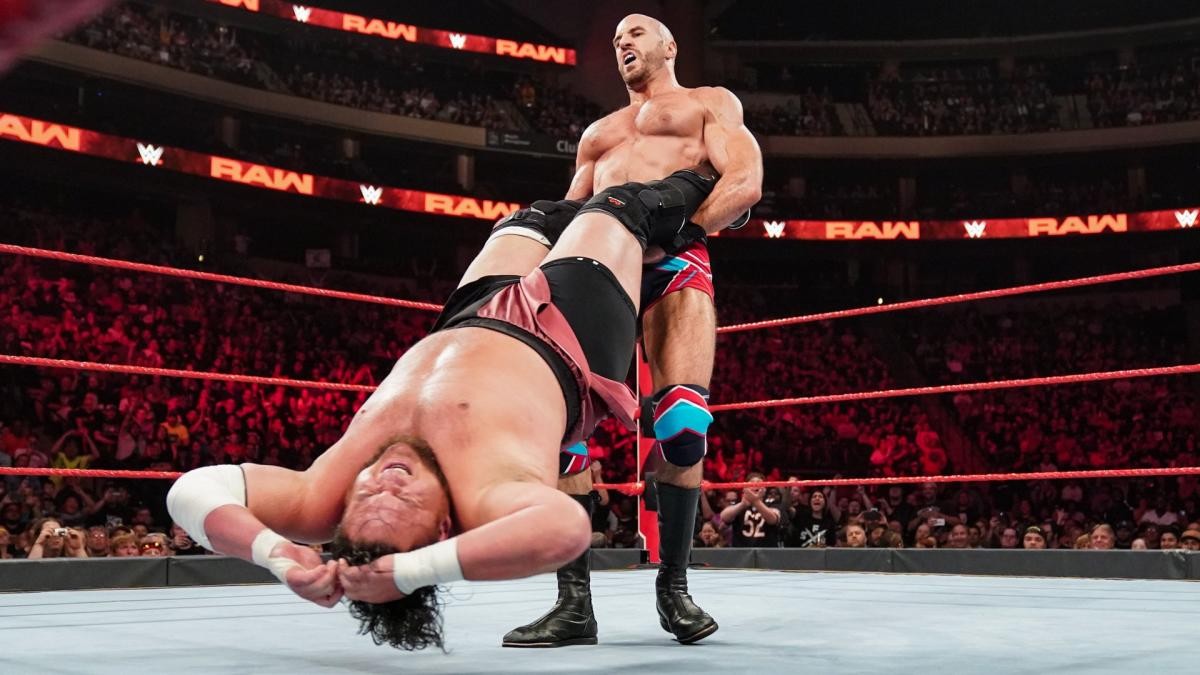 “I think the betting guy is Claudio Castagnoli (Cesaro)… The way Bryan Danielson talked sounded to me like the way he talks about Claudio. So, Claudio is in AEW, I guess, if that’s him. Chances are he’s someone else, but I can’t think of anyone other than him being in that spot and him being available right now,” Meltzer commented on Wrestling Observer Radio.

There are other names that have been put on the table, such as Chris Hero or the one of Johnny Gargano. Hero, previously known in WWE as Kassius Ohno, was released from his contract with the McMahon company in 2020. After this, he decided to walk away from those involved to take a break and reflect. Gargano had his last match with WWE on December 5 at the NXT WarGames event. While he decides what his next move will be, the fighter continues to enjoy his family life. He is currently doing autograph signings and meet-and-greets with fans all over the United States.

On February 24, 2022, it was reported that Cesaro had become a free agent after leaving WWE upon the expiration of his contract. Both parts could not reach a new agreement. Since then there has been speculation about his future and it has even been mentioned that he could return to WWE.