Psychopathy has been taken to the movies on many occasions. This kind of psychological horror based on a psychopathic protagonist has been developed to the point of being considered almost a subgenre of its own within the great catch-all that is cinematographic terror. Reinventing this leading figure (who drinks so much from literature) is very difficult when there are antecedents like Norman Bates and his dark smile in ‘Psycho’; Alex DeLarge’s and his fanaticism for Beethoven and ultraviolence in ‘A Clockwork Orange’ ‘; that of Hannibal Lecter and his legendary hiss in ‘The Silence of the Lambs’ or that of the Joker himself who was embodied so well by Jack Nicholson, Heath Ledger or Joaquin Phoenix. All these cinema icons share a psychological dysfunction that is repudiated in some cases, romanticized in others, and simply misunderstood in others. It is because of that, With the premiere of ‘Black Phone’ on Friday, June 24, Universal Pictures wanted to shed some light on the behavior of these individuals and the reason why they act that way.

Scott Derrickson’s new film represents a return to terror at the hands of Blumhouse (producer of films such as ‘Let Me Out’ or ‘The Invisible Man’) after having traumatized an entire generation with ‘Sinister’ and after having ventured into the odyssey marvelita with ‘Doctor Strange (Doctor Strange)’. In the skin of the psychopath on duty is Ethan Hawke (‘Boyhood (Moments of a life)’, ‘Before sunrise’, ‘The Reverend’) who already collaborated with the director and the producer on ‘Sinister’ and who signs a of the scariest performances so far this year. His character has been brought to the fore to be analyzed by Juan Enrique Soto, Doctor of Psychology and creator of the Behavior Analysis Section of the National Police, which he has directed since 2010. The actor, who recently also joined the Cinematic Universe Marvel playing the villain of ‘Moon Knight’, will be accompanied by James Ransone (who also appeared in ‘Sinister’ and its sequel) and a very young Mason Thames in what will be his first role on the big screen. 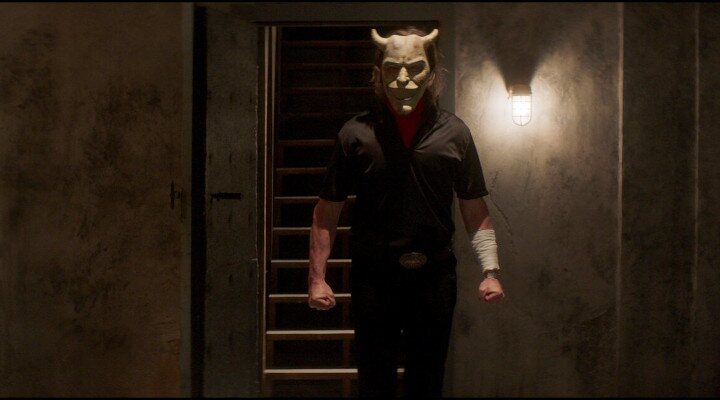 “Trying to define what psychopathy is is getting into a rather complicated mess”. This is how Soto began his presentation where he made it clear that it is a much more popular concept than a scientific one. “Movies, television series, documentaries about fundamentally American murderers create an image of the psychopath that we have deeply rooted”. Without a doubt, it is a term that explores a dysfunctionality in the personality but that has been labeled by ordinary people in order to “breathe easy”According to the doctor. “We automatically relax, as if saying that someone is a psychopath already explains everything”. Soto explained that psychopathy as such is not considered within the scientific field, but rather it is a concept combined between different studies and currents of thought that, together with the mysticism that public opinion grants it, has settled in collective thought. as a mental health disorder. Nothing is further from reality. Of course, there is no consensus within the scientific community, making this term something almost impossible to limit within truly manageable parameters.

Are we potentially psychopaths by nature?

To try to explain the origin of the psychopathy of the character of Ethan Hawke, Soto has gone back almost to the beginning of time. At least from the times when the human being began to stand on two legs. “Aggressiveness, not violence, is something innate that we human beings carry in our genes. We are animals, but we do not have claws or fangs, we are clumsy. We had to develop strategies“. The doctor has thus delved into the crux of the matter by alluding to a person’s response to punishment. “From a young age we are taught to inhibit aggressiveness. When a child does something wrong, he is punished. As we learn to socialize, we assume those rules that, if we do not comply with them, we would be punished. It occurs in each one of us what we call conscience”. Once we have a developed consciousness, we usually put into practice two habitual behaviors. On the one hand, we avoid doing anything that is prohibited. On the other, if we do, we will suffer the consequences: remorse. 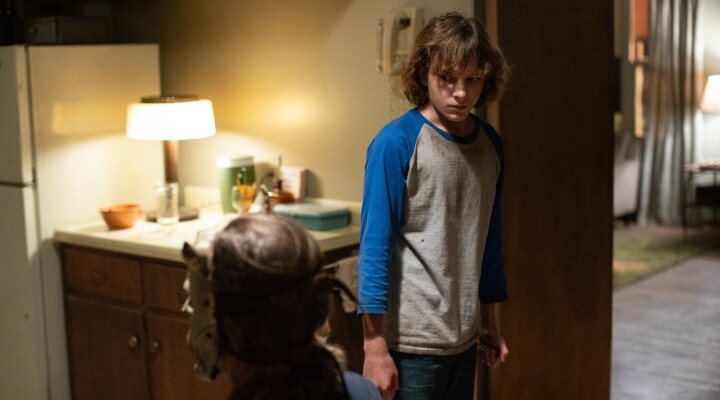 This is where the figure of the psychopath enters, in that gap that occurs when understanding the cause-effect that evil action and punishment entail. Those fears that would come out to anyone when facing a possible punishment would not flourish in the psychopath as often as they should. “That there is this difference in levels is a mix between a biological thing and a personality thing. It shows up nicely with twins who are born together but raised separately. It’s the ideal experiment because you have two exactly the same subjects raised in two different environments. Coincidences can be observed in tastes, in personality, etc”. Therefore, we find a certain number of people who are not so inclined to comply with the rules. With more than 16 criteria used by psychopath tests, Soto has been in charge of defining the two most general types of psychopaths.

Before defining the two types of psychopaths, Soto wanted to explain on a more biological level what is the main difference between an ordinary person and a psychopath. While a standard person has a large amygdala, a sign that he can easily experience fear, a psychopath would have a much smaller one, a sign that he does not get scared like the rest of the people. “Problems to experience fear at the time of punishment”, According to the doctor. With enormous difficulty in expressing some kind of awareness in the face of the danger posed by a punishment, psychopaths would be divided into two quite distinguishable types. “We speak of a primary psychopath when, not being easily afraid, he does not learn from experiences. That conditions them, prevents them from acquiring a conscience and avoids remorse.. To a non-psychopathic person, the suffering of another individual produces compassion, to a psychopath it would produce pleasure”. 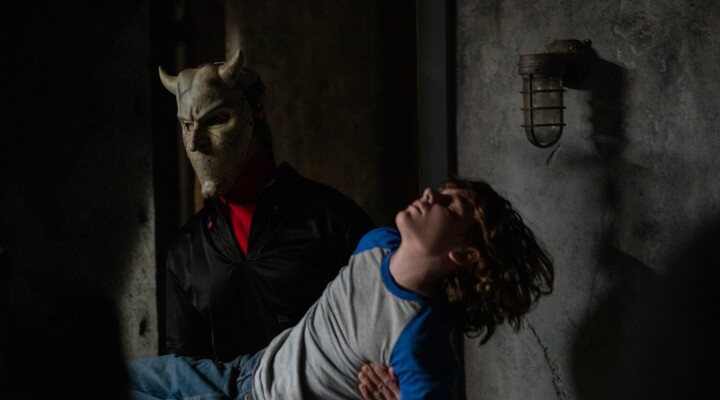 On the other hand, secondary psychopaths are somewhat more impulsive, less methodical. The aggressiveness in their case quickly turns to violence, which could make it easier for them to make a mistake or leave a clue. The first group becomes much more dangerous as they have a cold and calculating character, which will allow them to have a longer criminal career and much more difficult to follow. Another characteristic that would define secondary psychopaths is their low tolerance for boredom. “If you have a low tolerance for boredom, what are you going to do? Look for intense situations. If the punishment does not matter, we find impulsive and violent beings, they would take risks to have a quick reward. This generates such concern that it can only be resolved by acting”. Soto’s indication is that in prison the psychopaths of the second group tend to predominate because they are more erratic and easier to capture.

How to catch Ethan Hawke

When asked about how to apply criminological knowledge in the movie ‘Black Phone’ and thus be able to catch Ethan Hawke’s character, Soto mentioned the SEE method. It is an acronym that refers to Victim-Scene-Reconstruction-Author and that tries to collect data, infer situations and state hypotheses that allow us to embark on the search for this murderer. “It would help to collect all those clues from a geographical point of view, because what matters is stopping him, not studying why he does it. The essential thing is why he chooses those places, if he chooses them it is because he knows them, and if he knows them it is because he has been. That leads you to trace useful lines of investigation, practical“. These lines of investigation to which he refers are easily constructed with tables of contents where the collected data is poured, which will later come together with the aim of being able to narrow down a search in order to catch the psychopath. 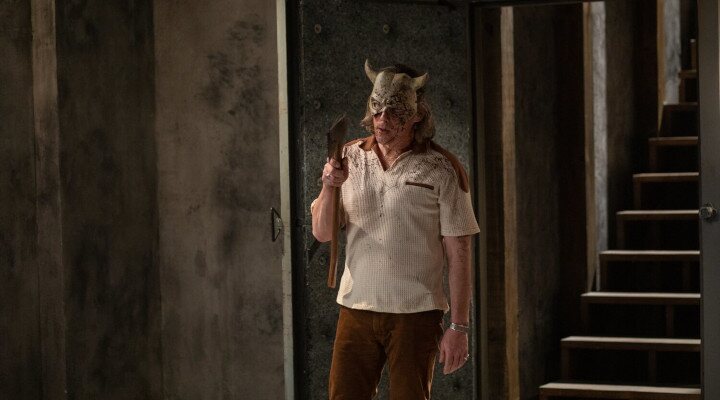 Finally, to the question of how faithful psychopathy and the individuals who suffer from it are in film adaptations, Soto has considered it somewhat “fancy”. “The dramatic license of psychopathy has generated a particular genre within the cinema. Perhaps I would lean towards one that is still a true classic: ‘AmericanPsycho’. It has some elements within its footage that are not normally considered, such as the fact that it has emotions. He (Christian Bale’s Patrick Bateman) is sad, he’s pissed off, he’s jealous, and that’s unusual. The image that we are given of a psychopath is that he does not have any kind of feelings, that he does not have empathy. I remember when the character gets terribly jealous when he sees the quality of the business card of one of his co-workers”.