the final list is one of the highlights of the summer for Amazon Prime Video. Before the eight episodes that make up its first season hit the platform on July 1, the series that marks the return to television of Chris Pratt since goodbye Parks & Recreation has been presented these days in the 61st edition of the Monte Carlo Festivalan event that the Spanish has also passed a private matter.

From the novel of Jack Carr, The story follows James Reece after his entire Marine platoon is ambushed in a high-stakes operation. Reece returns home to his family with conflicting memories and questions about his guilt. However, as new evidence comes to light, Reece discovers dark forces working against him, endangering not only his life, but the lives of those he loves as well.

The producer and showrunner David DiGilio (the creator of another conspiracy thriller like Traveler) and actor taylor kitsch (the iconic Riggins from the cult series friday night lights) they went through the television contest to speak with SERIES & MÁS of ambitious project that marks the debut in the series of Antoine FuqaDirector of Training day Y Guilty. We spoke with them about Chris Pratt, the origin of the writer’s obsession with conspiracies, and the series’ approach to mental health.


Chris Pratt hadn’t been back on TV since 2015. Did you write the series with him in mind?

David: Yes. In fact, the project started when Chris Pratt discovered the existence of the book through his friend, Jared Shaw, a former SEAL who had served in the Army with Jack Carr, the author of the novel. Jared found out the book was going to be published when it was just a manuscript. He got a copy, handed it to Chris, and said, “This is your next character.” In parallel Antoine Fuqua had found out about the existence of the book through one of his friends and was trying to buy the rights to adapt it.

They found out about each other’s plans and said, “If we all want the same material, why don’t we stop competing and create a team?” That’s when they went into the development phase and I arrived. I presented them with a vision of the character that took on a minor psychological element in the book and was going to be more important in the adaptation.

When I was writing I remembered something that Chris had said and that I had found very interesting. At the beginning of the process we were talking about the character and his traits when he told me: “please, don’t say the typical phrases that are given to movie stars.” That was his idea and I thought it was a brilliant suggestion. We wanted it to be as authentic and as honest as possible. I have a very spartan style of writing, I prefer to simplify things and then evolve later. That concept that he had in mind fit perfectly with my way of working. It was a very natural and organic collaboration between all of us. 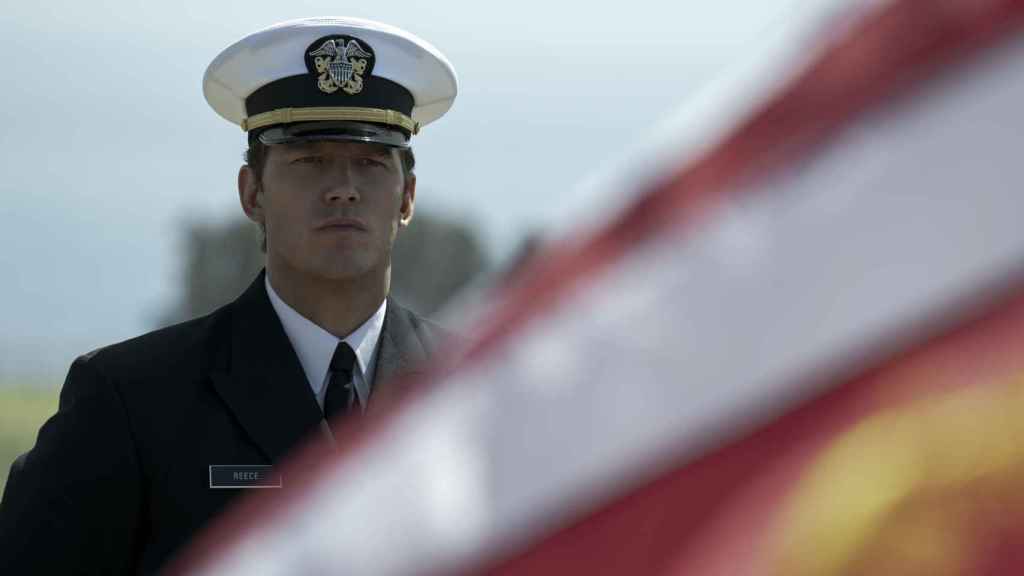 Prior to the final listyou created Traveler, a series about an FBI conspiracy. You’re talking about the SEAL and the CIA here. Has the darker side of these darker institutions always struck you?

David: I grew up in Washington DC and was always drawn to conspiracy thrillers that spoke of the most powerful and how they affected the lives of those who had no power. I was also interested in the opposite: to see that journey where someone initially insignificant becomes very powerful. When I read Jack Carr’s novel, I liked that despite the authentic militarization of the story, that theme is always in the background.

There was a very interesting phrase that Amazon has used in the promotional campaign. Someone talks about how this is a David versus Goliath story when a character wonders which one is really James Reece. “I’m still trying to find out.” It is one of the key moments of this story because it captures the essence of this story very well. There are things that have happened to Reese that the audience will come to understand as the story progresses. To what extent does she have reason to do what she does is one of the big questions in the series. It is a very intense trip, of course.

Taylor, you’ve done more action movies in the past. What was it that caught your attention in this approximation between David and Antoine Fuqua?

Taylor: What I liked the most is that beyond the action there was a very powerful psychological exploration. I liked to move around in those swampy terrain and explore Ben’s duplicity throughout the entire series. He and James are like brothers. Ben may be the only person Reece can trust after everything he’s been through. They grew up together in the army and risked their lives side by side.

I believe that The final list andIt’s an original take on something we’ve seen before, the story of a group of soldiers coming back from war and dealing with the aftermath. I think Dave and Jack Carr have done a great job of going further and playing with that world in a very powerful way. 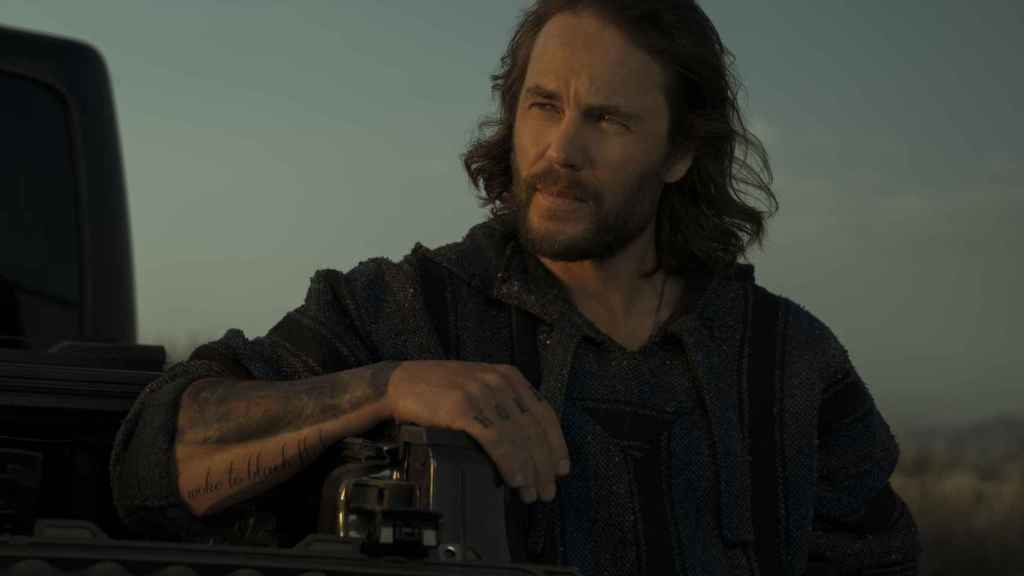 The series also talks about mental health, an issue of increasing concern in the United States military.

Some of our SEALs had dealt with traumatic brain injuries. It is a problem that happens very often, so we had to approach it with a lot of respect. I remember writing a sentence where I was talking about it from a problematic point of view, I hadn’t taken it seriously. Jack made a suggestion to me: “Just by changing this word, we would show how important the problem is.” We wanted to talk about the personal cost of war. What had happened to Reece? That could be one of the great threads of the series.

Taylor: That’s what I loved about the final list. It talks about things we know from original points of view. You can’t imagine how many scripts I’ve received with characters who had come back from the war and were in trouble. They are written without any depth and very lazily.

I’m not against talking about post-traumatic stress disorder. Upside down. It’s important and you have to talk about it, but what you can’t do is approach it from such a vague perspective. I like that the script asks so many questions. Why does he do what he does? What is real, what is fake? How are things manipulated with the use of drugs? 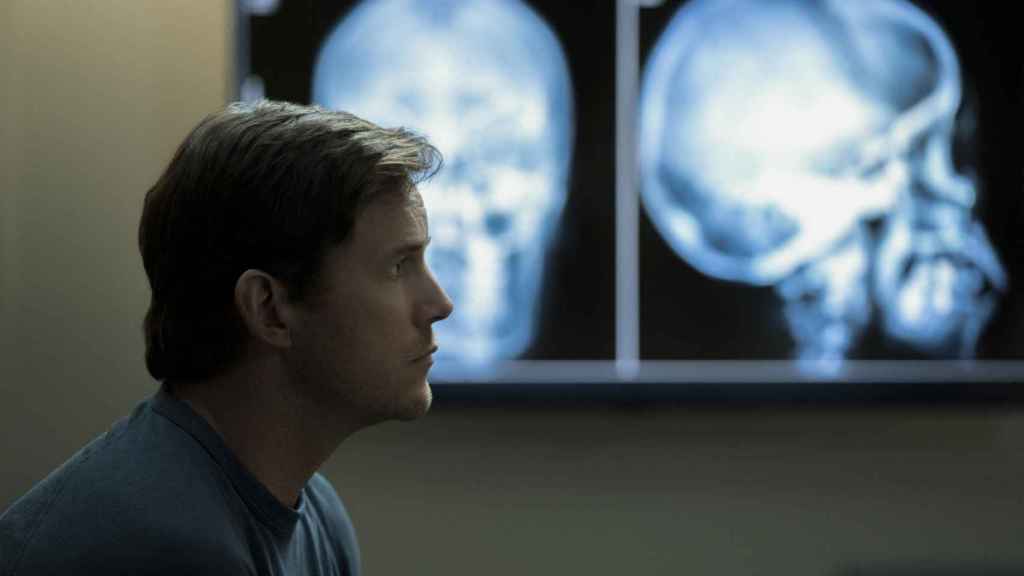 Mental health will be one more problem for James Reece.

Top Gun: Maverick he never mentions the villains or enters political terrain. Were you hesitant to mention Syria and further contextualize the story?

David: We did think and discuss about it. In the end, what mattered was the component of authenticity that we were looking for. That forced us to root that first operation in a real country. In Jack Carr’s book all of that happened in Afghanistan, but when we were working on the adaptation it was the fall of 2019. So there was a certain sense of uncertainty in the air with Afghanistan. We were afraid to stay there and that when the series premiered, the war would be over. That’s how it went. It was a success to bring the action to Syria, although in reality all that is nothing more than a trigger for the story.

The other fundamental leg of the project is Antoine Fuqua. This is his first big project on television. How was that collaboration with someone who was new to the medium?

David: Working with Antoine has been amazing. That man is a visionary and a perfectionist. We think it’s a certain way based on his films, but we find a director who goes much further. We realized that for him everything was limited to the character. Every action scene, every shot. It all started with the characters.

We were having dinner together recently and he told me that he had reached a point where he believes that every frame is important. Antoine said that now many directors are trying to speed up the pace too much even though the story or the characters end up suffering for it. It has been a great opportunity, because you are not only working with a first-rate director, but with someone who has a very specific point of view about his work and about cinema.

The first season of ‘The Final List’ will be available from July 1 on Amazon Prime Video.