Epic Games begins with the big changes of ‘Fall Guys‘ and the game will leave console exclusivity on PlayStation for finally coming to Xbox and Nintendo Switch starting June 21.

The game is also free-to-play, which means that it is free in all its versions and in the case of consoles, there is no need to pay a subscription to play online.

Date and time of the release of ‘Fall Guys’

‘Fall Guys’ will be available for free on PS4, PS5. Xbox One, Xbox Series X|S, Nintendo Switch and PC on June 21.

There are two theories regarding the schedule, the first is that it will be available from the first minute of June 21, while the second indicates that the pre-registration ends on June 20 at 7:00 p.m. in Mexico, it is unknown if at that time the game will go into maintenance or will be playable on all platforms.

You can now download the game in its digital versions: 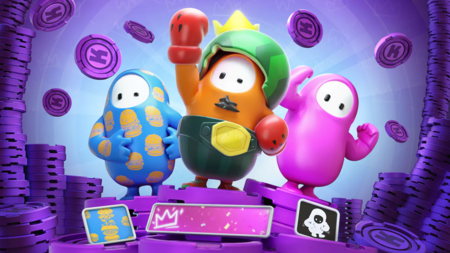 ‘Halo’ will have a special collaboration with ‘Fall Guys’ for fully unlock the Master Chief outfitin order to obtain it, it will be necessary to have the game’s battle pass and complete the elements of the “Spartan Duel” available from June 30 to July 4. 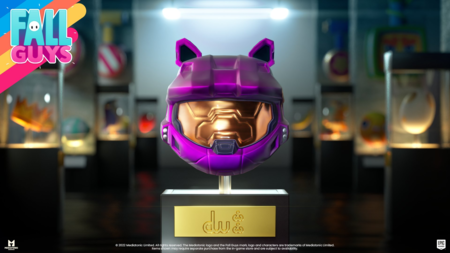 The game update will also have seven new rounds at launch and five obstacles.

You know Hexagony, but have you ever tried to jump from square to square while the ground rotates completely? It sure sounds challenging, but it sounds like you’re up for a challenge!

Volleyfall asks the question: who can throw the ball across the court without the other players returning it to yours? Whoever gets the ball to hit the ground on the opposite side wins!

Speed ​​Circuit brings a new level of chaos and momentum to Fall Guys! Go through the obstacles on your way and run three laps around the circuit without falling into the misty mud.

MISSING ON THE TRACK

This is a course that will really test your Fall Guys skills. With obstacles like speedy arches, jump ropes, and bouncy floors, you’re sure to learn a thing or two. For both new and experienced players, there are many ways to reach the finish line in this iconic test of speed and agility.

We all love bouncy castles, but imagine how I would traverse the Dome of Stumble in one. The new material used in Fiesta de Bounces makes the floor very bouncy. One jump, and you’ll be flying! The bouncy floor can be your friend, or your foe, as you jump through hoops to score points.

In this spinning round, players appear in a rotating ring, and must jump ropes as they approach to avoid falling into the mud! If you mess up when you jump, you’ll be scooping pink slime out of your ears for weeks!

Last but definitely not least, we welcome you to Superball. Players spawn on a platform in the Fall Guys arena, but parts of that platform will collapse over time. Collect super balls and throw them to knock others into the mud!

As of its new update, ‘Fall Guys’ launches a paid season pass that will include 100 levels to unlock. All players will be able to unlock up to 50 levels without paying. 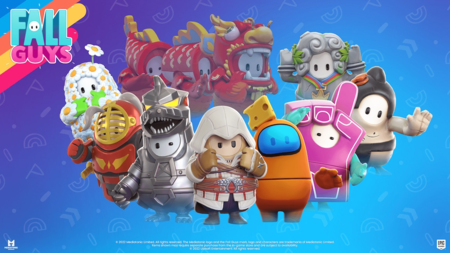 The Season Pass will only include cosmetic items.

The new currency of the game will be the Beans, they can be used to buy the game’s season pass or spend it directly in the item shop.

Most of the items you can buy with beans are of uncommon rarity or higher. 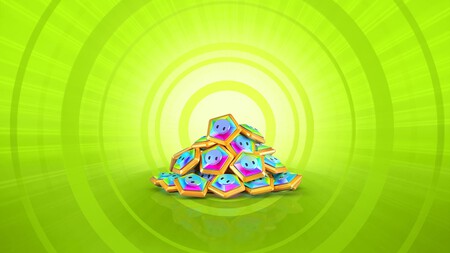 Beans can be purchased directly from the store, if we use the free progress path we can earn 300 beans, while the season pass will give 1,200 beans. 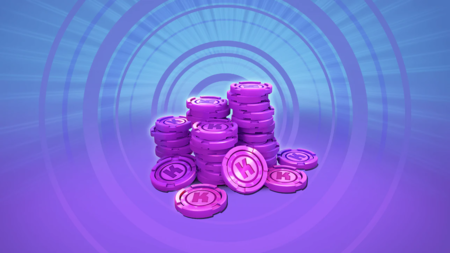 With release, you will no longer receive kudos at the end of your matches. But you will still be able to earn them in events and the season pass.

Kudos can now be used to purchase individual costume parts of common rarity, common colors, and all nicknames and nameplates, as well as faces and patterns. You will find Commendation items available for purchase in the Weekly Commendation section of the Shop and also in the Daily section on an occasional basis. There you will only see the objects that you do not own!

The crowns to show off the level

Crowns were originally designed to buy special items from the shop, now with the update they can no longer be used as currency. Now they will only serve to improve our crown rank and unlock special costumes. 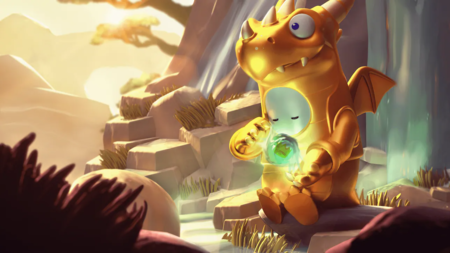 How to play Fall Guys

‘Fall Guys’ is a quiz game where we will have to arrive in the first places with our jelly beans, in each round the last players will be eliminated. Each level can be a race to reach the end of the stage, collect objects or accumulate points. 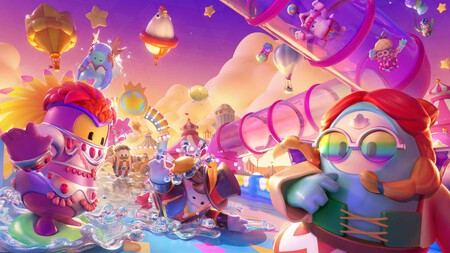 The final round will be a direct elimination or in the case of races the first person to take the crown will be the winner.

The game also comes with some major improvements to take advantage of cross-play: 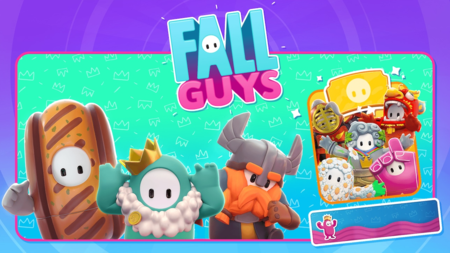