the judgment of Johnny Depp and Amber Heard continues. During today’s session the Dr. Richard Moore, a renowned orthopedic surgeon specializing in hand surgery, denied the actor, who accused the member of ‘Aquaman’ of having caused a cut on his finger with a bottle of vodka.

Did Johnny Depp lie? Amber Heard didn’t hurt him? We tell you everything that has happened so far.

As presented by Dr. Richard Moore, Amber Heard’s first witness, Johnny Depp suffered a “crushing injury”, contrary to what the famous had accused.

“Based on your analysis, did Mr. Depp’s injury occur as a result of a vodka bottle being thrown at him?” Amber Heard’s attorney asked.

He explained that if a bottle had hit Depp, then his fingernail would show signs of trauma; however, x-rays of the finger show that the bone in it had chipped. 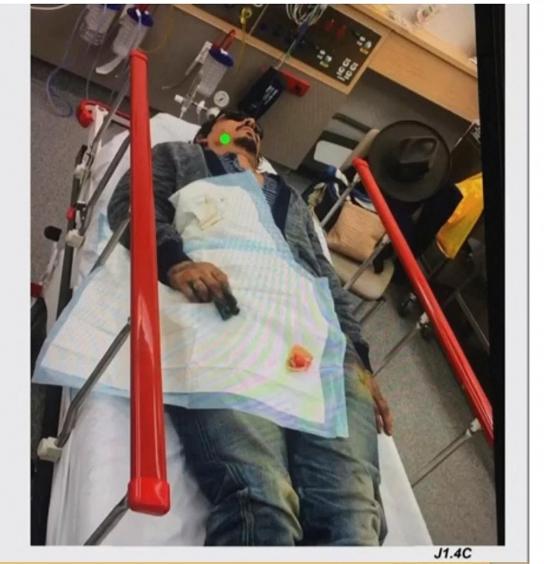 In addition, he explained that if the injury had occurred with the bottle, the actor would have presented more injuries.

Finally, although the doctor mentioned that he cannot rule out 100% that the injury was caused by the bottle, he assured that according to what the actor said, it is almost impossible for this to happen.

According to Johnny Depp, his finger was injured after a fight with Heard, after the actress threw a bottle of vodka at him. However, Heard assured that the actor was injured when he hit a telephone that was on the wall.

On the other hand, a psychiatrist named David R Spiegel pointed out that the actor was trying to keep Amber from working. He assaulted her psychologically.

“Preventing someone from being successful would be a form of psychological aggression,” he said.

He described Depp as a narcissist, as he had control issues:

“Poor self-control, rapid mood swings, an excessive sense of wonder, worship of power and control, and a lack of empathy… The fact that Mrs. Heard owed him, and only wanted to be with him for his fame was an example of it. Jealousy was part of it.

To maintain any form of self-control, a narcissist has to have a lack of empathy… That’s another facet. It was almost routine for Depp to apologize for letting out that monster, that anger,” Spiegel said.