A reality show on a paradisiacal island, a romantic movie in Bahía de las Águilas, a colonial drama and a music video in Punta Cana are some of the scenarios that have positioned the Dominican Republic as an attractive film destination for producers.

Every year more international productions choose the Dominican Republic to film, attracted by its offer of tax incentives, locations and services. In addition to the fact that the national territory offers numerous locations for the creation of movies themed around luxury hotels in La Romana, antiques such as the Colonial City or adventures in national parks, mountain ranges and rivers.

The General Direction of Cinema (DGCine) explains that 15 provinces have been scenes for the filming of foreign and national productions, among which La Vega, Montecristi and Hato Mayor stand out. 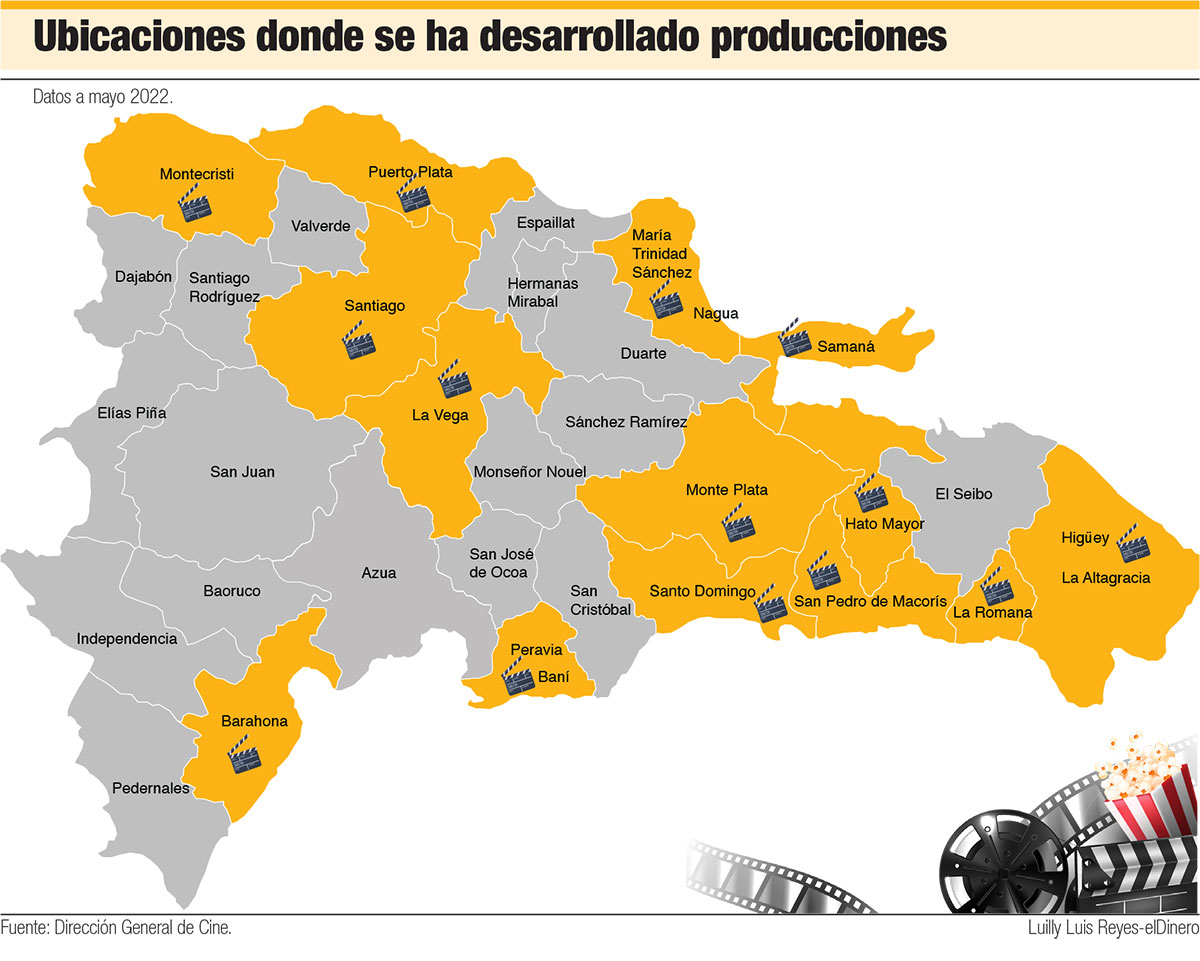 The Victorian-style houses, narrow alleys and narrow paths make the Colonial Zone the favorite city for the filming of iconic films such as “Godfather II” (1974), “La Fiesta del Chivo” (2005) and “True Memories of a Murderer”. international” (2016).

Due to its tropical climate and its offer of sun, beach and sand, Saona Island is the setting for the adventures of Jack Sparrow, Elizabeth Swann and Will Turner in the “Pirates of the Caribbean” saga (2003). Added to this destination is the luxury of Cap Cana in Higüey, with the production of “Fast and Furious 9” (2019) and Puerto Plata to recreate the audiovisual romance of director Randal Kleiser in “Solos por accidental” (2005).

The horror film “OLD”, by producer Night Shyamalan, was shot in Samaná, María Trinidad Sánchez and at the Pinewood studios. This production attracted eight million viewers to movie theaters, according to data from the cultural institution.

Monte Plata is the ideal place to portray the romantic novels and adventures of the writer Loretta Sage, played by Jennifer López in the film “The Lost City” (2021).

While San Pedro de Macorís is the setting for “The Long Song” (2018), a fiction set on a sugar plantation in Jamaica in the 1830s, during his last days of slavery.

Also a producer Vin Diesel bets on the filming of “The Return of Xander Cage” (2017) in Santiago de los Caballeros. His Dominican counterpart, José Enrique Pintor, films the film “Sanky Panky” (2007) on location in Altos de Chavón in La Romana.

“South of Innocence” (2014), by director Héctor Valdez, portrayed the drama of a family that flees to the South (Barahona, Baní and Pedernales) of the Dominican Republic in an adventure that transforms their lives.

After the promulgation of Law 108-10, foreign investors choose this country for the filming of audiovisuals, international actors publish photographs on their social networks, attracting the attention of their followers. This is the case of the actors Jennifer López, Channing Tatum, Vin Diesel and Mark Wahlberg, who posted four photos during the recordings in the Dominican Republic, an action that added 5,011,086 likes.

Going to the movies is a way of “sightseeing” without leaving the city, since it is constituted as a highway of emotions and feelings by watching a movie for approximately one hour and 45 minutes.

The director of the General Directorate of Cinema (DGCine), Marianna Vargas, affirms that “very good professionals” come out of Dominican universities in the cinematographic area, an action that is evidenced in the participation of human capital in national and foreign productions.

According to the Film Information and Registry System (Sirecine), 8,872 people provide services to the local film industry. Of that amount, the highest prevalence is talent (actors and actresses), totaling 24% of the team capable of producing a film (2,192). This is followed by 12% from the production team (1,085), 7% from management (697), 5.3% from cinematographic technical service companies (479) and 2.7% from makeup and hairstyling (244).