In the last decade, the filmic representation of violent Mexico has undergone a sinister transformation: images of checkpoints, shootouts and bodies hanging from bridges have gone from being inevitable recreations of daily fury to becoming a norm diluted by sentimentality and overproduction.

A despite its good intentions, the many documentaries on the subject tend to recreate the simplicity of television language, which tends to trivialize the issues with its daily rotation of horror in the foreground. The cinema, in response, would have to act from stylistic autonomy to question the responsibility of filmmakers and audiences in the face of barbarism, but even in fiction conventionalism and clumsiness prevail. Fortunately, the most responsible films in both areas, of Storm (2016) to No particular signs (2020), have found a larger and more enthusiastic audience, but apart from these exceptions, it seems that Mexican filmmakers are not usually concerned with avoiding the commonplaces of the drug war.

the civilian (2021), by Romanian director Teodora Mihai, opens in this context, inspired by the true story of Miriam Rodríguez Martínez, a Tamaulipas woman who investigated her daughter’s murderers and managed to arrest her, although she ended up shot at home when they managed to escape from prison. The film retains the investigation of the desperate mother from this tragedy but deviates to give us its own conclusions about the action of citizens fed up with institutional astonishment.

Mihai narrates the story of Cielo (Arcelia Ramírez), a housewife who initially describes herself, in gestures and actions, as weak. In the first scene her daughter, Laura (Denise Azpilcueta), reproaches the obedience of her husband, who went to live with a younger woman. “You don’t even dare to ask her for money anymore,” she tells her mother. When the teenager disappears and a hitman nicknamed The Puma (Juan Daniel García Treviño) demands ransom money from Cielo, the decision to become strong to save his daughter assumes fundamental importance, but above all controversial. We’ll get back to it.

the civilian has sensible denunciations throughout its first hour: during a transaction with the criminals, the blue emblem of the PAN is seen in the background and Morena’s slogan, “the true change”, to indicate the political responsibility for the security problems in the country. Later, the clarity of this symbol overflows into obviousness when Cielo goes to a public ministry and hears an agent scold a woman for her outfit, which surely caused her to be violated. The protagonist is treated the same by all the officials who, from then on, manifest the usual bureaucratic vocation to increase the pain. 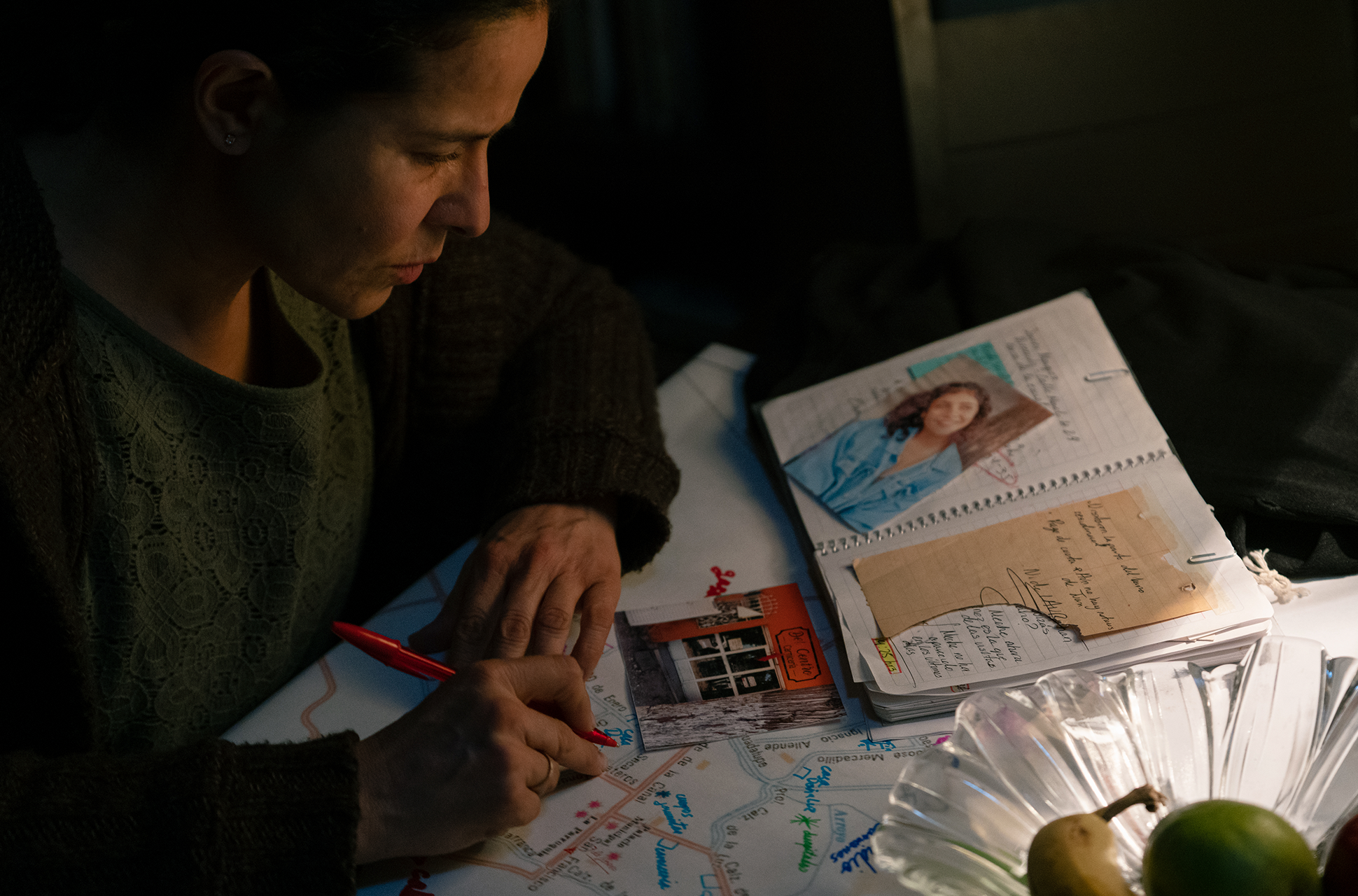 Mihai’s style and actingón de Ramírez compensate for this didacticism with affectivity. Cielo is filmed by a shoulder-mounted camera that registers, more often than not, her face afflicted, expectant, horrified, furious and content. As in the Dardenne brothers’ films, the images of her keep us close to her to suffer her uncertainty as she follows the criminals in slow chases filmed from her car. However, this empathy that has become suspended outlines a first problem of the civilianwhich director Michael Haneke condemned in Schindler’s List (1993), by Steven Spielberg. Like other colleagues and critics, the Austrian filmmaker finds abject the scene in which some showers, which seem about to release Zyklon B, release water, to the relief of a group of Jewish prisoners in Auschwitz. The representation of a real massacre should not entertain an audience that has nothing to lose by the resolution of the suspense, unlike historical figures. Why should we share the uncertainty of Heaven if we don’t look for our children? This would be a debatable aspect of an otherwise ethical film were it not for the fact that the civilian expresses force as a solution to crime.

Miriam Rodriguez Martínez did some detective work to get information and carried a gun to defend himself but did not kill anyone; On the contrary, with the Colectivo de Desaparecidos in San Fernando, he founded a community that sought justice through citizen participation. the civilian, instead, shows us how Heaven is strengthened with violence. If in the first scenes she seems weak, while Gustavo (Álvaro Guerrero), her husband, occupies the dominant role, the roles are inverted in a disturbing way when she meets Lieutenant Lamarque (Jorge A. Jiménez), a military man who has just arrived at the area that agrees to help Cielo.

In his first collaborationón, the protagonist gives Lamarque information that leads to the capture and cruel interrogation of a couple of women. Mihai avoids images of torture but does not seem to condemn the military for making fun of the captives when they demand respect for their human rights. Indeed, time after time, outlaw violence pays off, and the subtlety with which gunfights and sadism are portrayed seems less an ethical approach to drug war imagery than an attempt to cover up the crimes. of Heaven and the soldiers.

the symbolic languageholic and the moralizations of the civilian They support this impression by emphasizing the actions of the protagonist as a way of acquiring agency: a chameleon appears a couple of times to represent Cielo’s transformation, culminating in a scene where she takes a bath and cuts her hair after participating in a performance. The new, strong woman is the one who punishes the criminals and the community that cowardly helped them kidnap her daughter. Only one scene where the mother of a hitman cries and screams for her son questions Cielo’s actions, but the boy’s excessive cynicism tries to erase the empathy that the audience may feel for him and his family. Nobody, more than the protagonist, seems to have justification, and the film falls into the Manichaeism of good and evil.

That same dichotomyThis is the one that has validated the militarization of the country and the decline of the armed forces, which have often been involved in cases of corruption. the civilian he does not question the army at all and rather sees torture and illegal detention as synonymous with justice. More than a tribute to Miriam Rodríguez Martínez and mothers searching for their children, Mihai has produced a revenge fantasy where the crimes of the state find validation.