VISthe international study of paramounthas announced an exclusive agreement with Paco headsthe prestigious showrunner and film and series director (‘Penny Dreadful’, ‘Umbrella Academy’, ‘American Gods’, ‘The Alienist’, ‘Goodbye’…) to lead and direct a variety of television and film projects for the portfolio of company brands.

In addition, Paco Cabezas has worked between the United States and Spain for the last ten years in multiple films and television series, one of them being ‘Mr. Right’ (With Sam Rockwell and Anna Kendrick), the closing night film at Toronto Film Fest 2015. Cabezas will create, direct and produce exclusive non-English speaking projects outside of the United States for Paramount studios, such as ‘ La Novia Gitana’, the adaptation of the successful homonymous novel by Carmen Mola, already in development, with the participation of Atresmedia Televisión and in collaboration with Diagonal TV (Banijay Iberia) and which can be seen exclusively in Spain on ATRESplayer PREMIUM. 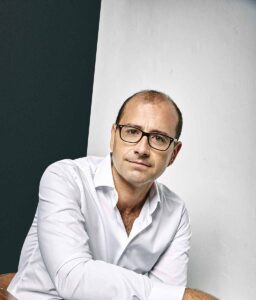 “We are very happy about this alliance with Paco Cabezas, one of the most prestigious directors in our country. This agreement opens up great opportunities by combining the extraordinary creativity of Cabezas with the global reach of VIS, creator of content for Paramount brands”, he said. Laura AprilSenior VP and Head of VIS EMEA and Asia.

“The most important thing for me as an artist and storyteller is creative freedom, this is what really makes a television series special, taking the risk of creating a world that the public has never seen. And VIS and Paramount have become the perfect partner, it is a long-awaited and great alliance”, said Paco Cabezas.

This agreement is one of the many that the Paramount studio has been working on and closing as part of the constant strategy that VIS is developing with various talents such as Juan José Campanella, Santiago Segura, Frida Torresblanco, Marc Anthony, Diego Boneta, Manolo Cardona, and Luis Gerardo Mendez; as well as with prestigious international production companies such as Gaumont, El Deseo, Cattleya, 100 Bares Productions, 11:11 Films & TV and Indigo, among many others.

Internationally acclaimed for his long career as a screenwriter, director and producer in both films and television series such as Aparecidos, Neon Flesh, Mr. Right, Into the Badlands and Penny Dreadful: City of Angels, Paco Cabezas is, without a doubt, one of the the most interesting filmmakers in our country, with a profile in perfect harmony with VIS’ commitment to quality content. Cabezas is represented by Jackoway Austen, CAA and Echo Lake Entertainment.