Science fiction movies and discoveries of fossil remains of dinosaurs give us the idea that it would be interesting to bring them back to life using some scientific technique, cloning them and using their DNA. The creatives of the audiovisual media show quite simple processes to clone dinosaurs and that is why we think that this phenomenon can occur.

The processes they show seem viable and make us believe that it is a possibility to achieve it.

Michael Crichton in the novel Jurassic Park shows us a world in which extinct dinosaurs coexist about a hundred million years ago. When Steven Spielberg brought the story to the cinema in 1993, science could not do that feat and cloning did not work until 1996 with the famous Dolly the sheep. Although many years have passed since that cloning, talking about cloning extinct animals is another matter.

Despite advances in science and technology, in such a vertiginous way these days, DNA samples are only useful for an estimated time of one million years. Which implies that Theoretically, a Neanderthal could be cloned. but i couldn’t clone yourself a Tyrannosaurus rex, because it disappeared more than sixty-six million years ago, and that’s too long.

Apart from considering the astonishing number of years that would not allow the extraction of samples because they are only useful for a million years, it must also be estimated that the complete DNA of the cells presents obstacles because prehistoric dinosaurs are fossilized. 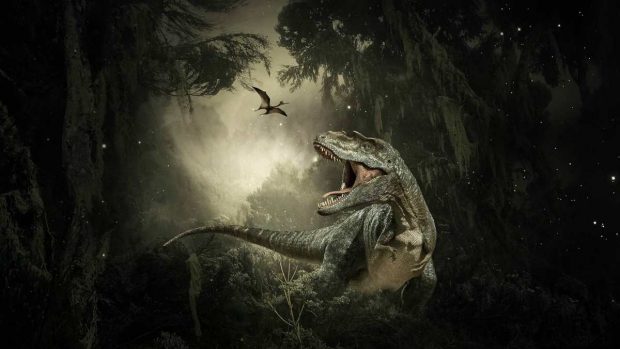 When an animal dies, its remains fall to the ground where sediments are deposited.. The soft tissues begin to degrade or are eaten by scavengers. With only the hard tissues of the body remaining, sand, dirt, mud, and vegetable debris begin to bury it in the ground.

The rainwater in the place where the animal died dissolves the minerals. The sediments serve as protection against erosion and prevent the bones from disintegrating. When the water evaporates, the minerals precipitate in the spongy tissue of the bone and harden it. This phase is that of permineralization and is carried out molecule by molecule for a long time, until the organism is mineralized and turns into stone.

When the local climate erodes the soil where the fossil is found, it can be exposed and discovered by paleontologists.

The DNA of that fossilized organism can no longer be recovered, at least in the state that is needed for the cloning process that we are proposing. In practice, we all expect science to go as far as possible to do so. Let’s hope that later we don’t regret those advances!