Unreal Engine 5 is in vogue, its graphics power is so impressive that it has been used to create some really impressive demos. That is the case that concerns us today, because an artist named Lorenzo Drago has designed one of these hyper realistic demos They look like something out of a movie.

Lorenzo has recreated part of the Toyama train station, located in Japan. Through his ArtStation account, he comments that he did the modeling himself, doing the textures, working with Lumen for the lighting, as well as detailing the animations. On the other hand, he did not use Nanite for the structures, so in his words “models were created using the standard low poly workflow”.

Modeling the textures and structures on his own, using photos of the area and Painter, he uploaded his models as personality material into Unreal to create the necessary masks for the video. On the other hand, to give it that feeling of a documentary with a camera in hand, she made sVirtual Reality tracking in real time. 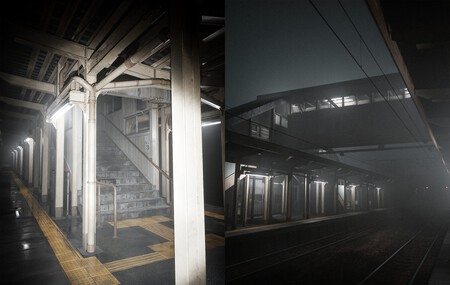 From his words written on ArtStation, we can read that:

For this project, I wanted to get as close to photorealism as possible. I used camera matching to get accurate proportions and made careful use of reference. I then adjusted the measurements to help modularity.

With what was done by Lorenzo, who has made a demo without squeezing the full potential of UE5, we can see what this program is capable of. We will have to wait to see how the titles that we know will run on this graphics engine turn out, as is the case with the next ‘The Witcher’ or the apparent successor to ‘Dino Crysis’, called ‘Instinction’.

Unreal Engine 5 has done wonders as seen in the Matrix demo, in which recreated Keanu Reeves and Carrie-Anne Moss completely, and all without a hint that it was a digital recreation. The recreations of cities, as well as the demos made for video games, show a quality that is beyond surprising. 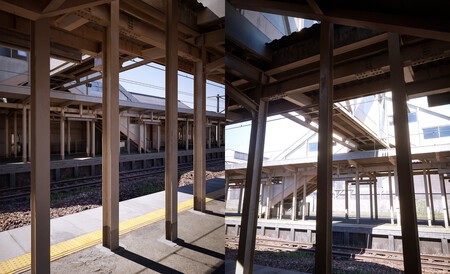 In addition, from Epic Games they had already commented that UE5 will be useful beyond video gamesby being able to create impressive architectural pieces, as well as in the making of movies and series, for its graphic power, which I don’t think there is anyone on the planet who questions it.