A film about midlife crisis

The recent CinemaCon event in Las Vegas Waititi assured that in ‘Love and Thunder’:

“It’s the craziest movie I’ve ever done. It’s got a great, really funny, weird little group of heroes, a new team for Thor with Korg, Valkyrie, and The Mighty Thor. And, IMHO, we’ve got probably the best villain ever.” that Marvel has had thanks to Christian Bale.” 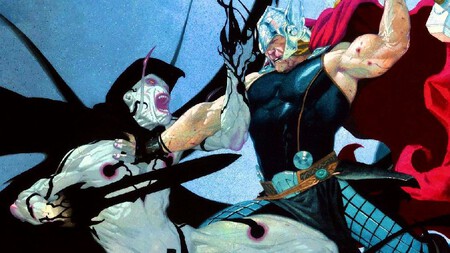 The difference with the previous installment, however, is how the characters will face love and how he addresses the subject of Jane Foster and Thor:

“I wanted to embrace this thing that I’ve always kind of despised, and explore this idea of ​​love, and show characters who do believe in it… On paper, it scares me, but there’s a way to do it with great characters making a great movie, and it’s also having something that no fan wants in a superhero movie, which is people talking about love and characters kissing. I think most people are assuming that the love story is between Chris and Natalie… I can’t promise that what people think will happen in this movie will happen.”