The production of the tenth installment of the ‘Fast & Furious’ saga is still going strong after Louis Leterrier entered the project replacing Justin Lin as director. ‘Fast & Furious 10’ will be produced and starred once again by Vin Diesel, accompanied by Michelle Rodriguez, Ludacris, Tyrese Gibson, Jordana Brewster, Nathalie Emmanuel and Michael Rooker. 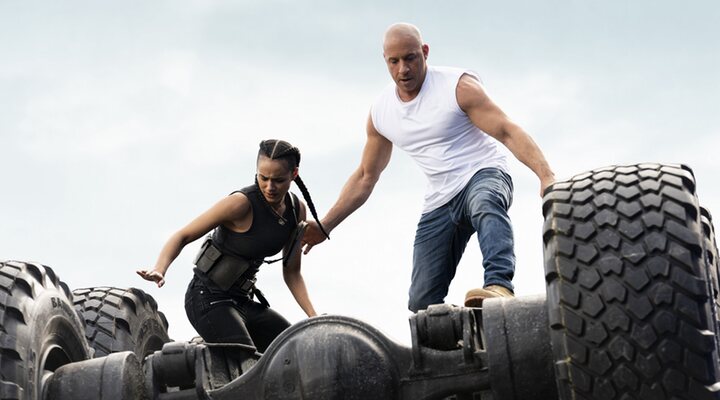 Charlize Theron and Cardi B, additions to ‘Fast & Furious 8’ and ‘Fast & Furious 9’, will also return in this new installment. On the other hand, actresses Daniela Melchior (‘The Suicide Squad’) and Brie Larson (‘Captain Marvel’) will come to the saga. Nevertheless, the big new addition will be Jason Momoa, who has already been seen as the new villain performing stunts on a motorcycle.

The star of ‘Aquaman’ has appeared in some photos of the filming of the film that JustJared has shared, which will undoubtedly have revived the hype of the fans after Lin’s departure was a great inconvenience, especially financial, for Universal Pictures. In fact, the sheer technical complexity of the film and the financial consequences of Lin’s replacement add up to what could become one of the most expensive films in history.

It’s the first look at #FastAndFurious10 with Jason Momoa https://t.co/IxPqD6yheD

Momoa is in London while filming some scenes for ‘Fast X’. The actor will land in the franchise after Theron played Cipher, the enemy to beat in the previous installment, who will return once again. In an interview with Entertainment Tonight (via ScreenRant), Momoa defines his character as “a very flamboyant bad boy” with “a touch of gallantry”.

Vin Diesel already said that ‘Fast X’ would be the first of two parts and that these will form the end of the saga, waiting for the spin-off of Cipher (Charlize Theron), the sequel to ‘Fast & Furious: Hobbs & Shaw’ and another possible spin-off. In this way, ‘Fast & Furious 11’ would seal the trajectory of Dom Toretto’s family.

What about John Cena?

The return of Jakob Toretto, brother of Dom and Mia in the saga, remains unconfirmed, although everything indicates that It is most likely that the character played by John Cena will appear in the new sequel to ‘Fast & Furious’.

a Twitter user has shared photos of John Cena with some fans in London during the filming of the film. On the other hand, his stunt double in ‘The Peacemaker’, Spencer Thomas, has posted a photo on the set on Instagram with the hashtag #fast10yourseatbelts. Too much evidence, right?