Low-cost collections that remain online for a few weeks have made this virtual showcase an e-commerce giant amidst many doubts from the quality of the items on sale to the conditions of the workers. An empire that brought founder Chris Xu to Forbes’ iconic list of new billionaires 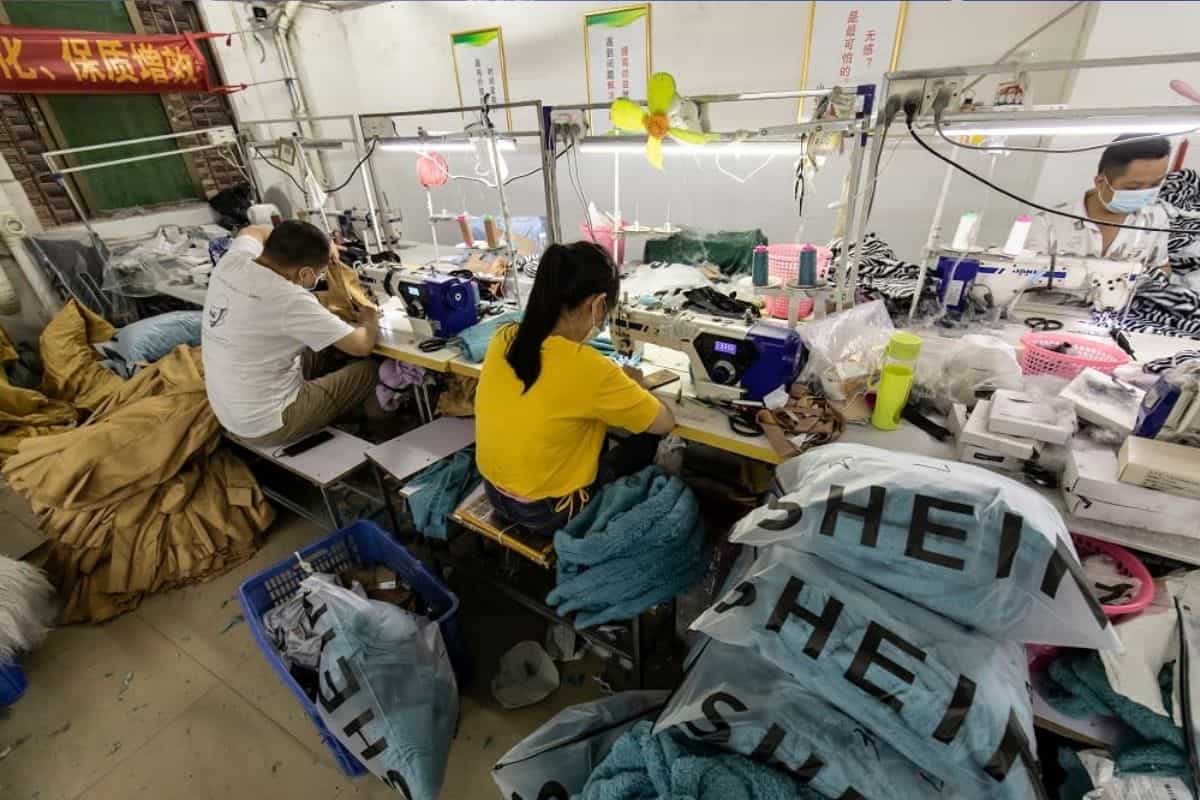 Until a few years ago, one of the problems related to consumerism was fast-fashion with physical and online stores offering attractive collections at affordable prices. Today the dilemma is defined in ultra-fast-fashion and our thoughts turn to a 5-letter brand: SHEIN.

An empire already valued at $ 15 billion in 2020 was and is now estimated at $ 100 billion by Bloomberg, thanks to raising new funding from General Atlantic, Tiger Global Management, IDG and Sequoia Capital China. Not only is it worth more than Zara and H&M combined but it is the world’s most popular e-commerce in over 220 countries.

But who pays the price for this boom? As always happens in these fast “fashion” realities, it is the workers who assemble the collections of this giant, in unimaginable conditions. 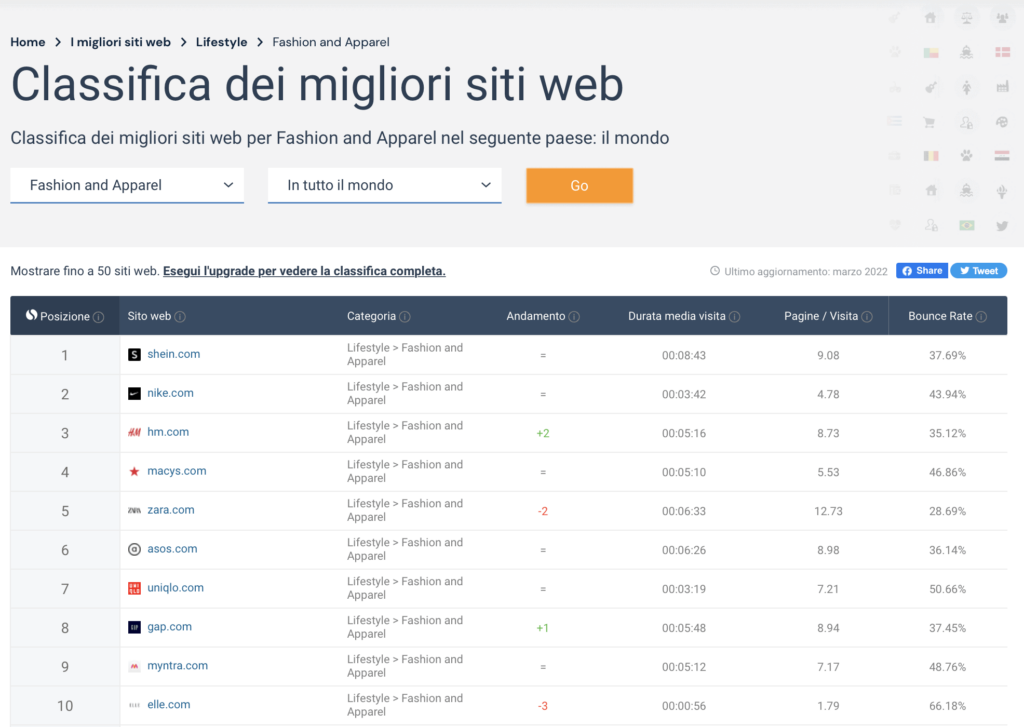 The conditions of the workers

One of the recurring questions that is easily answered is where these garments come from and under what conditions they are produced. The independent organization Public Eye in 2021 conducted an investigation to try to shed light on its darker side on the world that lies behind this colossus of last minute cut and sew.

The researchers identified 17 supplier companies, 7 are located in the winding alleys in the Panyu district, in Guangzhou province, which became the production center in 2015. It is here, about 100 km north of Hong Kong, that thousands of Chinese workers from other provinces arrive with the need to raise as much money as possible to feed their families. Some have years of experience behind them, others a few months.

They agree to spend up to 12 hours a day to cut and assemble fabrics to make the polyester dreams of the youngest come true. Others work in the quality control and packaging departments or iron. Some workshops host as well 200 people crammed into rooms with no exits of emergency and with barred windows, workplace safety isn’t really the priority. Some posters indicate that the company is a supplier of Zoetop, capable of producing 1.2 million items of clothing per day.

There are also subcontractors and a sort of market: some companies are involved in finishing, others in more complex projects. Consequently, the workforce, paid by the piece, earns different amounts depending on the skills, where they work and what they do. For tenders we do not disdain the use of WeChat.

Read also: Do ​​you know how much it really costs us to order garments on Shein? The unacceptable face of ultra fast-fashion that has surpassed even Amazon

Flash deals for a fickle audience

The reference target is that of Generation Z, the same that takes to the streets for the environment and to protest against the extensive exploitation of the planet’s reserves. True or not, the earnings of this group are undeniably huge, supported by a pop image and persuasive web marketing to promote clothing lines available in virtual windows the time of a story on Instagram: synthetic garments with such negligible cost that they are not even worth worth wearing twice. The doubt arises that in such an active reality the central figures are those of analysts to quickly grasp trends or rather preferences.

Who is behind the Chinese brand?

The start up of the Rising Sun appears in 2008 with the name of SheInside. Chris Xu or YangTian Xu, an American entrepreneur of Chinese origins with a degree in economics from the University of Washington, abandons the desire to make wedding dresses and takes over the brand in 2015 which he renames Shein. He quietly starts the online sale of clothes aimed at a market outside China to “offer women and adolescents the opportunity to wear the latest trends at democratic prices”. From the very little information on the official website, the company would belong to two private companies: the Irish Infinite Styles Ecommerce Co. Ltd. active since 7 October 2020 and the Roadget Business Pte. Ltd., established on 22 November 2019 with headquarters in Singapore . For Ethical Consumer it is owned by Zoetop Business Co. Ltd based in Hong Kong. Either way Mr. Xu entered Forbes’ new “billionaire” chart with a net worth of $ 5.4 billion.

A brand looking for a new reputation

One of the most important intangible values ​​for companies and entrepreneurs is that of reputation and also applies to this company that wants to forget some unedifying episodes. Creations copied from emerging designers, others of dubious taste such as the Buddhist swastika pendant or the fringed rugs for the home incredibly inspired by Muslim prayer ones. Items promptly removed with a lot of excuses via social.

A “textbook” charter of corporate values ​​is a must, a presence in the world of fashion that matters starting from the live event during the Paris fashion week of 2019 up to the last event in the elegant London setting of Covent Garden.

In May 2020, the SHEIN Together streaming event was launched in favor of the Covid-19 Solidarity Response Fund for the World Health Organization with a parade of stars such as Katy Perry, Lil Nas X, Rita Ora, Hailey Bieber. Secured a donation of $ 100,000 to this fund as well as 100% of the earnings from sales of the #SHEINtogether t-shirt.

And again the SHEIN X 100K CHALLENGE, a challenge between emerging designers to win 100,000 dollars and the opportunity to exhibit on the showcase site at the unquestionable judgment of celebrities and stylists born from overseas talent. A Y2K version of Heidi Klum’s Project Runway and Making the Cut programs.

Considering the growth volumes of the brand, it is clear that a new engulfing business model is establishing itself: the figure of stylists is debased, only 6% of the inventory remains in stock for 90 days, most of the returns immediately become junk because the cost of re-marketing is not worth it.

Is the convenience of buying disposable garments at ridiculously low prices from your smartphone to mimic a trendy and infinite wardrobe like that of many influencers, is it really worth the health of the planet? Is it possible to justify in this way the enormous quantity of harmful emissions that this type of market, which today has the most striking example in Shein, generates by contributing to damage the tightness of the environment?