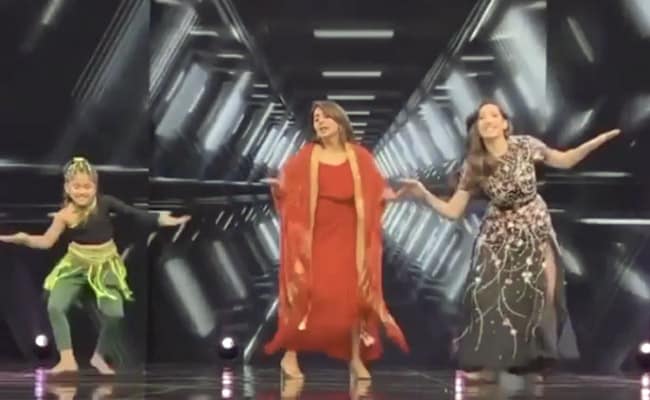 Ranbir Kapoor’s mother Neetu Kapoor is seen very active on social media these days. Many of his videos and pictures are constantly going viral here. On the other hand, Neetu Kapoor is also seen judging the dance reality show ‘Dance Deewane Kids’. Apart from Neetu, Bollywood’s famous dancer Nora Fatehi and choreographer Marzi Pestonji are also judging this show. Recently the shooting of this show has started, in which Neetu Kapoor also appeared. During this a video is becoming increasingly viral on social media. In this video, Neetu Kapoor can be seen doing the hook step of her song ‘Dance Meri Rani’ with Nora Fatehi.

This video has been shared from the page of Team Nora Fatehi. In this video, 63-year-old Neetu Kapoor is seen giving a tremendous competition to Nora Fatehi in dance. Everyone is shocked to see the way Neetu Kapoor is dancing in this viral clip. He cannot believe that Neetu Kapoor is such a strong dancer even today. After watching this video, his son Ranbir Kapoor’s girlfriend Alia Bhatt was also shocked and commented ‘star’ on it.

Neetu Kapoor herself also shared this video shared from Nora Fatehi’s fan page on her Insta account. Along with this, he has given the caption, “Having fun with my favorites on the sets of Dance Deewane”. Let us inform that Neetu Kapoor has recently completed the shooting of her upcoming film ‘Jug Jug Jio’. The film also stars Anil Kapoor, Varun Dhawan and Kiara Advani in lead roles.