Politics is medicine: Américo Villarreal A.

-The Truko prepares for the Great Battle.

It was a virtual interview that lasted approximately forty-six minutes.

During this period, he answered questions from experts about politics, public service, the problems of Tamaulipas and his vision of the relationship between medicine and politics.

Américo showed his perception of what Tamaulipas live and yearn for.

To a direct question about the PRI past of his family, specifically that of his father, former Governor Américo Villarreal Guerra and his affiliation with the National Regeneration Movement.

AVA responded confidently and without hesitation with a famous phrase from the English politician and writer Winston Churchill: “There are men who change parties to maintain their principles.”

Ene made sense that her training and values ​​were tied with the postulates of MORENA, which from being a Nation Project, has become a reality under construction. And he clarified that he never held a popularly elected position with the PRI.

When answering about what a Doctor does in political activity, he mentioned that, for him, both are human sciences.

The Doctor and the politician must know how to listen to the people, based on this they must make a diagnosis and therefore attend to what the people need.

In short, “Politics is Medicine on a grand scale.”

The licensed senator demonstrated that his work as a public servant for almost thirty years in health matters, allowed him to know all the regions of the state, which gives him a real knowledge of the needs of his countrymen.

-The death of the social activist, Guillermo Gutiérrez Riestra, caused great commotion in the political, government and social circles of the capital of Tamaulipas.

Personally, several times I spoke with Guillermo since the beginning of the 90’s, because since those years he was a popular leader who wanted the government in turn to respond to his most basic demands, from the inhabitants of popular CD neighborhoods. Victory.

And it was precisely because of his DNA as a leader and contrary to the governments of the center and right, that at the beginning of the 90’s, he was the object of political persecution and subsequent imprisonment. Those were the times of Manuel Cavazos Lerma.

Guillermo, together with another lawyer friend of his, led his legal defense and months later he achieved freedom, because he defeated the lies of those who accused him without evidence (state government) with the truth.

Years later, Guillermo and his family, like hundreds or thousands in Tamaulipas, were victims in their own flesh of the growing and uncontrollable insecurity and violence.

In 2011, her beloved daughter, Raquel, was “lifted up” and to this day, eleven years later, nothing is known of her whereabouts.

That tragedy marked the new way of life of that man, who was already a social fighter.

Since then, Guillermo has dedicated every hour of his life to searching for his daughter throughout the northeastern region of the country.

Then he organized dozens of hurt and despairing families and formed the “Collective of Relatives and Friends who disappeared in Tamaulipas.” With two objectives, to demand from the government results in the investigations of their disappeared or murdered relatives and to initiate them with their own means and moved by faith, the search and location of their loved ones.

And my friend and journalist Mary Jaramillo Alanís is quite right when she wrote the following words:

“His fight does not end with his death, his example spread in hundreds of voices, sadly.

Goodbye dear Memo, fly to the stars and from there peep out and keep screaming so that all public servants can’t sleep… They were taken away alive, we love them alive!

The voice of Guillermo Gutiérrez Riestra could only be defeated by death. See you always!”.

-A few hours ago some documents began to circulate on social networks that point to the former PAN mayor of CD. Victoria, Xicoténcatl González Uresti, as a possible beneficiary of the Federal Program “Production for Wellbeing”.

If this is true, the worst mayor that the capital of Tamaulipas has had, at least in the last thirty years, and who had to be removed from office, would be “pocketing” between fifteen hundred and two thousand pesos for each hectare that enrolled in this program, whose purpose is to support small and medium farmers in the field.

The procedure of the today “brand new” undersecretary of state health, to benefit from this noble program, has folio 189 2839, of the Ministry of Agriculture and Rural Development (Sader).

The question from the citizens is: Xico did not fill economically with his salary (to put it respectfully) as municipal president, today as Undersecretary of State, who even seeks money from social programs?

They have no parent!

-César Augusto Verástegui Ostos, PAN candidate for state governor, is taking advantage of this electoral break to make some adjustments to his team and political strategy.

The Truko, as they call him colloquially, detected some flaws in the pre-campaign and since he is willing to win on June 5, he does not want even the slightest hint of doubt in his victory.

He knows that the contest against Américo Villarreal, from Morena, will not be easy and that is why he will make adjustments to his team of collaborators.

It is mentioned that influential personalities with a recognized political-electoral trajectory, who have had resounding triumphs in other entities, bring innovative ideas.

This does not mean that it will displace local collaborators, because they were selected for a reason.

Comments and suggestions to: victam63@yahoo.com.mx 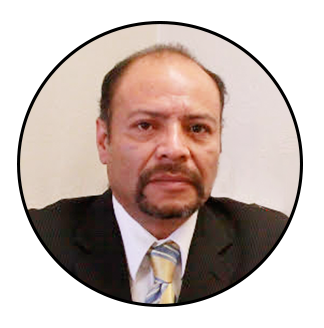 He studied a degree in Communication Sciences at the UAT.

He started as a television reporter in 1985, in Tampico, Tamps.

Head of Information at Televisa Victoria.

Head of Television in Gob. of the Edo.

He has participated in two political campaigns as coordinator of Television and Radio.

Currently Television Coordinator in the Dir. de Com. Soc. of the UAT.