Vitalik Buterin, co-founder of the Ethereum blockchain, says that the universe of digital assets may actually benefit from the current drop in coin prices that has rattled investors and is known as another crypto winter.

“People who are deeply involved in cryptocurrencies, and especially building things, a lot of them welcome a bear market,” Buterin said during an interview with Bloomberg. “They welcome the bear market because when you have these long periods of prices going up in huge amounts like it does, obviously it makes a lot of people happy, but it also tends to invite a lot of people in the very short term.”

The prices of cryptocurrencies have slumped since hitting all-time highs in early November as investors and speculators anticipate a reduction in the huge amounts of stimulus added to global economies and markets in the wake of the Covid pandemic. The Bloomberg Galaxy Crypto Index is down roughly 45% from its all-time high. Ether, the most widely used native blockchain currency in the world, has plunged around 40% over the same period.

Since the last “crypto winter” in 2018, the sector has been booming. Price tracking website CoinGecko lists a staggering 12,588 tokens. The sheer amount of money invested during the latest cryptocurrency bull run may have created many overnight millionaire or billionaire stories, but one’s gains in crypto are often the losses and pain of others as well. 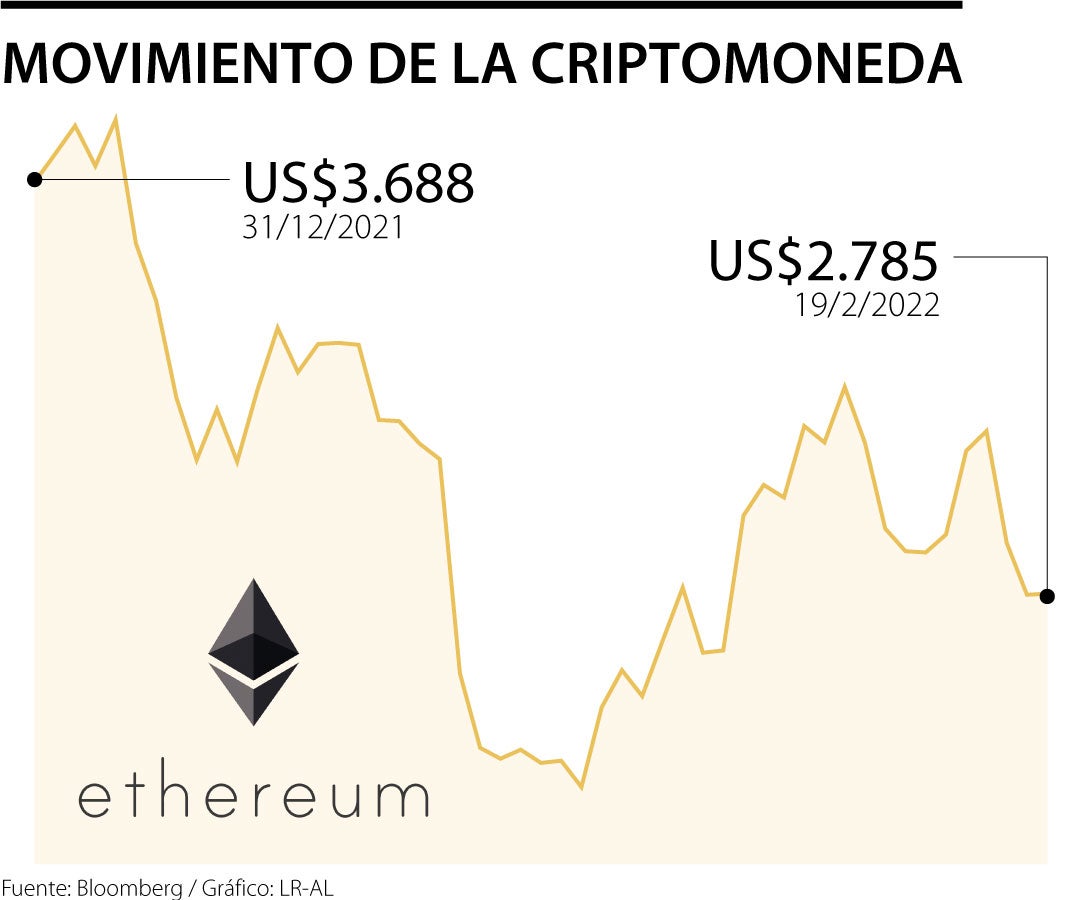 Market manipulation schemes, such as so-called pumps and dumps, were often found in crypto apps run by people who were only into crypto for short-term gains.

“Winters are the time when a lot of those apps go away and you can see which projects are really sustainable in the long run, both in their models and their teams and their people,” the 28-year-old crypto billionaire said. .

However, Buterin, who said he was “surprised” by how the market has moved since last year, is unsure if cryptocurrencies have entered another winter or if the sector is simply reflecting volatility in broader markets.

“It seems that the crypto markets They change from being a niche group that is controlled by a very specific group of participants and is quite disconnected from traditional markets to something that behaves more and more as if it is part of the main financial markets. ”, he said from Denver on February 12.

He also added that a crypto winter can also help those who are building projects in crypto to focus on improving the technology.

Buterin has changed his approach to scaling Ethereum in recent years. The popular blockchain has long been criticized because transactions on Ethereum can be slow and expensive. The Buterin Ethereum Foundation is leading the latest efforts dedicated to improving the scalability of the blockchain with perhaps the biggest upgrades in Ethereum history.

“When everyone tries to use blockchain again,” Buterin said. “We don’t want them to find out once again that no, really, there’s not enough room on the chain for everyone.”