El Tri receives the United States in March when the fans return to the Azteca Stadium.

Oxygenating goal! Penalty on Lainez and Jiménez makes it 1-0 ‘as a boss’

Behind the Mexico vs. Panama the Tri remain in third place of the Concacaf Octagon behind Canada and the United States.

The Canadians beat El Salvador 2-0 although they already had secured first place in the World Cup qualifiers even with a defeat. The United States beat Honduras 3-0 and reaches 21 points.

Mexico started their game against Panama with 18 points, while the canaleros have one less. With the victory thanks to Raúl Jiménez’s penalty goal, Mexico equaled the United States on points, but trailed on goal difference.

The Concacaf Octagonal has three dates left to play in March and that will end up defining the qualifiers for the Qatar 2022 World Cup. The confederation gives three direct tickets and one to playoff to the World Cup that starts on November 21.

THIS IS THE OCTAGONAL TABLE 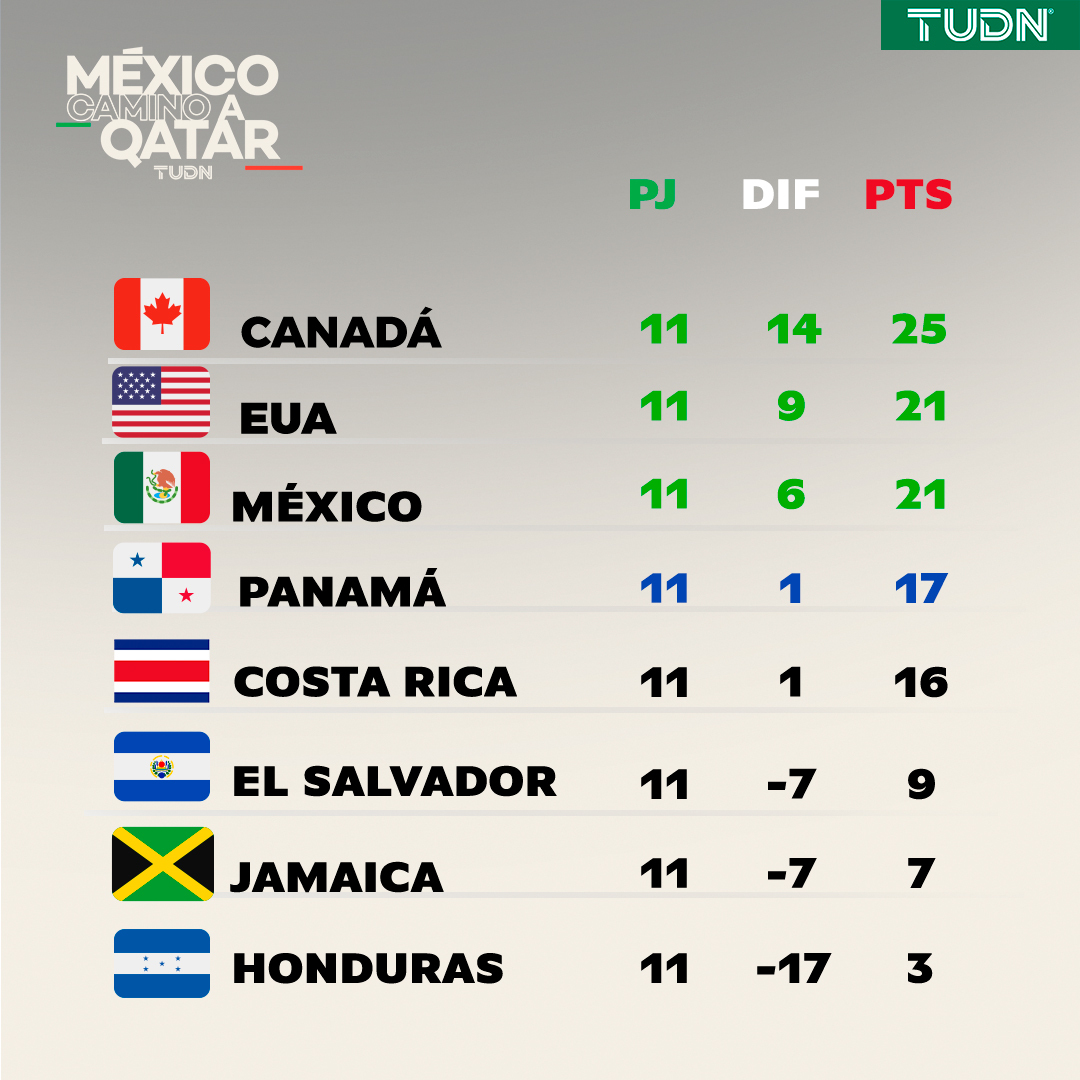 CALENDAR OF THE OCTAGONAL IN MARCH

THE FANS WILL RETURN TO THE AZTECA STADIUM

Mexico will play two of its last three Concacaf Octagonal games at home: against the United States, first, and in its last qualifying game against El Salvador.

After serving the sanction for the homophobic cry on the FIFA Date, El Tri will have fans at the Azteca Stadium.