Of the 32 places for the World Cup Qatar 2022 there are 13 occupied and 19 available. This week in the reactivation of the world cup qualifiers In three of the six confederations, some countries of Concacaf, Conmebol and the Asian Confederation they could secure a ticket to the fair that will be held from November 21 to December 18 of this year.

Mexico to the World Cup: this is the panorama

Although in the Concacaf Octagonal Final there are still 18 points to be played and many combinations are needed to seal one of the three direct quotas, Canada, the United States and Mexico could direct their path to Qatar 2022 in case of obtaining good results on this FIFA Date, remembering that El Tri will play against Jamaica, Costa Rica and Panama.

Even, and despite the fact that Honduras occupies the last place in the table with three points, mathematically it is not eliminated, like El Salvador (6), Jamaica (7), and Costa Rica (9), which are outside the zone. classification and Repechage. 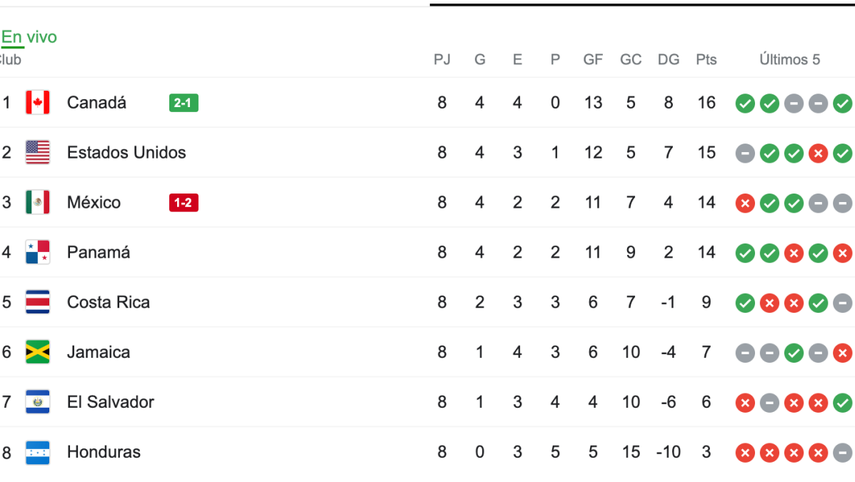 Ecuador, candidate for ticket in Conmebol

In South America are already occupied two of the four direct tickets to Qatar with four games remaining, the Ecuador national team, with 23 units and in third place in the classification, is the one that has the clearest path to reach the world Cup.

It seems difficult to achieve it on this double date, however, the Ecuadorians would be able to seal their ticket in case they get two victories (Brazil and Peru) and that Colombia, Peru, Chile and Uruguay do not add more than three units in their two games.

In the lower part, Venezuela, with seven units, could mathematically be left out in the first duel of this FIFA Date against Bolivia. The Venezuelans need to win to maintain hope, at least, of getting a place in the World Cup Repechage, which will go to whoever finishes fifth in the table.

Asia could award up to three places

In the Asian Confederation the stage is clear in Group A for Iran and South Korea, teams that could seal their participation in Qatar on this FIFA Date. Iran needs to win or draw against the United Arab Emirates, while the Koreans need to beat Lebanon and the Iranians need to beat the Arab team.

In Group B, Saudi Arabia, first place in the sector with 16 points, would have the possibility of getting his place in the World Cup, however, he needs to win his two games of the double date (against Oman and Japan) and that Japan and Australia do not add more than three points.

Iraq, Syria, Vietnam and China are the teams that could say goodbye to any possibility of going to Qatar on this FIFA Date.

Why don’t they play in Europe?

For its part, UEFA does not have qualifying matches since the playoff games will be played on March 24 and 29. The playoff will be played in a Final Four format where the 12 teams will be separated into three groups, of which the champion of each sector will reach the World Cup.

The groups and clashes were as follows:

Countries that are already in the World Cup