Apple Original Films has released the official trailer for ‘finch‘, a long-awaited film that will premiere on Apple TV+ on Friday, November 5 in more than 100 countries around the world, including Spain.

Tom Hanks and Caleb Landry Jones lead the cast of this fantasy drama in which a man, a robot, and a dog form an unlikely family, in a thrilling adventure about one man’s efforts to secure his dog a new companion for when he’s gone. it’s not there anymore

Hanks plays Finch, a robotic engineer and one of the few survivors of a solar cataclysm that has turned the world into an inhospitable desert. Finch, who has been living in an underground bunker for a decade, has built a world of his own that he shares with his dog, Goodyear, as well as a robot – played by Jones – to care for the animal when he can no longer do so.

As the trio embarks on a perilous journey across a desolate United States, Finch struggles to teach his creation, who calls himself Jeff, the joys and wonders of being alive. This “road trip” will be filled with all kinds of challenges, the most difficult for Finch being convincing Jeff and Goodyear to get along while facing the dangers of this new world.

‘finch‘ is written by Craig Luck and Ivor Powell, producers of the ‘Alien’ and the ‘Blade Runner’ by Ridley Scott who thus make their debut as screenwriters, and directed by Miguel Sapochnik, known mainly for being responsible for up to six episodes of ‘Game of Thrones’; among them, those corresponding to ‘The battle of the bastards’, ‘The long night’ and ‘The bells’.

The film was originally going to be distributed in theaters by Universal (in the United States) and eOne Films (in Spain) under the title of ‘bios’, being the second film starring Tom Hanks that Apple will distribute after the notable ‘Greyhound: Enemies Under the Sea‘. 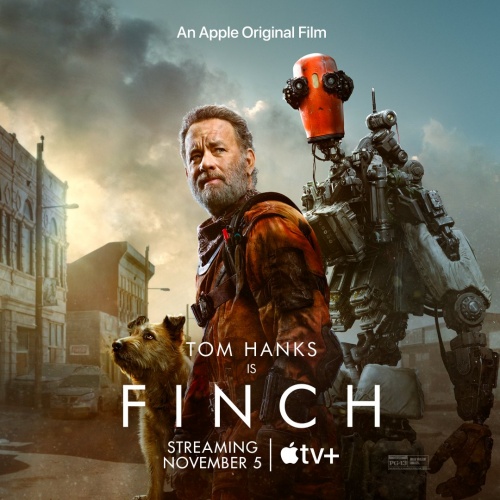