Western fans of the Trails saga are celebrating this 2022 and next 2023, and it could not be for less. NISAmerica announced a few months ago localizations for four famous Nihon Falcom games, including the Crossbell duology (Trails From Zero and Trails to Azure). This story arc consists of two entries in the franchise that had not been available outside of Japan for years, all dealing with a case very similar to the one already seen with The Great Ace Attorney Chronicles.

Recently, NISA has announced a deluxe edition and a limited edition for the first game in this duology: Trails From Zero. You can find both editions for both Nintendo Switch and PS4.

the limited edition includes, apart from the game itself, the following:

You can find it and reserve it at NISA’s own online store, here, if you live in America. The European edition will be available from next Monday in the European NIS store. For now, in the American store it is at $89.99 (and it is expected that the figure will be similar in euros). Its release date seems to coincide with that of the title: autumn 2022.

On the other hand, we know that deluxe version will bring the following: 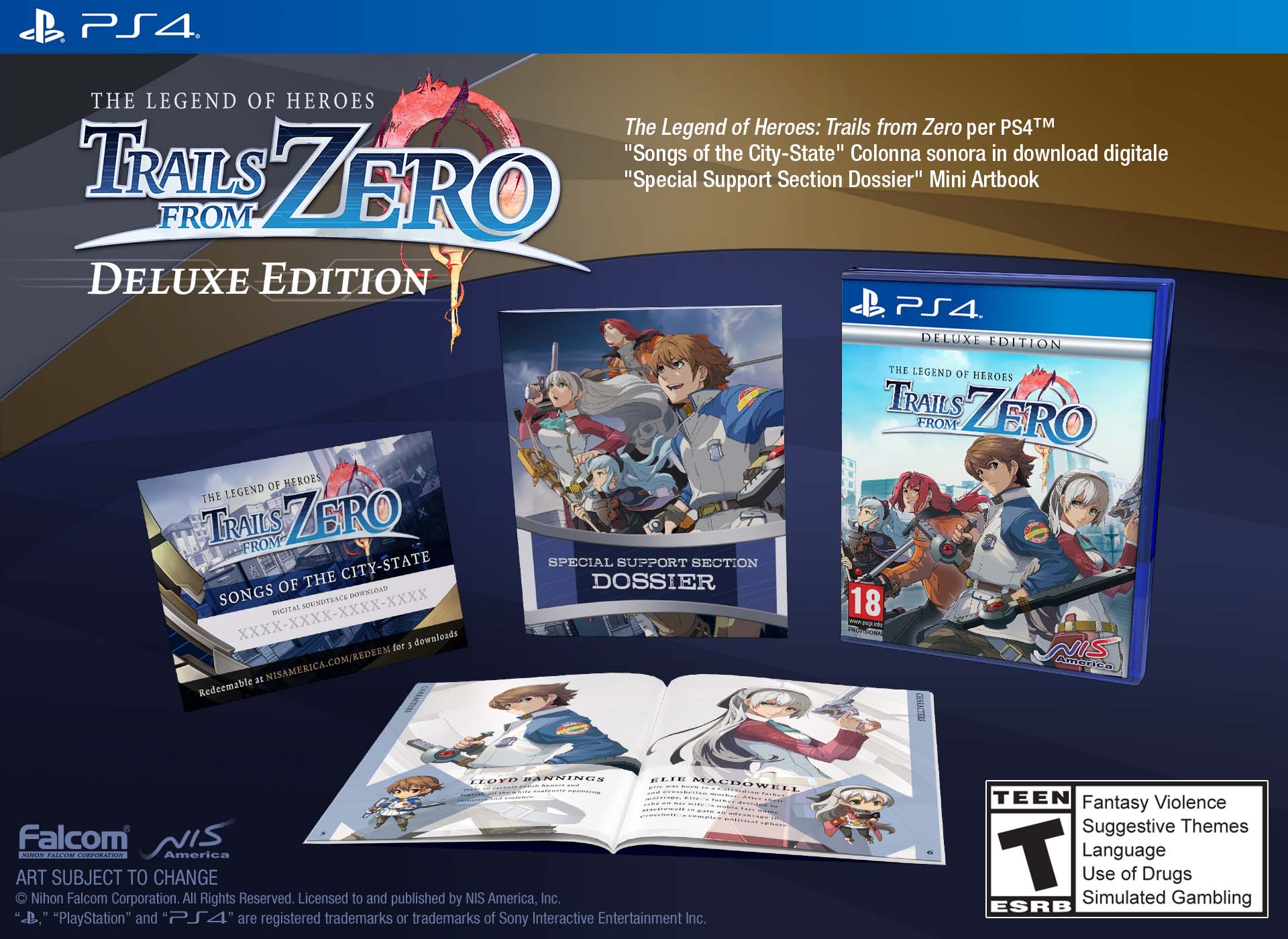 As a climax: a stuffed toy of Lloyd

As a detail, you also have an adorable stuffed toy of the protagonist, Lloyd, available in the same online store, which you can find here for $34.99. If it were up to us, we would buy 20…

What do you think? Will you try to get your own limited edition of Trails from Zero? Remember that stock is limited!