John Cena doesn’t know if he will be at WrestleMania 38 but has made it clear that he will return to WWE.

“WrestleMania is usually in late March, early April. I don’t know if I’ll do it this year. That’s a good riddle because there are a lot of good opportunities coming up, which I would love to take advantage of. If all those things line up, I don’t know if I can make it to WrestleMania.

“I will tell everyone who watches that I’m not done with WWE, far from it. This is my house, I love it. I was able to come back over the summer for a few months and entertain the crowd as they welcomed him to the arenas and I’m far from having had my last performance«.

► Will the Doctor of Thuganomics return?

And when he returns, it is expected to be as he did in the summer of 2021, as John Cena. However, in his recent interview with Pardon My Take -in the same one in which he gave his opinion about the rivalry The Rock vs. Vin Diesel- comments on the possibility of once again recovering the character of the Doctor of Thuganomics, which has become a much-loved piece of nostalgia for fans.

“Over the years, you’ve seen more of the good (version of) ‘Doctor of Thuganomics’ than in the last 10 years. The appearance at the Firefly Funhouse match, the appearance at WrestleMania with Elias.

“It’s almost as if that character has acquired a sense of nostalgia in itself. So when it shows up, it’s something that gets people excited. Then, never say Never”. 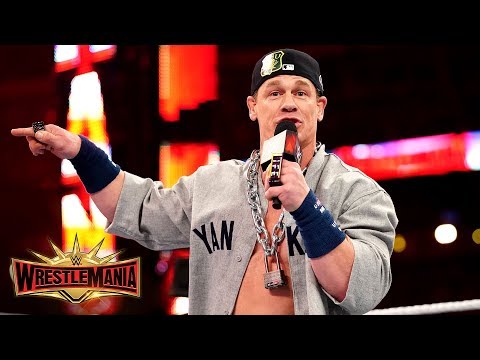