Anguish, uncertainty, fear and even helplessness are the feelings faced by people like Tiburcio Jiménez Méndez, 69, who he will greet the New Year by praying for his wife’s health outside a hospital from Villahermosa.

Originally from Chilón, Chiapas, Tiburcio has traveled to the hospital for three consecutive years Dr. Juan Graham Casasus to accompany his wife Rosa Miranda Sánchez, who every 21 days undergoes prolonged chemotherapy sessions to treat her suffering from ovarian cancer that is already in the third stage.

The only support they have found, sometimes, if there is not much demand, is a space, at night, in the hostel Oasis of Peace of the Holy Spirit Amparito, located very close to the Juan Graham Hospital and where aid is provided to low-income people who have nowhere to stay to sleep when they have hospitalized relatives.

Most of the people who come to this shelter are foreigners, mainly from Chiapas, since many, due to its proximity, prefer to travel to Villahermosa to be treated in one of its public hospitals, instead of going to their own state, since they are very retired or do not find the medical attention they seek to follow their treatments. 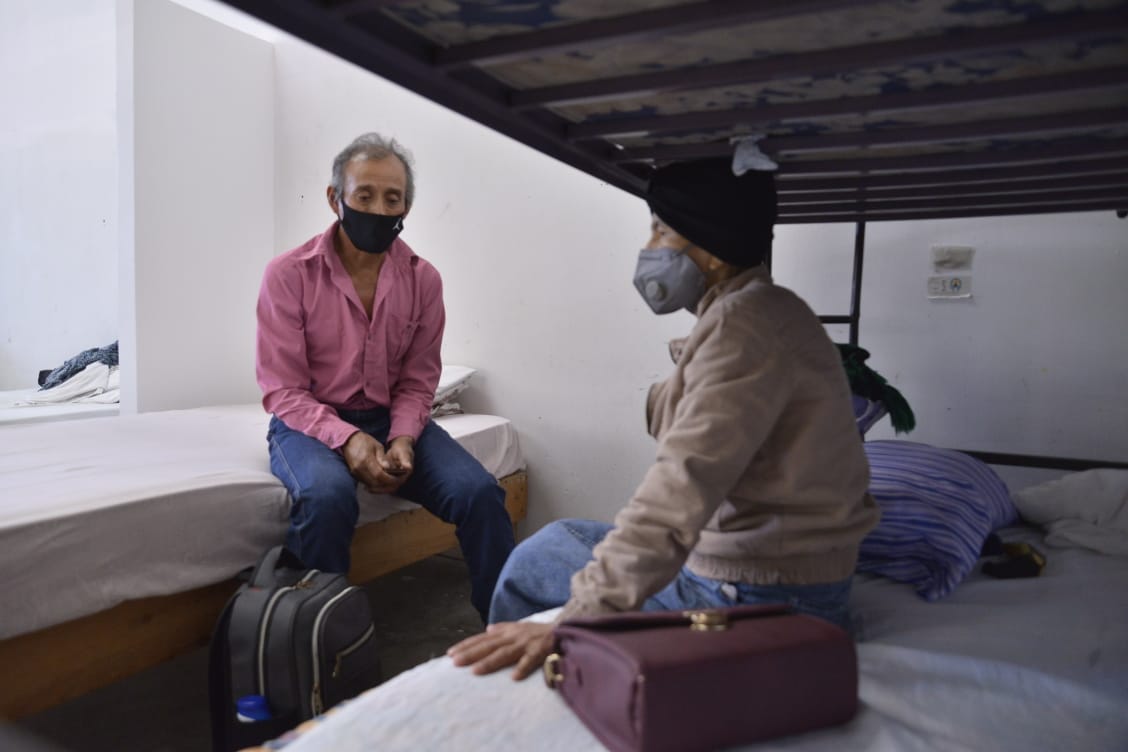 The The panorama that exists outside the hospitals of the capital of Tabasco is depressingBecause of the pandemic, companions are not allowed in the rooms of hospital institutions, so family members must spend the night outside, waiting to be called to know the progress in the health of their patients.

The anguish on the surface and often the impotence of having limited financial resources to be able to have a dignified stay in the process of the disease, is what is reflected on the faces of people like the Jiménez Miranda couple, since the elderly couple spend about 2,000 pesos on each trip they make to the city of Villahermosa and not counting food during the time they remain receiving treatment and the cost of medications.

With a trembling voice from the tears that he tried to suppress and that in the end he could not control, Tiburcio Jiménez mentioned MILLENNIUM that in the community of Chilón he is dedicated to the field and the cultivation of coffeeHowever, a plague recently struck his plantation that wiped out all that he considered a hope of earning some income.

Their suitcases are a couple of cloth bags, in which they carry and bring some clothes, because they spend more time in Villahermosa than in their own home, where they only arrive to see if everything is going well, and to borrow money. to return to that city to accompany his wife Rosa to continue receiving chemotherapy.

Before arriving in Villahermosa, he commented that his life partner was operated months ago in a public hospital in Tuxtla Gutiérrez, where he paid 35 thousand pesos, more medicine and lodging, later they sent him to Tapachula but it is very far away and for that reason, they decided to continue taking care of his wife’s health in the capital of Tabasco.

In addition to the third-stage cancer, he said that the doctors gave him the bad news that his partner had low platelets, which represents an additional expense, since each vial of the five that the treatment includes costs him 420 pesos, same that you won’t be able to buy until you get home to get another loan.

“Now, we are going to return to Chiapas to get money, because we no longer have, they are more than five thousand pesos, so that my wife can improve, because she has anemia and we have no money … we are going to return to ask for another loan, to be able to buy the medicine, “he said, taking his wife’s hand tightly. as a sign that she remains strong and clinging to life.

Since three years ago, the Jiménez Miranda marriage does not know Christmas and New Year’s dinner, because the time has elapsed in going and coming from one state to another to follow the treatment that has been suggested to him to the letter to reestablish the health of his wife and thus he can have a better quality of life, to despite his precarious economic situation.

The elderly couple have been together for more than five decades, And to say of Tiburcio, he will fight tirelessly so that his wife can overcome the cancer that she suffers in her ovaries and thus they can end this pilgrimage.