Uber Eats, the online ordering platform for food delivery from the Uber company, began accepting cannabis orders in the province of Ontario, Canada, from this Monday, November 22, when it included the retailer Tokyo Smoke in the catalog of locals enabled.

As confirmed by an Uber spokesperson to Reuters, Uber Eats users can order cannabis from the app and then pick it up at their nearest Tokyo Smoke store.

The aforementioned news agency reports that Uber, which already delivers liquor through its Uber Eats business unit, has had its eyes on the burgeoning cannabis market for some time.

In this regard, the CEO of the company, Dara Khosrowshahi, told CNBC in April that the company would consider delivering cannabis when the legal side is clear in the United States.

The BBC specifies that Uber Eats users will have to verify their age in the application and then they will be able to pick up their cannabis orders within an hour.

In addition to the ease for cannabis consumers that they can place their order through Uber Eats, this initiative also helps combat the underground market that still exists in Canada.

According to the Uber spokesperson on Monday, the illegal sale of cannabis still represents more than 40% of all non-medical cannabis sales nationwide.

Based on data from industry research firm BDS Analytics. Cannabis sales in Canada will reach $ 4 billion in 2021, and are projected to grow to $ 6.7 billion by 2026.

Cannabis by Uber Eats in Canada: When is the company planning to expand service to the United States

Although the option to order cannabis through Uber Eats is already available in the province of Ontario, the Uber spokesperson announced that at the moment there are still no plans to extend the offer to other regions of the country and the United States.

Asked by Reuters about the possibility of expansion to other Canadian provinces, or in the United States, the Uber spokesman said that “there is nothing more to share at this time.”

“We will continue to closely monitor market-by-market regulations and opportunities. And as federal and local laws evolve, we will explore opportunities with merchants operating in other regions, “the Uber spokesperson told the aforementioned source. 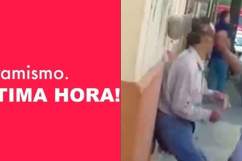 READ MORE: Florida: Girl defends her mother in a robbery and is decorated: Video