The HONOR 50 5G has just arrived in Mexico, but HONOR is already preparing its successor. The company has confirmed on its Weibo account the presentation of the HONOR 60 5G next December 1 at an event that will take place in his native China.

HONOR has not only revealed the official date of presentation of its new flagship but it has also taken the opportunity to reveal the design that it will have, and the truth is that there are not many changes. The HONOR 60 will take up the rear design with two large rings for the cameras, aspect already seen in HONOR 50 (and another distant relative).

Taking a closer look at the details, the HONOR 60 looks like it will house three cameras: one in each ring and a third small sensor right in the middle, instead of several cameras in one ring as the HONOR 50 did. see in the official image shared by the company. On the other hand, the rear finish also seems to change, now with a gradient effect that seems to simulate the starry night sky.

At the moment no more technical details are known in addition to these appreciable in the teaser. However, it is likely that HONOR will provide more information before the official event, and anyway, there are not many days left to officially know the new HONOR 60 and its possible brothers who could arrive to accompany it. 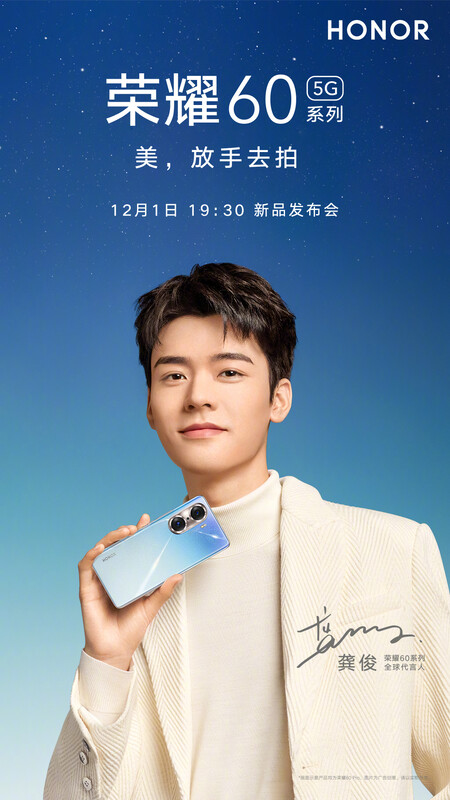 Introducing the new HONOR 60 is important because represents the accelerated pace of the company to drive its growth, not only in China but also in other markets around the world, previously paved by the launch of the HONOR 50.

Speaking of the predecessor, the HONOR 50 was introduced last June and marked the return of HONOR to the market, now as an independent company and also with full Google services, but it was not until more recently that it began its landing in various countries around the world, including Mexico.

In a few days we will know the new HONOR bet for the international market, waiting to know news for our country.