The french justice condemned the Real Madrid star on Wednesday Karim Benzema to one year in prison, with suspension of sentence, as accessory to the blackmail attempt to his former teammate Mathieu Valbuena with an intimate video.

“Benzema was personally involved (…) to convince his teammate to accept the blackmail, “said the Versailles correctional court, for whom the forward showed “some glee” and “no benevolence” with Valbuena.

The magistrates thus established a higher prison sentence to the 10 months requested by the prosecution during the trial in October, but they imposed the same fine requested by the public prosecutor: 75 thousand euros (87 thousand dollars). 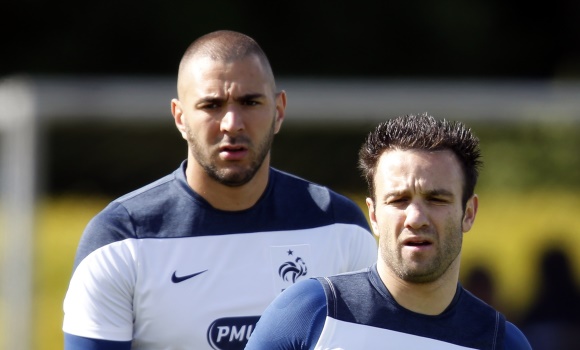 After reading the verdict, the lawyers of the 33-year-old forward, who was not present throughout the trial for professional commitments, they announced un future appeal against the conviction, which will suspend your application.

“The reaction is finally a reaction of anger,” said his lawyer. Sylvain Cormier, who charged against “a very harsh, unjust penalty and without proof.” The defense claimed that the “intentional element” of the crime did not occur.

During their arguments, the representatives of the prosecution emphasized instead that the star of the French national team had a duty to set an example, as “bearer of an image, a hope, a notoriety and moral values”.

Although the outbreak of the ‘sextape’ scandal he took him away from the French team for five years until his return on the eve of the Eurocup in 2021, the sentence seems that it will not take a sports bill, one year from the World Cup.

Two weeks ago, the president of the French Soccer Federation (FFF), Noël Le Graët, already told the newspaper Le Parisien that the candidate for the Ballon d’Or next Monday for his performance with the ‘Bleus’ “will not be excluded” in case you are convicted.

And, regarding the Real Madrid, It seems unlikely that the Spanish team, which plays this Wednesday a match of Champions versusl Sheriff Tiraspol in Moldova, sanction one of your best players, whom he has always supported in this case.