He marked many colleagues during his long career, that is why as a tribute and farewell, at TUDN they paid tribute to the late Javier Sahagún delivering a special decoration to his family, all this in the presence of several former teammates, among them Javier Alarcón, who returned to Televisa for this act.

The relatives of the journalist, who died on October 27, were given a recognition of the International Olympic Committee for the outstanding professional career of the man who is remembered for being a fervent Chivas fan and for having been the voice in Mexico for WWE broadcasts on Televisa. 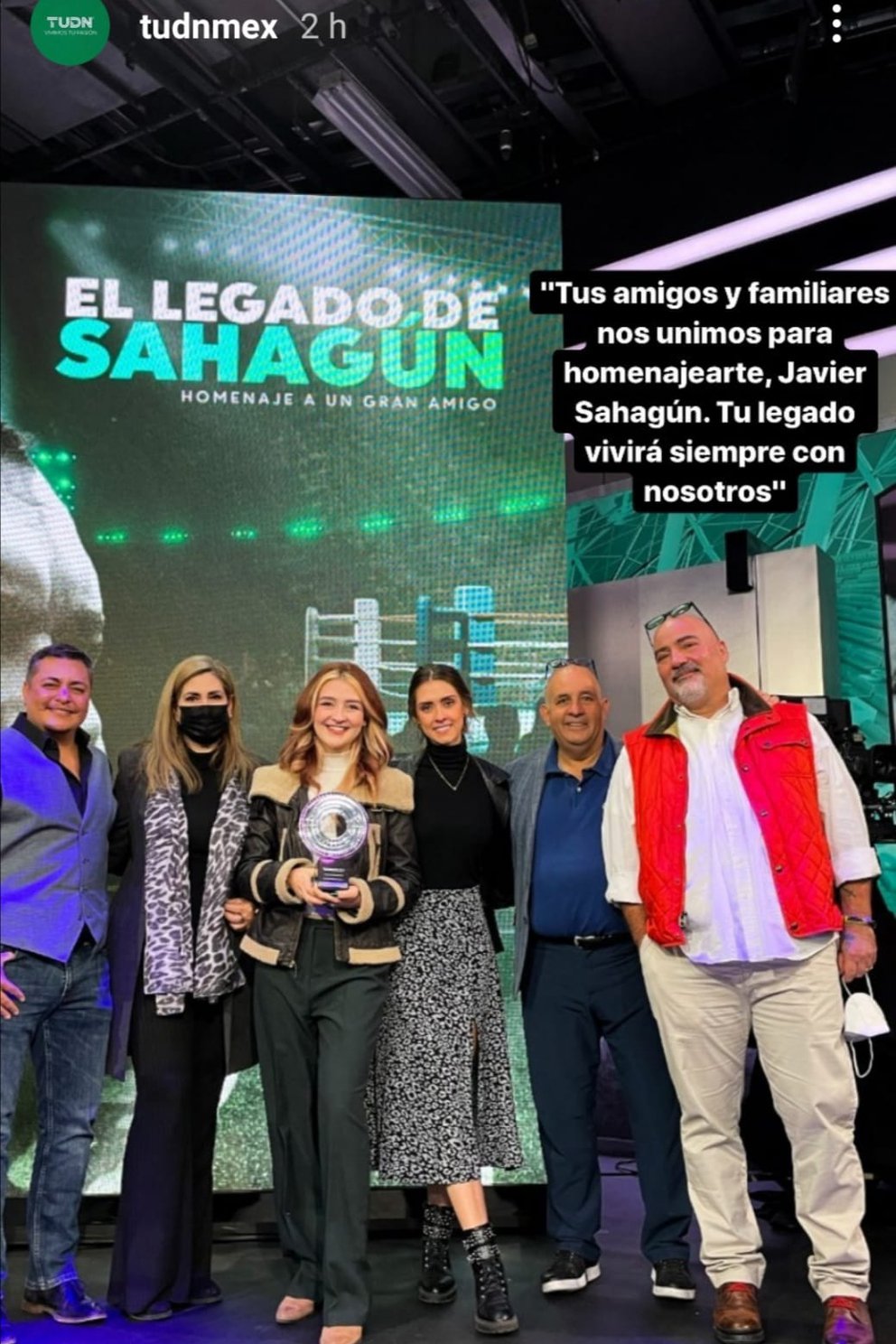 Sahagún worked for Televisa for two decades until in the 2016 was left out of the company as part of a staff cut, however, his great relationship with fellow journalists remained until the last day, to show all those who were present this Thursday at his tribute at TUDN.

Another that is no longer part of Televisa as Raul Sarmiento was present, as was Alberto Lati, although the renowned globetrotter of Fox Sports did so through a video, as well as Ricardo Peláez, who for years was a soccer analyst at the company and is now the sports director of Chivas.

Your legacy will live forever in us. Today, your friends and family were present at the tribute dedicated to you, @Javier_Sahagun; some present, others at a distance, but all remembering the great human and professional being that you will always be. Thanks a lot! ???? ️ pic.twitter.com/NudpjlgQKK

Even David faitelson, recognized for being part of the “anti-Televisa” school of José Ramón Fernández, clapped in social networks the ceremony in memory of Javier Sahagún, of whom to date the causes of death are unknown, although it is known that he had cancer, a disease of which he was declared the winner in 2020.

Very well. Applause. It is always important that a company has memory and values ​​to recognize those who gave themselves to it. https://t.co/98J8N2Grn2