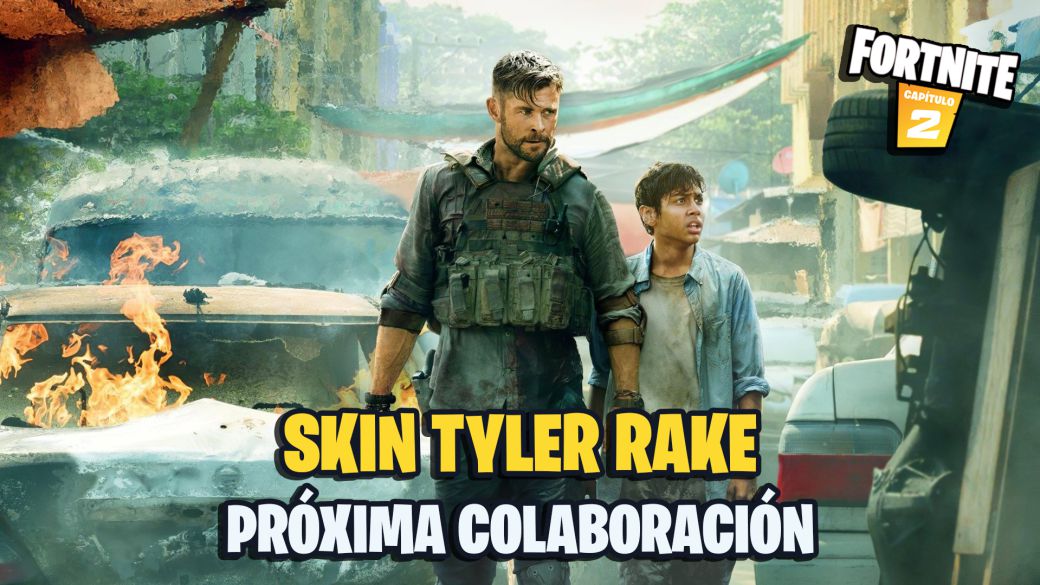 The arrival of Free Guy’s Uncle skin to Fortnite Battle Royale had an unforeseen consequence: thanks to him it has been leaked that Tyler rake, from the homonymous film starring Chris Hemsworth, will arrive in the game in the form of skin. We tell you everything we know about this next collaboration, and we remind you that currently, Fortnite Chapter 2 is in the Season 7 from his Battle Pass:

With the arrival of the Free Guy’s Uncle skin to Fortnite, the pakchunk1006-WindowsClient.pak file was decrypted. In addition to bringing the necessary files for the Ryan Reynolds skin in Fortnite, within this package there are also files related to a skin whose code name is “Dusty” (“Dusty” in Spanish); This new character turns out to be nothing more and nothing less than the character of Chris Hemsworth in the movie Tyler Rake:

Inside the files in this pack, there are simply various textures and a model of the headless skin. However, arm tattoos are unmistakable: we are facing Tyler rake, from the movie of Netflix released in 2020. Its original title is Extraction.


The funny thing is that Donald mustard, Creative Director of Epic Games, who always likes to leave clues on his social networks about upcoming Fortnite collaborations, in 2020 he already stated that “he would like to see Tyler Rake in the game” Before a hypothetical duel between the character of Chris Hemsworth, and John Wick, the character played by Keanu Reeves.

This is all we know, for now, about Tyler Rake in Fortnite. There is no official information about it, though the fact that these files are already inside Fortnite suggests that this collaboration should not be long in coming.