HomeGamingFortnite: What? Players want a Gordon Ramsay skin in the game
Gaming

Fortnite: What? Players want a Gordon Ramsay skin in the game 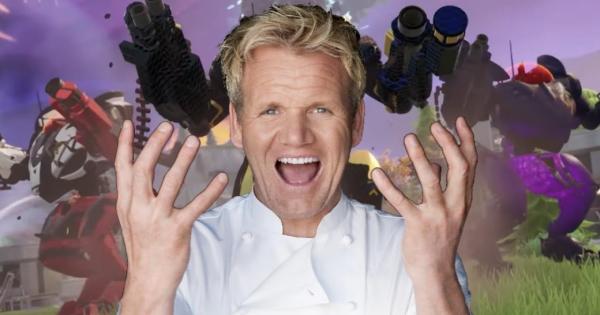 Fortnite has had all kinds of collaborations and some of them have taken the Battle Royale community by surprise. According to leaks, Epic Games already has more crossovers prepared for the coming seasons.

Of course, the community dreams of seeing characters and content from very popular video game, film and entertainment franchises in general. As strange as it may seem, there are also players willing to see figures not related to the medium.

We tell you this since members of the Battle Royale community voted for the collaborations that they want to see soon. To the surprise of many, many fans asked for a Gordon Ramsay skin, a well-known chef from various television shows.

In a post on the subreddit of Fortnite, players were asked which character they would add to the Battle Royale if they had the opportunity to plan a collaboration. The answers are filled with important and iconic figures in the entertainment industry.

Indiana Jones, the DOOM Slayer, Gordon Freeman, the Vault Dweller, Marty McFly, as well as more characters from Star wars, to name a few. One answer caught the attention of many, asking for a Gordon Ramsay skin, famous for shows like Hell’s Kitchen, MasterChef, among others.

The idea appealed to a considerable number of players, who even gave ideas for accessories for Gordon Ramsay’s outfit, who would use a frying pan as a pick, a trail of lamb sauce, and a bottle of oil as a glider.


As you know, Gordon Ramsay is the protagonist of various memes, so the Battle Royale community took the suggestion of the skin as a simple joke. This since it is unlikely that the chef will join the battles of the Battle Royale in an official way.

Apparently the chef is quite popular with the community of FortniteThey have created several memes about Ramsay and the Epic Games game. It’s worth mentioning that gamers also dream of seeing Spider-Man, Cayde-6, and Solid Snake in the title.

In case you missed it: Tim Sweeney criticizes Google and calls it a “business with a rotten soul”