Fortnite could be preparing the arrival of a great Batman enemy 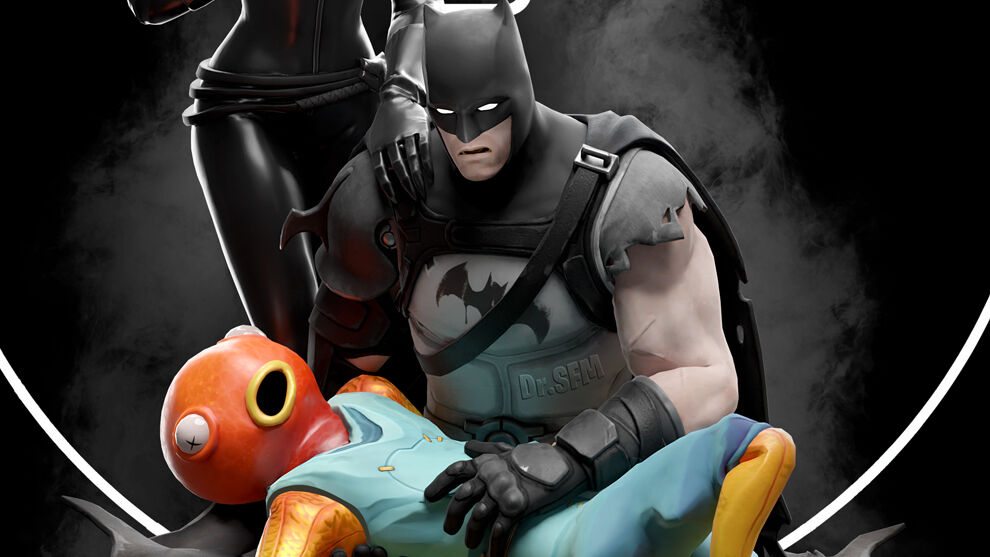 SPOILERS ALERT… but of course, you will say “that’s what I came to, to receive spoilers from the game”, but it is a different situation. This leak speaks of something that’s going to happen in the Batman Zero Point comics (the crossover between Fortnite and DC Comics) and that most likely translates to the game. But we go in parts.

First we must give its proper importance to the comic that, being called Zero Point, was thought to would have more to do with Season 5 than the current one (when, in fact, the Point was still active). All the DC characters that have appeared on its pages, have been present in the game: Batman Zero, Catwoman Zero and Death Stroke.

Yes, there have been more DC characters, but these three are the ones that correspond to this comic. Now, through his Twitter account, @ShiinaBR (account recognized for leaking Fortnite news) has stated that, according to the comic’s writers, a couple of characters will make their appearance.

And this is where Latin America comes in. Then a page of Comic # 6 of Batman Zero Point in Spanish was leaked (which is just going into circulation this week), which featured Dr. Sloane speaking with Lex luthor about a “deal” made between the two of them.

We don’t know what this is about, but Sloane indicates that she has already done her part and asks Luthor to look outside. The next image is a crack behind the iconic sculpture that crowns the El Planeta newspaper building. This makes all the sense in the world, if we remember that one of the characters in this season’s Battle Pass is Superman. Luthor will surely be one of the skins.


But by now more than one voice will have been raised. “But Lex Luthor is not Batman’s enemy!”. No, it is not. As we mentioned, Shiina spoke of “a couple” of characters. And Luthor is not the only villain to appear in that comic. The Batman Who Laughs also appears.

It is the most dangerous entity in the multiverse. The Batman who re-emerged from the negative universes during the Batman Metal. On Earth -22, Batman finally kills Joker, but at the cost of being infected by the toxin of his enemy.

The following is a Batman slowly going berserk to the same degree of anarchy as Joker, and after murdering all his close associates and members of the Justice League, is summoned by the bat demon Barbatos to bring chaos and destruction to other worlds.

Thus the Batman Who Re reunited the Dark knights at the Metal event. Then he got the power of Dr manhattan in another arc and finally faced Superboy Prime, one of the most powerful characters in DC.

Why is Dr. Sloane helping Luthor get onto the island? Or what do you want to get out of there? Was Dr. Sloane always mean? Or the Island of Fortnite is another of the worlds that will be invaded by Batman Que Re And the Dr. is just one of his many deceptions?