HomeGamingFornite, Street Fighter and The Lord of the Rings arrive in Magic:...
Gaming

Fornite, Street Fighter and The Lord of the Rings arrive in Magic: the Gathering 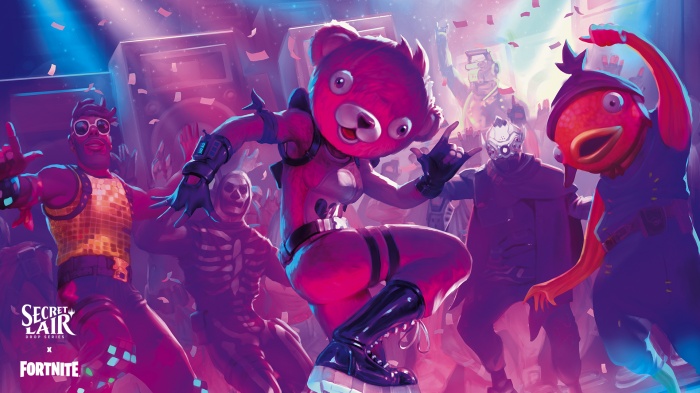 The full range of Magic: The Gathering products Announced also includes Warhammer 40,000 sets and the Netflix animated series that will debut in late 2022

Secret Lair Drop from Magic: The Gathering features specially selected ultra-collectible cards that are only available for a limited time. Fortnite You’ll get two Secret Lair series of your own that will contain iconic locations and characters from the game. The Secret Lair x Street Fighter release features classic Street Fighter characters like Chun-Li, whose card features the appropriate kicking mechanic.

Earlier this year, Wizards of the Coast announced plans to explore Universes Beyond, a way for fans to play Magic: The Gathering in fictional worlds beyond the blueprints of Magic. The next addition to the Universes Beyond series is The Lord of the Rings: Tales from Middle-earth ™, where players can fight for The One Ring with Aragorn, ride with Nazgul, conspire with Saruman, or travel to Mount Doom. Gandalf, Gollum, Frodo and more will be part of this Magic: The Gathering release in 2023 that will immerse fans in Middle-earth.

Universes Beyond will also bring products Warhammer 40,000 Commander next year. Fans can look forward to four decks featuring new art, new cards, and reprints that are set in the world of Warhammer 40,000. Players can look for the opportunity to go into battle with the Space Marines fighting other factions of the 41st millennium in the third quarter of 2022.

“Magic is at the core of our business and the brand has never been bigger,” said Chris Cocks, president of Wizards of the Coast. “From associations with great pop culture emblems such as Street Fighter, Fortnite and The Lord of the rings to a Netflix animated series due out next year. There has never been a better time to be a Magic fan. “

While the series rally the planeswalkers familiar and loved by Magic fans, it also introduces new characters and begins an entirely new story, so anyone, even if they’ve never played Magic before, will enjoy the story from the very first episode.

The next novel from the acclaimed fantasy author Django wexler It will be released alongside the Netflix series premiere and provides richer context as a prequel to the series. The novel serves as an expansion of the events that unfold in the Netflix series and dives into how Gideon Jura and Jace Beleren they come together (and at the same time distance themselves) as they share goals, but different perspectives and skills.

To finish Magic Showcase 2021, Wizards of the Coast revealed their upcoming set releases with releases scheduled for 2022. Kamigawa: Neon Dynasty will be released in the first quarter of 2022 and is set in the classic shot of Magic Kamigawa, but traveling 2000 years in the future. The launch in Q2 is Streets of New Capenna, a world of bravery and glamor that mixes angels, demons and Magic. Players will take on the role of one of the five crime families and compete for power in the city.

Dominaria United will be launched in the third quarter of 2022 and takes players back to Dominaria, the plane where it all began in 1993. Rounding out the year is The Brothers’ War, one of the most important and pivotal stories in Magic history, released in the fourth quarter of 2022, the perfect plan to visit on the occasion of the Magic 30th anniversary.

To learn more about everything that has been announced during the Magic Show case, please visit https://magic.wizards.com/en/articles/archive/feature/what-happened-magic-showcase-2021-08-24 .