HomeCelebrityFirst image of Denzel Washington and Frances McDormand in The Tragedy of...
Celebrity 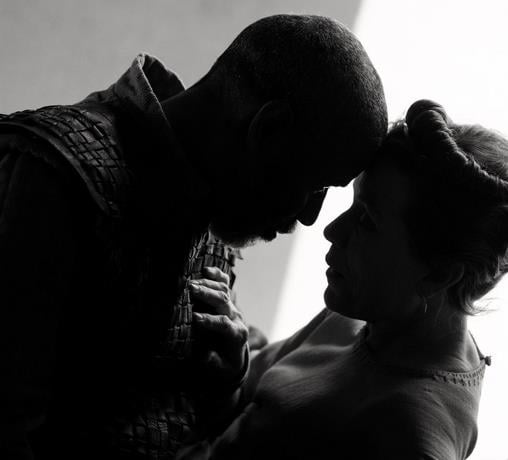 Joel Coen adapts William Shakespeare’s popular play into The Tragedy of Macbeth, starring Denzel Washington and Frances McDormand. The film will premiere at the 59th New York Film Festival on September 24 and, after a period yet to be determined in theaters, will be available for viewing on Apple TV +. While waiting to know the release date, A24 and Apple have released the first image of the protagonists.

In the photo you can see Lord Macbeth (Washington) and Lady Macbeth (McDormand) about to kiss. “Joel Coen’s courageous and creative reading of the Scottish play is a work full of severe chiaroscuro and captivating rage. It is a film of overwhelming anguish that examines, with fascination, a world devastated by greed and ambition without measure, “says the synopsis.

“Denzel Washington, in a very introspective register, plays the man who wants to be king, and a Machiavellian Frances McDormand is his Lady. Both offer meticulous interpretations of jaded characters, a couple who will end up plotting a political murder and maddened by guilt, after hearing the malevolent predictions of a trio of fateful sisters, played by Kathryn Hunter, “add the companies.

As A24 and Apple point out, the film is influenced by the “bleak visual design of the classic 1940s adaptations directed by Laurence Olivier” and by “the bloody medieval madness of Kurosawa’s” Throne of Blood “, albeit with the Unmistakable hallmark of Coen.

“This version reflects the current moment through a terrifying story about an amoral assault on political power that, like its protagonist, will mercilessly advance towards hell,” adds the description.