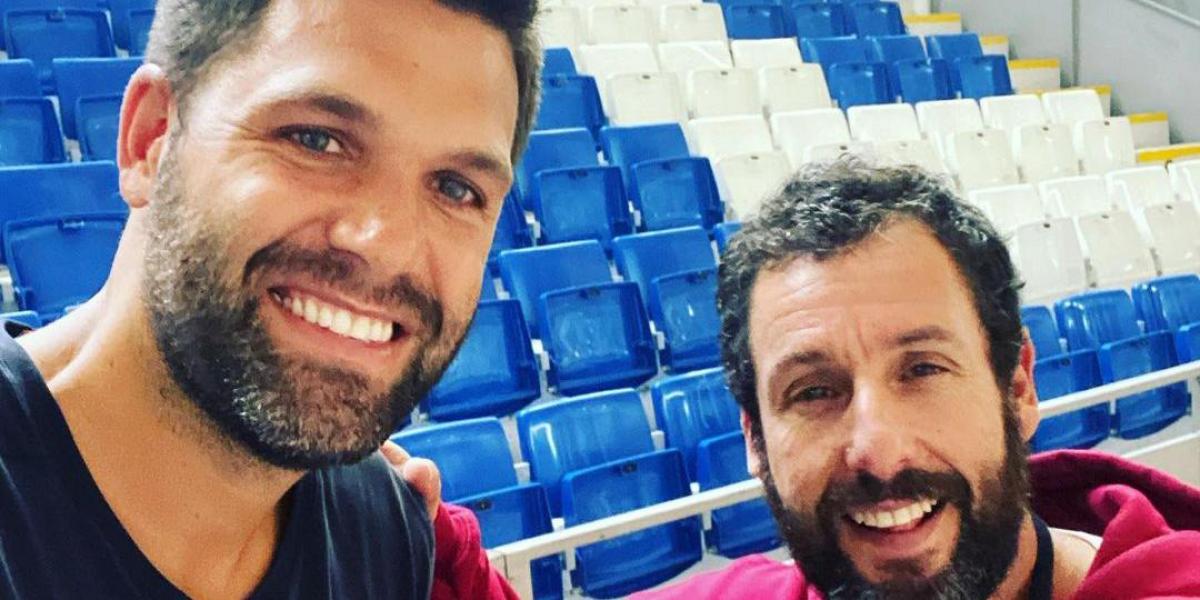 Majorca has become these days in the stage from ‘Hustle‘, the new super production of Netflix who will star Adam Sandler and which is co-produced by the actor himself in collaboration with Lebron James. The film will feature stars such as Queen latifah, Ben foster and Robert Duvall, but there could also be some other surprise. And is that Felipe Reyes could have been encouraged to participate in the production.

The filming of ‘Hustle’ has been taking place at the Son Sant Joan airport, in the center of Palma and at the Palau Municipal d’Esports Son Moix. Places where, as expected, crowds of onlookers have come. But some of the players who are part of the Spanish basketball team, such as Alex Abrines, Jose Manuel Calderon, Pierre Oriola or Felipe Reyes.

Most of them have shared on their social networks snapshots with the Hollywood actor, who will remain in Mallorca until next August 20. However, it has attracted special attention the message that Reyes has written on social networks, where he shared a ‘selfie’ with Sandler on Wednesday taken at the San Moix sports center.

“A pleasure to shoot with one of the greats of comedy. Thanks for your kindness”, Wrote the basketball player next to the image, implying that we could meet a cameo of his in the new Netflix movie.