HomeGamingCharacter 17 - Cube Killer in Fortnite Season 8: where is she...
Gaming

Character 17 – Cube Killer in Fortnite Season 8: where is she and how to kill her 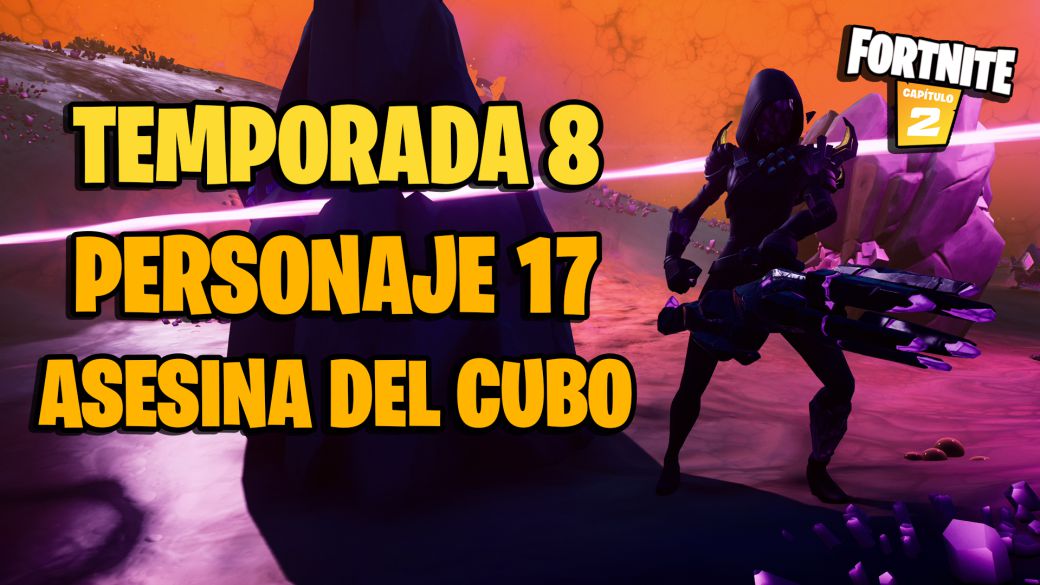 Fortnite Season 8: where to find character 17 and how to kill him?

The Cube Killer, the 17th character from Season 8 from the Fortnite Chapter 2 Battle Pass is a special NPC that only appears in anomalies of The Parallel in Solo, Duos, Trios and Squads game modes. Has a random chance to appear in an anomaly when we have reached the second elimination target.

As you already know, El Parallel anomalies are purple portals that appear and disappear constantly and randomly all over the island. This is what they look like:

These portals are visible on the map at all times:


Approaching the purple portal, We will start a match against the monsters of the El Parallel cube:

As we fill in the progress bar of the encounter by killing enemies, there is a random chance that the Cube Killer will appear (does not always appear):

The Cube Killer has high health and shields. When we liquidate it, we can obtain a Parallel Minigun of mythical rarity, one of the new mythical weapons of Season 8 of the Battle Pass of Fortnite Chapter 2.

What’s more, once we have eliminated the Cube Killer, she will appear in her holographic / ghostly version as a neutral character. By talking to her, we can add her to the collection of characters. This NPC sells us parts of monsters from the cube, one of the new Manufacturing materials of this season that allows us to improve the new Parallel Weapons. This is the only service offered by this new character from Season 8 of Fortnite Chapter 2.