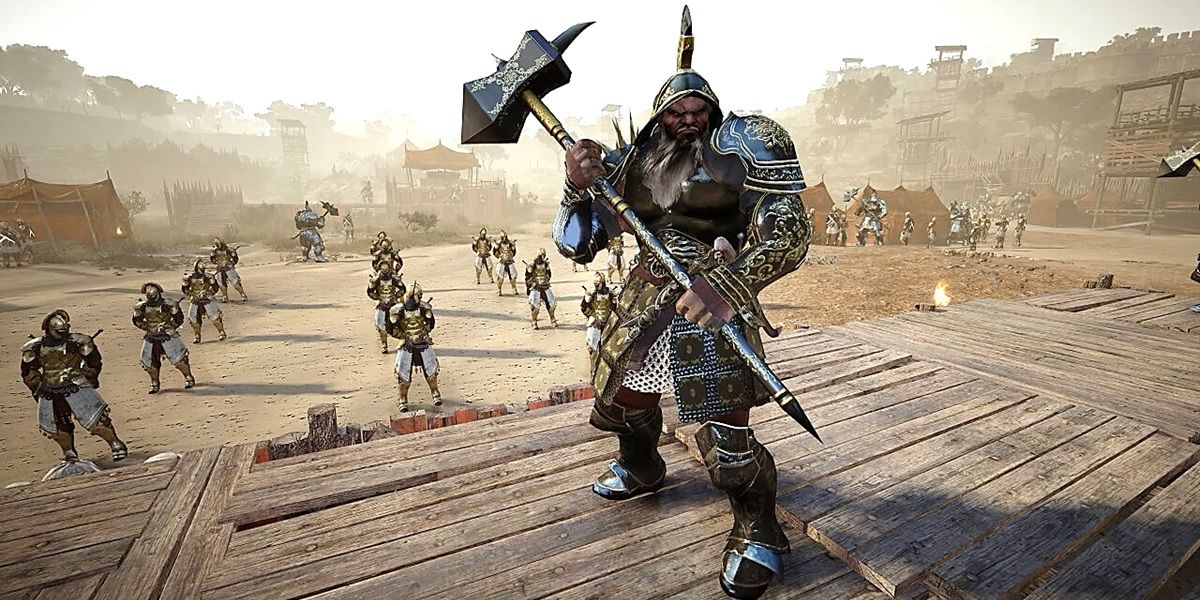 Among all the types of games that exist, MMOs are without a doubt the most engaging. And not precisely because of its mechanics, but because of the fact that mix very well the RPG characteristics with the social component of online games. Remember that MMO is the acronym for “Massively Multiplayer Online”. As such, MMO games always place you in an environment where you can interact with other players in a variety of ways.

In almost every MMO you can join guilds and Get together with your group to raid dungeons together, complete missions and kill bosses. Although many of these games also allow you to face other players in frenzied PvP (player versus player) battles. Sounds good, no?

Due to how ambitious these games are, a few years ago there weren’t any that you could play on your mobile. Fortunately, mobiles have become more powerful and there are already many quality MMO games for Android and iOS. Here we present the 10 best ones. 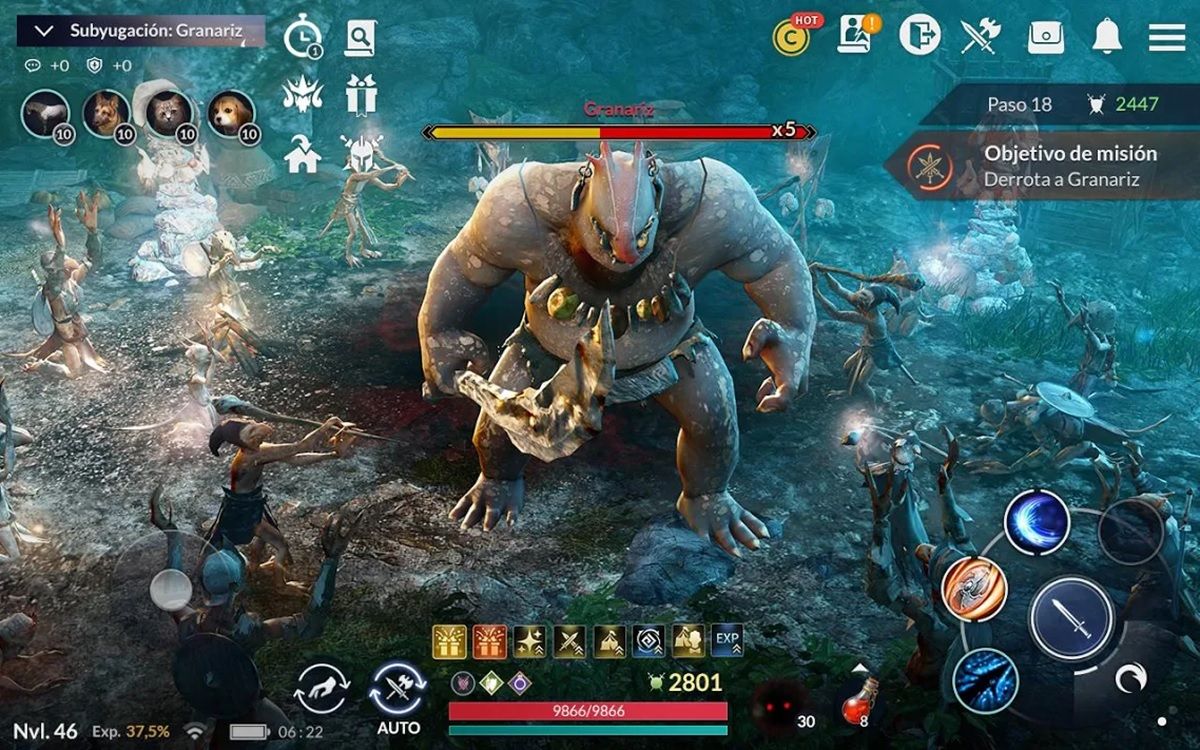 If you like fantasy RPGs with extremely attractive and realistic characters (Final Fantasy style), Black Desert is an MMO that you will like. In the game you will start by creating your own character (there are many customization options) and then they will drop you in a huge open world with many missions to do online. Before starting your adventure, you will have to choose one of the 5 available classes that will define your combat style, as is usual in this type of game.

In Black Desert you can have both pets and horses and even your own camp that you can improve and expand as you progress through the missions. Too you can fish, chat with friends and do many other activities beyond fighting. It is a very complete game and has brutal graphics, so there is no doubt that it is one of the best MMORPGs that you can play on your Android device, iPhone or iPad.

EVE Echoes, a space MMO where you can pilot ships through the cosmos 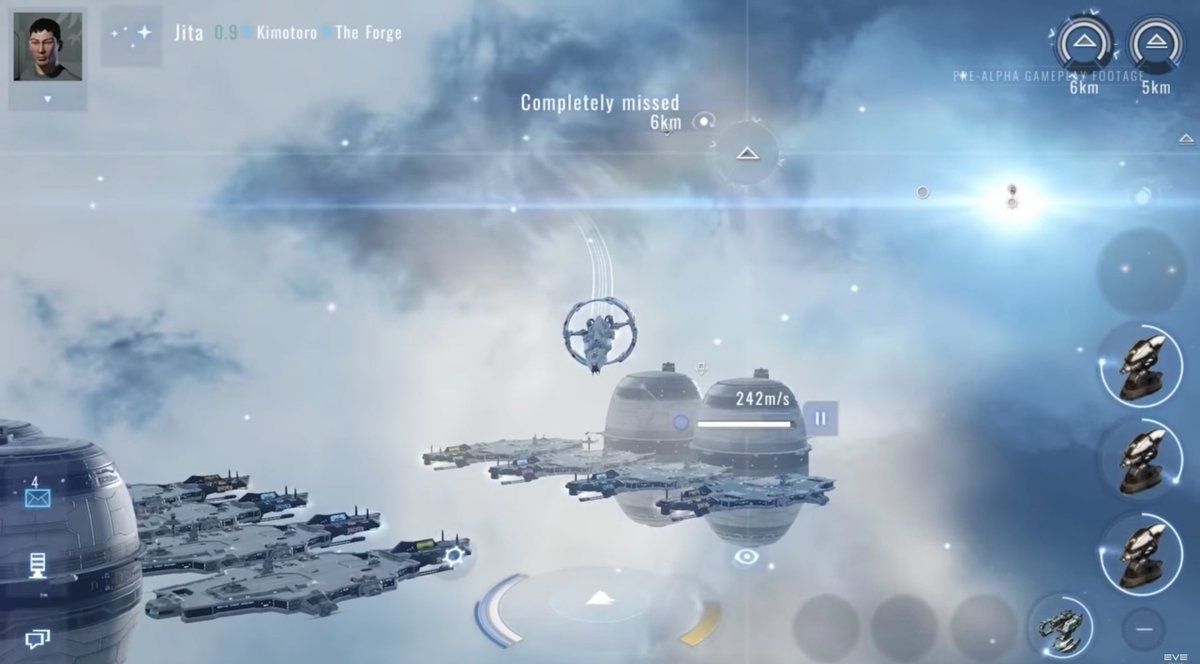 EVE Echoes is an MMO that moves away from all the clichés of the genre. It has no swords or spells and is not set in a fantasy or medieval world. This game takes you to the vastness of outer space and allows you to pilot amazing spaceships. You can freely navigate through space and team up with other players to do missions, explore, search for resources, hack and fight.

There are over 100 different ships that you can use and customize. EVE Echoes also offers a PvP (player versus player) mode for you to prove that you are the best pilot in epic and massive space battles. The game is free (with micropayments, of course) and visually it looks spectacular. So we recommend you try it. 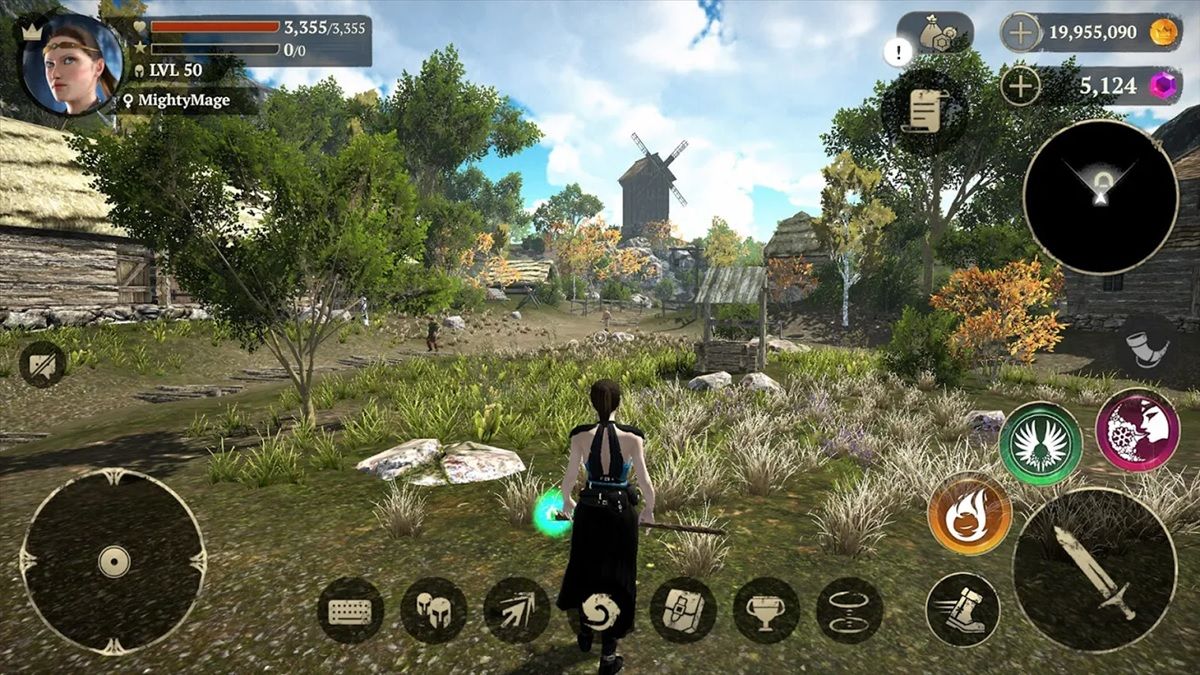 And if you prefer medieval open world games with a touch of fantasy like Skyrim or Oblivion, give Evil Lands a try. It is an action RPG game set in a huge world, very beautiful and with an excellent musicalization where you can do many online missions with friends and play PvP battles.

After choosing what kind of hero you want to be (a warrior, a sorceress or an assassin), you start playing immediately without having to go through lengthy tutorials, since the controls are standard and intuitive. You will have to explore magical environments and forests with dungeons where fearsome monsters lurk. Obviously, the risk / reward factor exists in this game, so by defeating these beasts you will receive juicy loot with which you can improve your character. 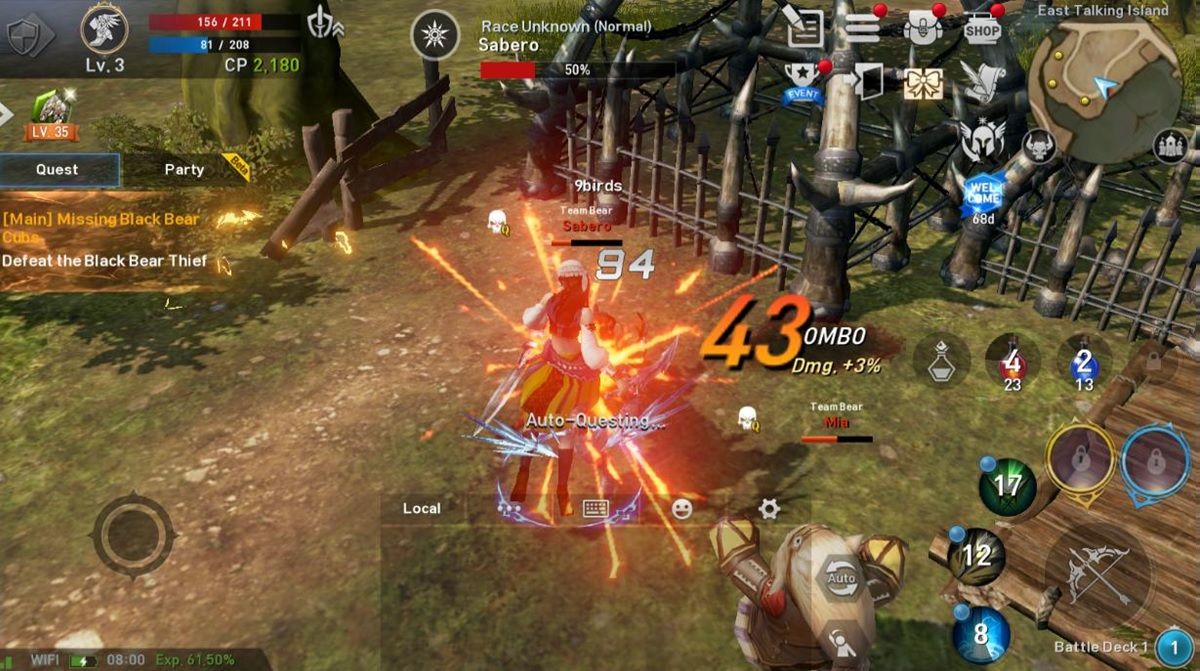 Lineage 2: Revolution is an MMORPG similar to Black Desert, but with a very interesting addition: 50-player versus 50-player real-time battles. When they work well, These wars are very epic because the game allows you to fight with melee weapons, spells and ranged weapons. Everything turns into chaos. In addition to PvP, the game also offers dungeons, boss battles and much more in an open world that is perfectly integrated so that you can always play with someone, whether you join guilds or not.

Old School RuneScape, a classic that never goes out of style 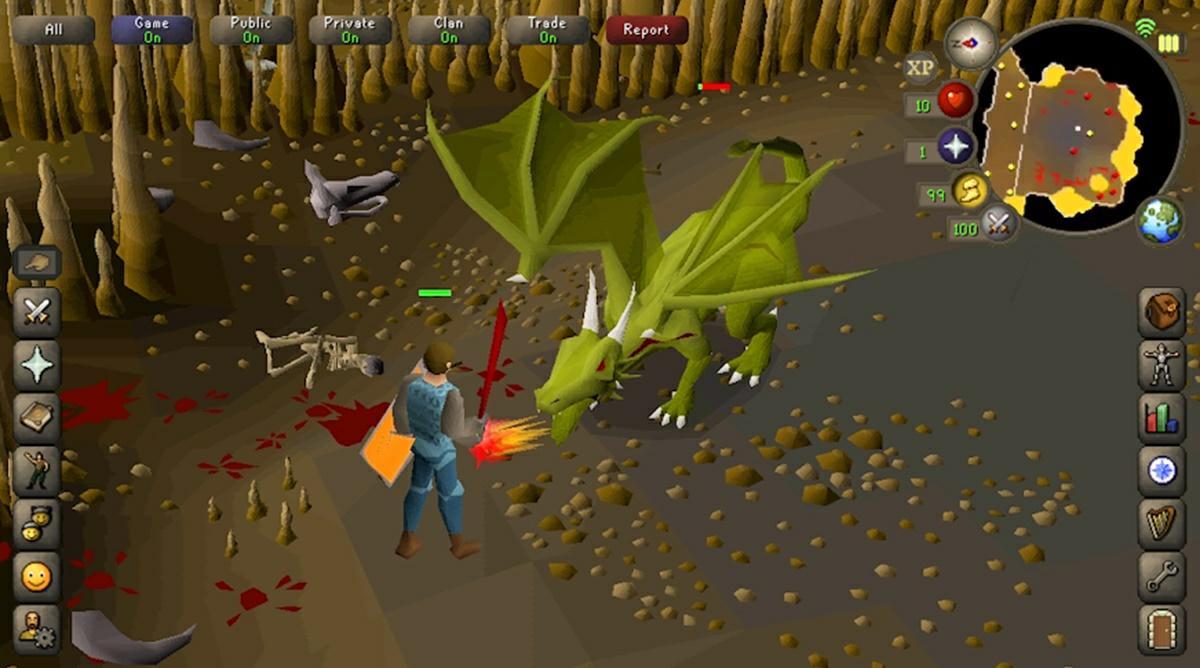 If we talk about MMOs, we cannot leave out RuneScape. This historic game is available for mobile at a classic version called Old School that features cross-play. That means that you and your friends can play indistinctly on your mobile or PC: they will do so with the same accounts and in the same game worlds.


RuneScape is a game where you can smash monsters to Farming objects, making equipment, cooking, fishing, doing parkour, mining, decorating your house and much more… There is a great variety of tasks and missions that you can do with friends or strangers. It is really very addictive, so we recommend you try it wisely.

Another MMO mobile game that mimics the most modern Final Fantasy both in terms of its aesthetics and its playability is Perfect World Mobile. It is not the most played today, but it has a lot of quality and is based on Chinese mythology. Offers a great world to discover, mounts, a standard combat, cooperative missions with other players, among other things. It’s visually very pretty (above average) and it’s free, so you don’t lose anything by giving it a try.

But if you like the anime style of games like Genshin Impact more, Toram Online will definitely be to your liking. It has everything you could expect from an MMO, including an overwhelming amount of tools to create your character and make it truly unique. Another thing that sets it apart from generic MMOs is that it doesn’t make you choose between one class or another. As you play, you yourself personalize the weapons and choose the combat style with which you feel most comfortable.

And if that was not enough, It has a campaign mode with a story and very entertaining dialogues in case you are not interested in playing with other people. Of course, you can also play cooperatively with your friends and have a good time in its open world with many things to do. 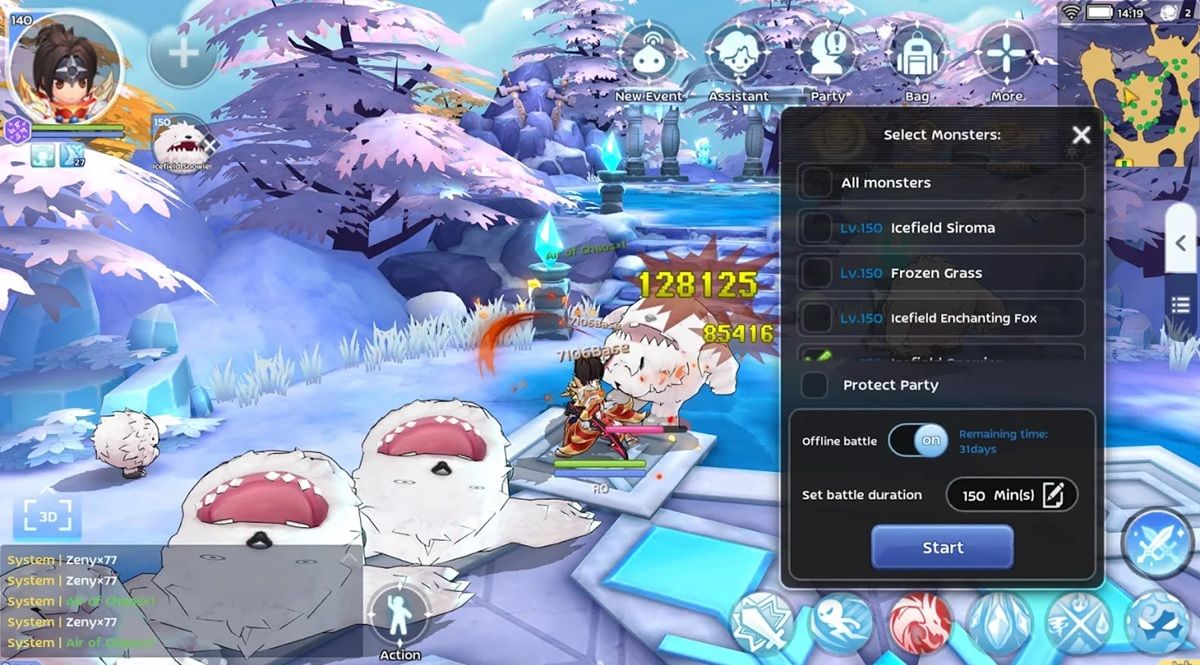 Ragnarok M: Eternal Love is another excellent game with anime style. It is based on the 2002 game Ragnarok Online, so maintains many classic RPG mechanics that will appeal to gamers of the old guard. It offers many classes to choose from, allows you to play with friends online or offline, and they regularly launch events where you can participate for great rewards.

Both for its visuals and for its classic MMORPG mechanics, we could say that Adventure Quest 3D is the World of Warcraft for mobile. And it is not reinventing the wheel at all: you can do a lot of missions, raid dungeons, fight with bosses, create a character and much more. Where Adventure Quest 3D really shines is in its multiplatform support between mobiles (Android and iOS) and PC that allows you to play with many people online.

World of Kings, another alternative to World of Warcraft for Android and iOS 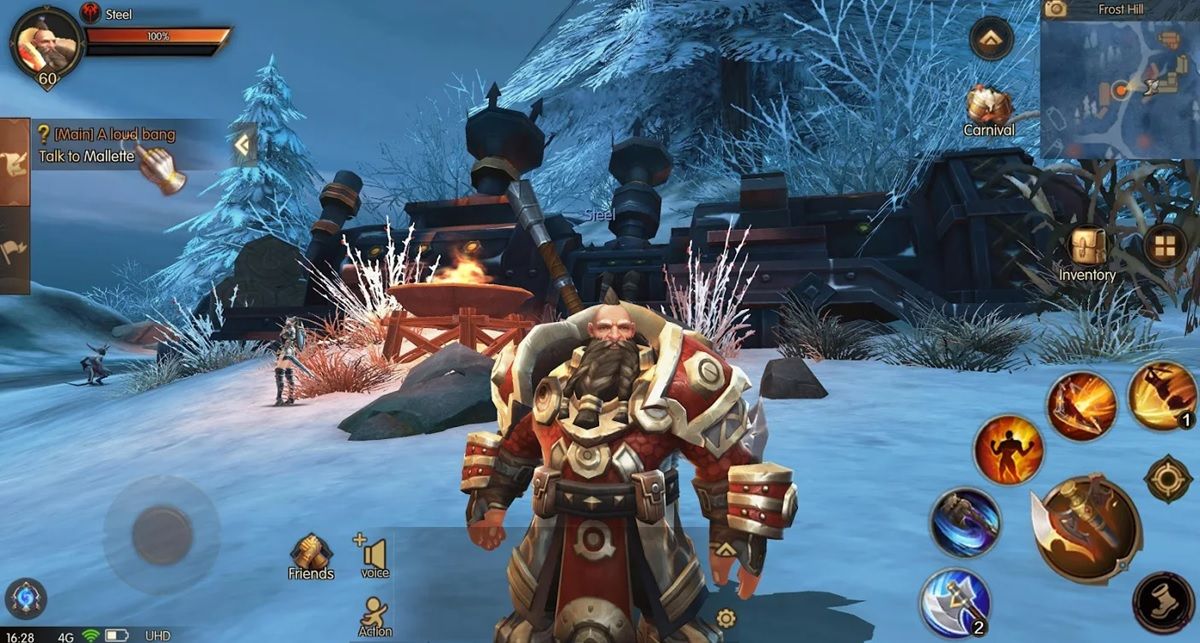 Finally, it is worth recommending World of Kings, which is a good alternative to World of Warcraft to play on your mobile. Thanks to your Huge open world with epic dungeons and support for up to 25 players fighting together Against a variety of powerful enemies, this is one of the most addictive MMORPGs you can find. It offers many objects that you can farm, pets, weapons, equipment, classes, guilds and everything else that characterizes this type of game.

So far our list of the best MMO games that you can enjoy on your Android, iPhone or iPad. Which one did you like the most? Do you already play one of these? Tell us your opinion …