These are the Hollywood movies that have been filmed in Colombia 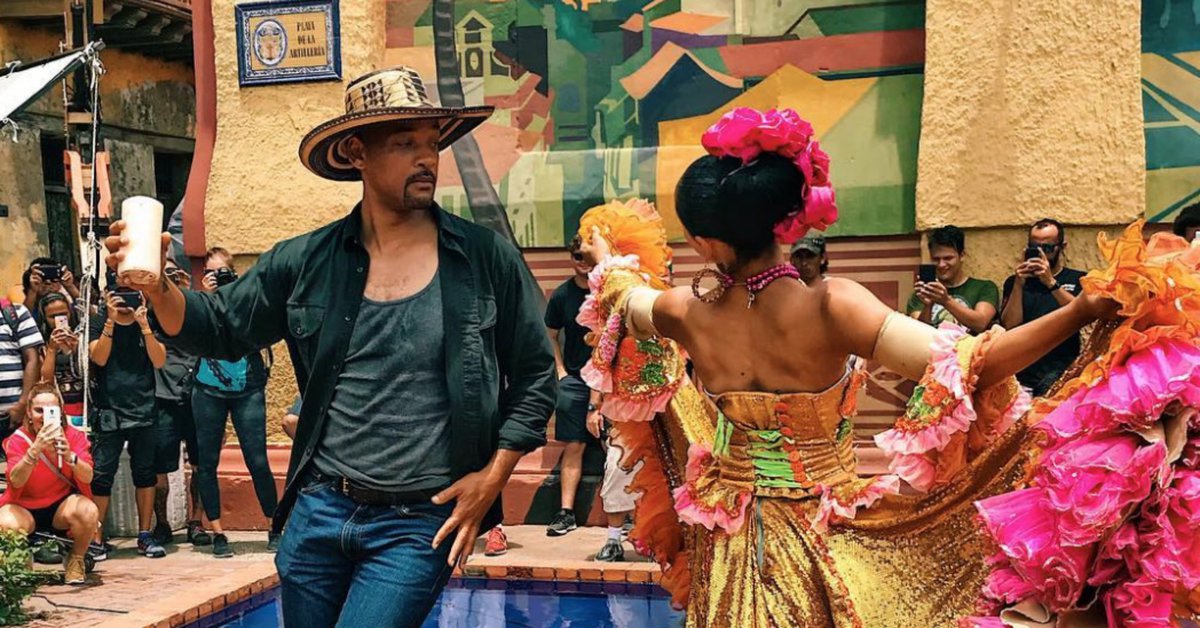 For film recording in Cartagena, Will Smith donated $ 100 million to merchants and now the money does not appear. Photo: Instagram, Will Smith

With Law 1556, which is known as the Filming Law in Colombia, great Hollywood stars, such as Charlize Theron, Nicolas Cage, Will Smith, Javier Bardem, Penelope Cruz, Mark Wahlberg and Antonio Banderas, have come to participate in different shootings that have been carried out in Colombia.

This law tries to grant tax benefits to locals and foreigners for recording audiovisual pieces in Colombia. Within this initiative it is intended to give the return of 40% of the value of the expenditure made by the production companies in the contracting of national pre-production, production and post-production services; and an additional 20% for expenses in hotels, food and transportation.

These are some of the productions that were filmed in the country:

A few years ago, the renowned American actor Will Smith was in Cartagena for the recording of the film ‘Gemini Project’ by director Ang Lee. According to several people in the tourism sector, they considered that this recording was the best tourism campaign the country could have. “With 31 million followers on Instagram, can you imagine the impact that the actor can have if he publishes a video dancing in Getsemaní”, commented Claudia Triana, director of Proimmages.

Tom Cruise’s visit caused Colombians to take to the streets in the cities of Medellín and Santa Marta, as these were the scenes of the film. This film recounts the life of a CIA agent, the Central Intelligence Agency, who was a pilot for Pablo Escobar.

This is based on a look at the real drama of a group of Chilean miners who were trapped for 69 days underground. The actors Antonio Banderas, Juliette Binoche and Adriana Barraza participated in this production. And it was shot in the Nemocón mine.

This film was made in Honda, in which the life of Sarah and Paul Harriman and their little daughter, Hannah, is narrated, who leave their life in London behind and settle in a house at the foot of the Colombian jungle to become run the family business, owned by Sarah’s father. They will soon discover that their new home is frequented by mysterious children.

Daniel Radcliffe, known for being Harry Potter in the saga of the eight films, came to the country to play Yossi Ghinsberg who was lost in the Amazon in the mid-1980s. The British actor immersed himself in a mighty Cundinamarca river to achieve the best action sequences of the film. The filming of ‘Jungla’ took place in Bogotá, Villeta and Sasaima.

“Colombia was incredible, I have never filmed in a place as exotic as this. It was challenging, sometimes because of the terrain, but it was worth it. I should especially mention during our stay in Colombia the safety team that supported us on the river: they are all rafting champions, great treasures, “said Radcliffe in an interview.

This action film starred Freida Pinto and Mickey Rourke, and was shot in Choachí, Cundinamarca, La Calera and Bogotá. In the film, three people are involved in a dangerous game full of violence.

Based on a book of the same name, it stars the Spaniard Mario Casas. In Colombia it was filmed in Cesar, Santa Marta and Bahía Solano. This film is about a love story that takes place in Spanish Equatorial Guinea. Produced by Nostromo Pictures with Dynamo.

Javier Bardem and Penélope Cruz arrived in Colombia in October 2016 to shoot the film by León de Aranoa, also responsible for the script, which tells the rise and fall of the famous drug trafficker and billionaire paisa, Pablo Escobar, who was charged with more than a thousand murders. The film also recounts the sentimental relationship that the most dangerous Colombian drug trafficker of all time had between 1982 and 1987 with the journalist and popular television presenter from that country Virginia Vallejo.

In 2018, Oscar nominee Mark Wahlberg toured the streets of Bogotá and Puerto Boyacá as part of the filming of Peter Berg’s action film ‘Milla 22’.

This series, which was produced by Netflix, focuses on the power that the drug trafficking business achieved, seen from the history of some of its most important bosses. Starring Wagner Moure, who was also in ‘Elite Troop’, in the role of Pablo Escobar and Chilean Pedro Pascal, who was part of the fourth season of the ‘Game of Thrones’ series. Directed by José Padilha, ‘Elite Troop’ and ‘Robocop’.

Diana Diaconu: “The authors of ‘Latin American Short Story Anthology’ illustrate the deep identity of the genre and her life”
The validity of Andrés Caicedo, the great Colombian cultural agitator who brought Cali to the world