HomeCelebrityThe sex scenes between Jennifer Aniston and Jake Gyllenhaal were "torture" for...
Celebrity 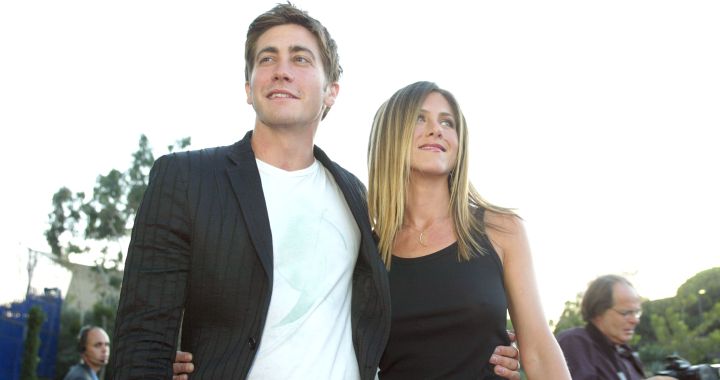 Jake gyllenhaal, unforgettable Brokeback Mountain co-star and now in the Marvel franchise with Spiderman, just confessed how complicated it was to shoot sex scenes with Jennifer Aniston. So much so, that he has qualified that experience as a “torture”.

Three years before embarking on the aforementioned film in which he shared the lead role with Heath Ledger, he was the lover of the Friends actress in the romantic comedy The good girl. It was 2002 and there was something that prevented him from developing his work in the best possible way, especially in the most intimate moments of the film.

This is what he has confessed in a recent interview on the radio program The Howard Stern Show on Sirius XM. The shooting days for Jake were really difficult for a reason that went beyond the mere act of acting: he was in love with his partner.

“Oh yes, it was a tortureYes it was, ”he laughed at Howard Stern. “But on the other hand it wasn’t, of course. That is to say, it was a mixture of sensations”. This is how the artist described those moments with what was his crush for a time.

“Interestingly, love scenes are an awkward thing, because there were 30, 50 people? around looking. That does not put much. It’s pretty mechanical. And it’s also like a dance, you’re following a choreography for the camera. You can get deep into it, but it’s like a fight scene, you have to learn it, ”the actor acknowledged.


The pillow trick in bed scenes

In addition, he also spoke of pillow trick, very popular in bed scenes: “I remember a pillow, yes, we used it. It was a preventive thing and is always used when maintaining a horizontal position in a movie. Everything else was authentic. “

In fact, it was Aniston herself who came up with the idea: “I think she was very kind of suggesting it before we started. It was like: ‘Let’s put a pillow around here… ‘. It was just that, ”the Oscar nominee said in 2005.