“It has been a privilege to act with Érika Vélez” 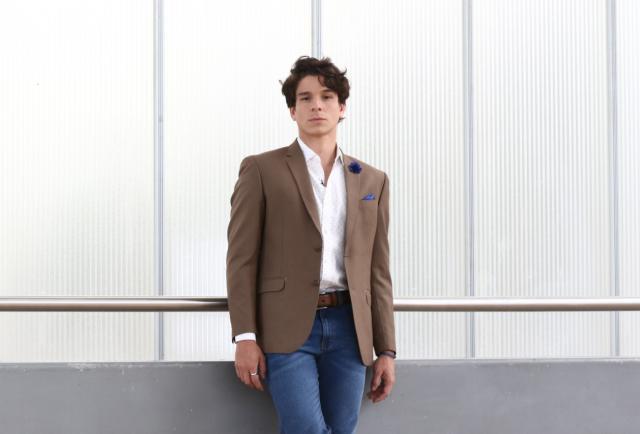 Diego Chiang is one of those integral artists who prepare in everything and for everything and thus are ready for any role that comes their way. The actor who plays the young and terrible Mateo in the TC series Almost forty, He not only acts, he also sings and dances in the best style of Hugh Jackman.

“Every role that has come to me I see it as an opportunity in my career. It is a new challenge, a new experience. In the specific case of Mateo, it is an experience that is distinguished from others because I work with very professional and experienced people “. it states.

Mafer Ríos: “I don’t give a damn what people say”

Diego refers to the fact of sharing the set with Érika Vélez, Carolina Piechestein, Juan Carlos Román, Diego Spotorno, among others.

“It is something different from the characters that I have developed before. Even in musicals he gave life to docile boys with a sweet character. I wanted to challenge that versatility that sometimes we ignore that we have it until we have to face it ”.

The fact of characterizing Mateo implied for Diego to remember his time as a rebellious adolescent and dissatisfied with the ‘establishment’ and to let himself be carried away by its norms and convictions. “It is the beauty of my character, who is not comfortable with what he lives inside the house and is eager for other experiences. The highest peak comes when he gets involved with a friend of his mother ”.

Teresa Arboleda: “I have not received any offer from TC”

His field work consisted of remembering situations that suddenly he did not experience, but some of his friends did or knew about them outside of his environment. “At school, who wouldn’t bother a classmate for having a pretty mom or a pretty sister or with a good body.”

On Almost forty, According to Diego, the viewer identifies because the fictional story takes real events collected and adapted into a script. “There are those who are afraid of raising issues like those shown in the series that are so everyday, but that you don’t suddenly expect to see on the local screen ”.

YOUR SCENES WITH ÉRIKA VÉLEZ


The chemistry with the Manabi actress emerged from the beginning. “It has been a privilege to perform with Erika and I have told her so. You learn a lot about his professionalism and the way in which he takes care of his image and his acting work as the plot progresses. I admit that at the beginning I was very nervous about the contact our characters had ”.

He affirms that it is within the framework of constant respect and communication that the scenes in which the fire arises between the two were recorded. “Within a few months we were already laughing at each other, everything was done in a bearable way. Until the last moment we had to record, we enjoyed it a lot. Of the most heartfelt moments, memorable scenes remained ”.

The recordings of TC’s stellar dramatization will run until this month and a new production with most of the cast is not ruled out due to the good audience results.

Jon Kent, the son of Clark Kent and Luisa Lane is bisexual

“I think that a good production is also the reflection of a good team. From the beginning we all got involved as colleagues, we formed a team dedicated to their profession and what was being pursued with Almost forty-odd women who beyond recording, the idea was to enjoy and enjoy what was done and it is something that is noticeable until now ” .

With whom he has managed to forge a friendship outside the TC studio, he quotes Carolina piechestein. “I feel like he takes care of me like I’m my mom (laughs). Even when we do not record and it is a protectionist role that I can take with another partner ”.

After having been the lead singer of the pop band Invasores for six years and presenting the video for the melody Wanted to lose, Diego enlists his solo career. “Everything has responded to a process. I have worked on demos on the one hand and on the other taking care of details of what is intended to be achieved both visually and in the musical and sound concept, it has been done with pauses, but the time has come to launch myself with everything. I speak of an elaborate proposal and it is an important step for my career ”.

Among his references, this lover of pop and r & b cites Michael jackson already Justin timberlake. “Today’s trend is the urban and I will go for that branch without forgetting the pop that will be present in what I do both in the instrumentation and in the vocals.” Diego has always seen himself as a ‘performer’ who sings, dances and displays energy on stage. “It is my school and there will be a surprise at the end of this year.”