HomeGamingGlobal War Forces in Fortnite Season 8: what are they and where...
Gaming

Global War Forces in Fortnite Season 8: what are they and where are they? 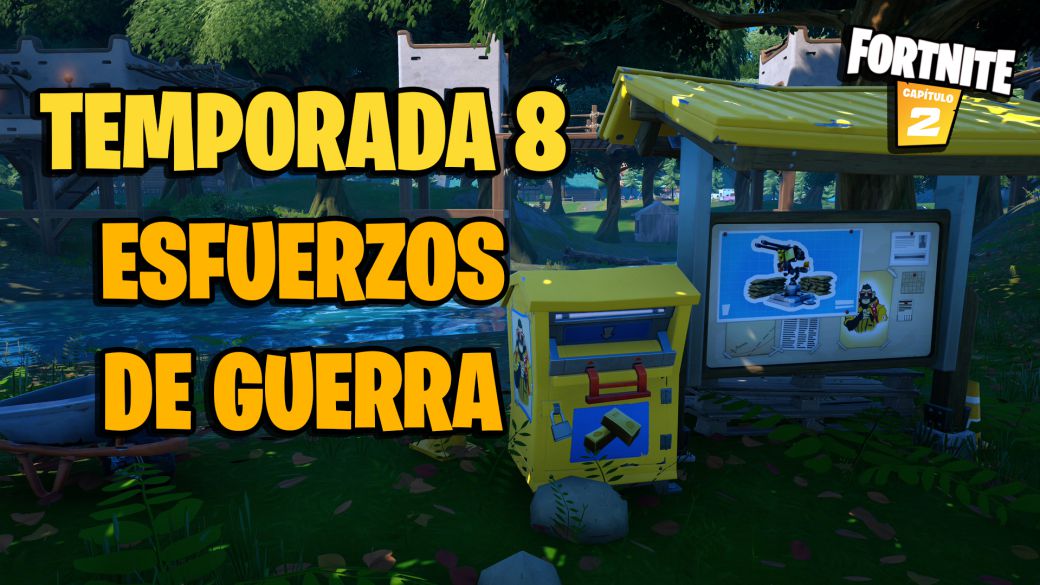 The War Efforts/Global Efforts is one of the novelties of the Season 8 of the Battle Pass from Fortnite Chapter 2. This is a new game mechanic that allows players to use their gold bars to change the new map. In this section of our complete guide from Fortnite Battle Royale we tell you where are they, how to find them and What do they do.

In every named location on the Fortnite Battle Royale island, there are Terminals of War Endeavors / Global Endeavors. Is about machines that ask us for gold bars so that, once the required goal has been financed, a mounted turret appears.

The War Endeavors / Global Endeavors terminals take into account the progress of all players in the world of Fortnite. In other words, progress is global; it is a collaborative effort between all players from all parts of the planet.


Besides this, there are also donation boxes, as the season progresses, to vote which objects we want to return from the camera.

The first votes will be between the following objects. When enabled, the first object to be funded in a total of 4,000,000,000 gold bars will return from the chamber and will be available in the games of the normal game modes: