HomeGamingFortnite: Epic accepts that Imposters is inspired by Among Us after criticism...
Gaming

Fortnite: Epic accepts that Imposters is inspired by Among Us after criticism for plagiarism 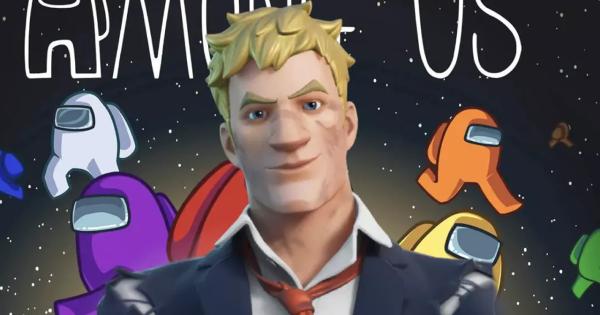 It was in August that Epic Games announced Imposters, a new game mode for Fortnite That didn’t go unnoticed for good reason. The modality recovered the key mechanics of Among us to offer a different experience in the Battle Royale.

Criticism of Epic was swift, as a part of the community pointed him out for plagiarizing the Innersloth game. Even the developer spoke about the case and accused Tim Sweeney’s study of tracing the proposal of Among us.

After several months of silence, Epic today implemented some new features to Imposters and took the opportunity to clarify the situation. This since he finally recognized that the modality was inspired by Among us.

Find out: Google accuses Epic of getting rich in case Fortnite and makes counterclaim

Epic Games announced that Imposters mode now includes the new Role Preference feature, which will allow players to select whether they prefer to be an imposter or an agent. This will give them a greater chance of playing their favorite role during public and private matches, but the choice is not guaranteed.

Additionally, the company added a long-awaited feature: a playlist with open voice chat. Quick chat options will remain active for players who want to play without audio in chat.

The interesting thing is that Epic recognized in the official blog of their Battle Royale that Imposters is an experience inspired by Among us, so he mentioned Innersloth’s title on the Fortnite.

“Patch v18.20 comes with improvements to Imposters, the game mode inspired by! Among us from Innersloth! ”Epic wrote. The company did not comment further on the matter, but it is clear that it decided to acknowledge the inspiration to avoid other problems and more accusations of plagiarism.

Impostor’s mode, inspired by the hit @AmongUsGame, received some updates in v18.20 including:

✅Role Bias – Agent or Impostor? Get a better chance of getting the role you want
✅Open Voice Chat Playlist – Discuss who’s being shady

It is not known if Innersloth and Epic Games spoke about it, as several developers of Among us previously published harsh criticism against Imposters. It is worth remembering that this is not the first time Fortnite is accused of plagiarism, as he was previously accused of copying the Battle Royale mechanics of PUBG.

In case you missed it: there would be a movie Fortnite because Apple removed the Battle Royale from iPhone